WWE have reportedly decided who Edge will challenge for the title at WrestleMania 37. 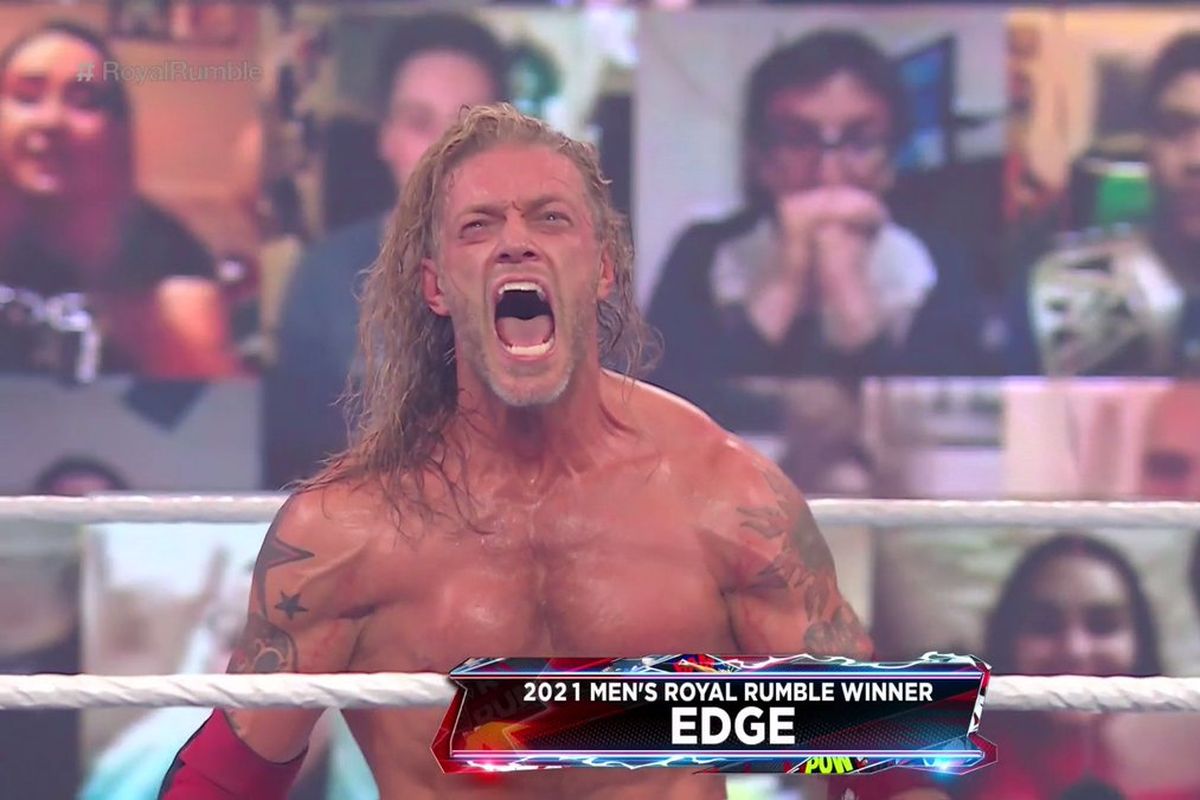 The 47-year-old capped a remarkable comeback by outlasting 29 other men to win the Royal Rumble on Sunday from the No.1 spot.

He ended a near-decade of retirement with his shock return at last year’s event.

And now he is heading back to the WrestleMania main event for a title shot after running the entire gauntlet at the Thunderdome.

That was his return following surgery last summer – and the perfect way to mark 11 years since his first Rumble win.

Now speculation is mounting on which title the veteran star will challenge for at the Showcase of the Immortals in April.

‘The Rated R Superstar’ appeared on last night’s episode of Raw and still has not decided on who he will face.

He did tease yesterday that he was leaning towards an epic showdown with McIntyre.

According to a report from F4WOnline he is now likely to jump ship to the SmackDown brand.

And that means he will challenge WWE Universal Champion Reigns instead.

Whoever it is the icon does choose to battle he has already made a promise to.

He vowed that no matter which champ he collides with, he will be walking out of WrestleMania 37 with the title.