Home » Sport » Eden Hazard's injury 'worse than expected', admits Zidane with Real Madrid star out for at least a month

The ex-Chelsea winger is yet to play for Real Madrid this season and will be out for a further month. 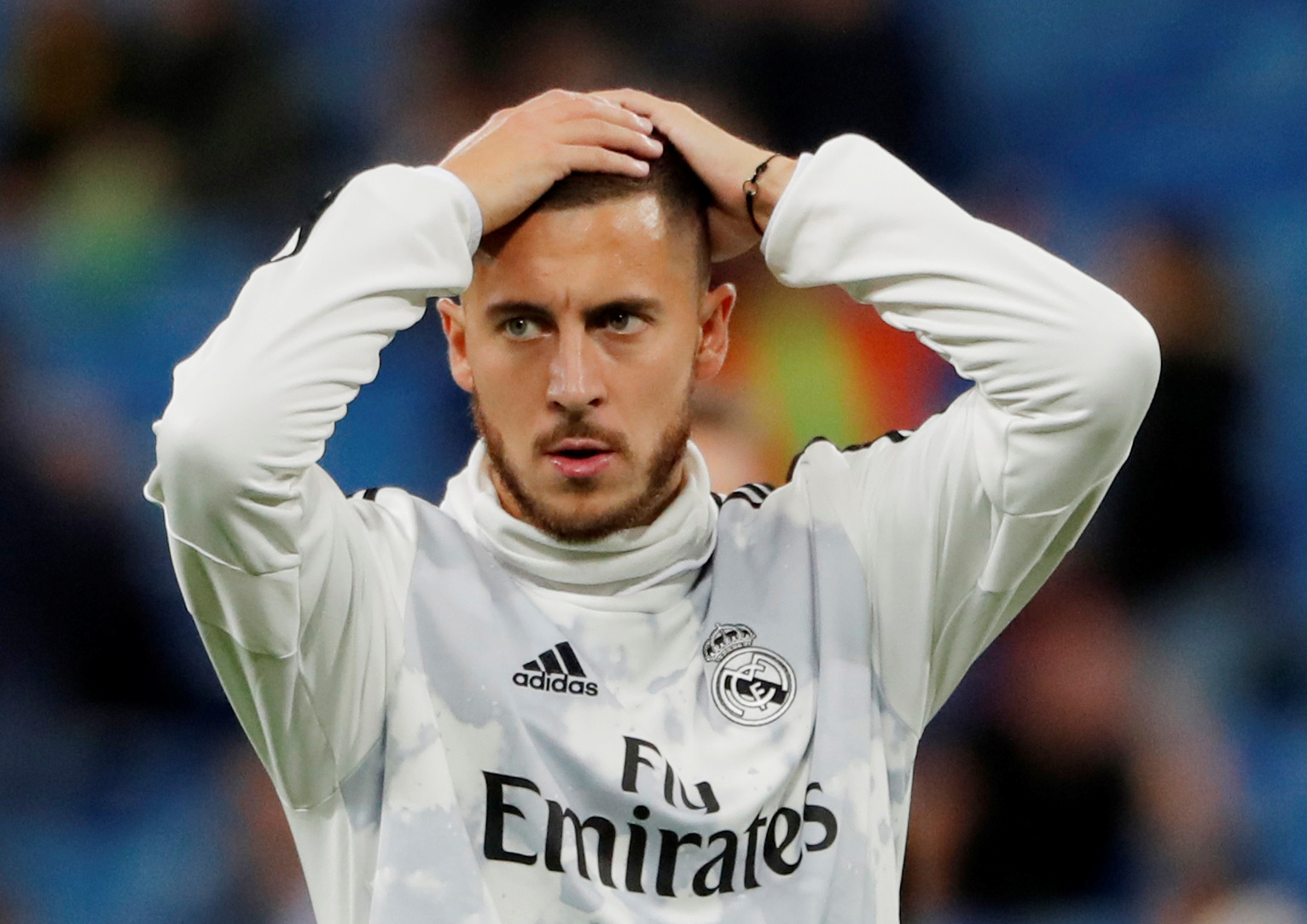 Despite the latest setback, the Belgian is back training with Los Blancos but Zidane was hoping to have him back sooner.

Speaking ahead of Real's home Champions League clash against Shakhtar Donetsk tomorrow, Zidane said: "His injury was more than expected.

"But he has already stepped out onto the field.

"I fully trust the people who work with him.

"I hope that soon we can see Hazard forever. We want him to come in and be with us all season."

Hazard will now have to wait until at least November 18, according to Marca.

The former Blues ace, 29, moved to the Bernabeu in a deal worth up to £150million last summer.

But in that time the trickster has been plagued by weight issues and injury problems.

He was on the verge of a return to action having been named in the squad to take on Real Valladolid on September 30, but he was withdrawn soon after.

Real Madrid claimed Hazard is suffering from a muscular injury in his right leg.

In a statement, the club stated: "Following tests carried out today on our player, Eden Hazard, by Real Madrid Medical Services, he has been diagnosed with a muscle injury in his right leg.

"His recovery will continue to be assessed."

In Hazard's career, the winger has played 687 games, missing just 68 due to injury.

However, since joining the Bernabeu ranks, Hazard has missed 34 matches – accounting for more than HALF of his total career knocks in just over a season.

A year ago, the former Lille man turned up to his first pre-season nearly a stone overweight, by his own admission.

Hazard went on to have what he called the "worst season of his career".