CONOR McGREGOR was given the middle finger by Dustin Poirier's fuming wife Jolie after the chaotic end to UFC 264.

The Irishman suffered a broken fibia after collapsing on his ankle in the first round against Poirier. 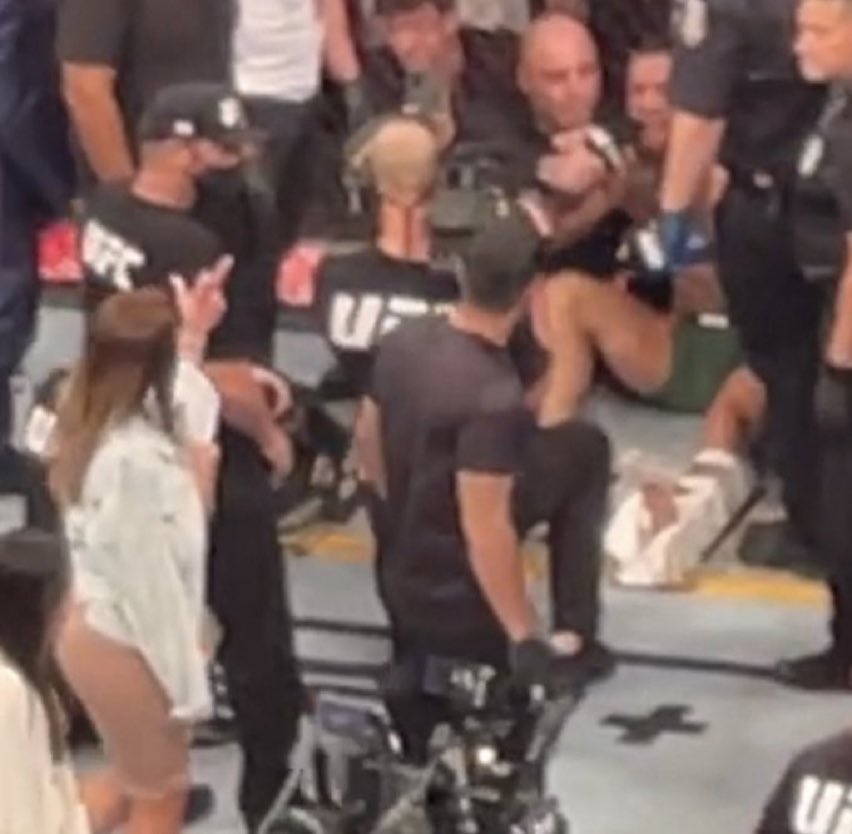 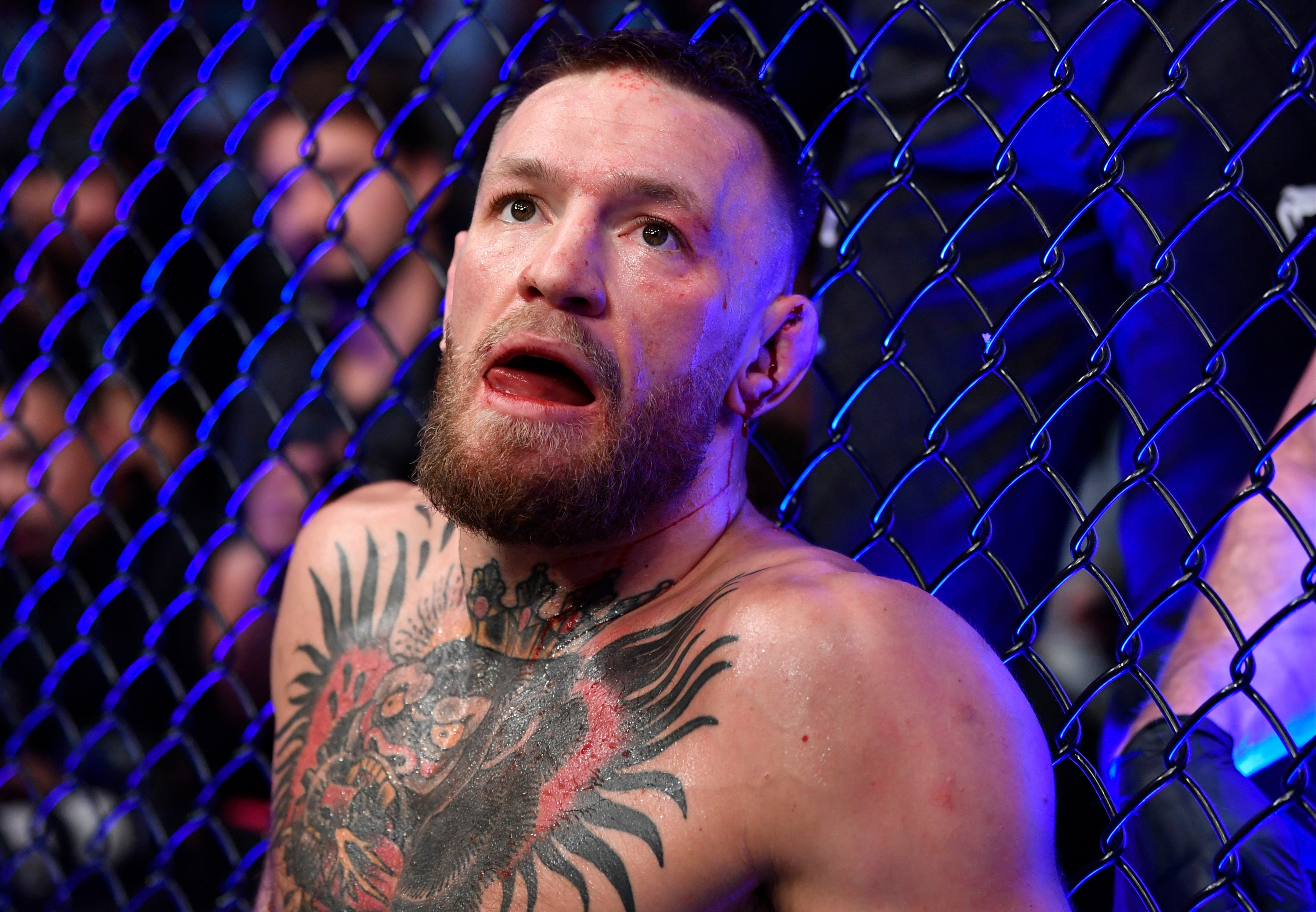 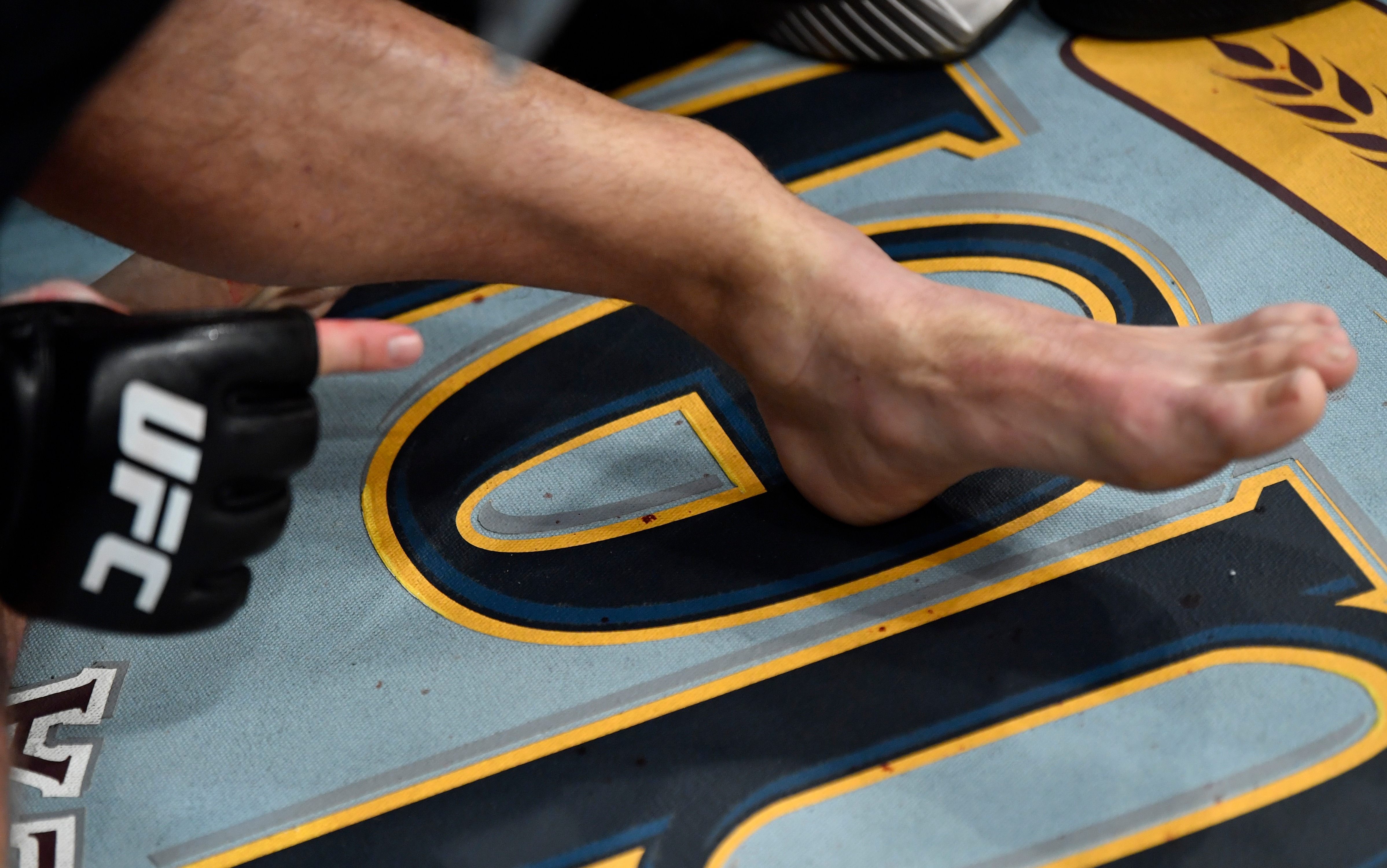 It forced the cageside doctor to stop the fight, meaning McGregor was declared the loser.

But the bad blood spilled over post-fight with Poirier's partner Jolie sticking her middle finger up to The Notorious, who was unable to stand up.

Before the fight, McGregor boasted how he had Jolie messaging him on Instagram.

And as the tempers boiled over, he again he looked to goad Poirier.

McGregor said: "Your wife is in my DM's. Hey baby, hit me back up and I'll chat to you later on.

"We'll be having an afterparty at the Wynn nightclub baby."

McGregor – who promised Poirier would be leaving on a stretcher – was the one assisted out of the T-Mobile Arena.

But he left adamant on keeping the chapter open, meaning a FOURTH fight between himself and Poirier cannot be ruled out if he makes a recovery.

"Usual s***e, dive to close the distance. This is not over. I have to take this outside with him, it's all outside."

McGregor was taken to hospital where he will undergo surgery, UFC president Dana White confirmed.

He said: "All that stuff, you can't do the hypotheticals in this sport.

"It's all about timing and what's going on and what has happened since then.

"We've got to see how this whole thing plays out. Conor goes into surgery tomorrow.