Here we go again with Dillian Whyte and his hopes to get what he has been promised for three years by the men and women in positions of power and abuse in the dirty, old boxing business.

Whyte is in the fight of his life this Saturday under the stars in Brentwood when he meets Russian heavyweight, former world champion, gold medal winner and quality fighter Alexander Povetkin over twelve sure-to-be torrid rounds for the right to fight Tyson Fury for the WBC’s heavyweight championship. This is it, as they say.

Well, that’s the theory and if it was that simple, if men like Whyte got what they were promised, Whyte would have fought for the world title in early 2018. This is heavyweight boxing, the segment of the sport where nothing but a bottom-line dollar counts in the arithmetic of lunacy that can leave grown men in tears and others with gifts of title shots that even their wildest fantasies could not create. Boxing is cruel, not corrupt – it is easy to confuse the two realities – and Whyte has been repeatedly treated cruelly.

Sharing the full story, not just the headlines

Shot and stabbed as a child on the streets of south London, Whyte found boxing as redemption, did everything asked of him, was banned for an over-the-counter substance, got back in the ring for free, fought his heart out, refused to go quietly, lost a thriller five years ago to Anthony Joshua, returned with great win after great win and still his smiling face never fit. “I don’t take it personally,” he said. Well, he should.

Whyte has been the WBC’s interim champion for over a year, the leading contender for nearly three years and he has repeatedly had to watch in wonder and disgust as men have fought for the title, jumped the queue, and pushed his considerable patience. He has talked to endless tables of lawyers, had his ears bent with assurances and been offered belts made from just about every possible exotic substance; the WBC loves a belt, they have the interim, franchise, gold, diamond, silver, crocodile and daffodil. Only one of those is fake and it might not be the flower. 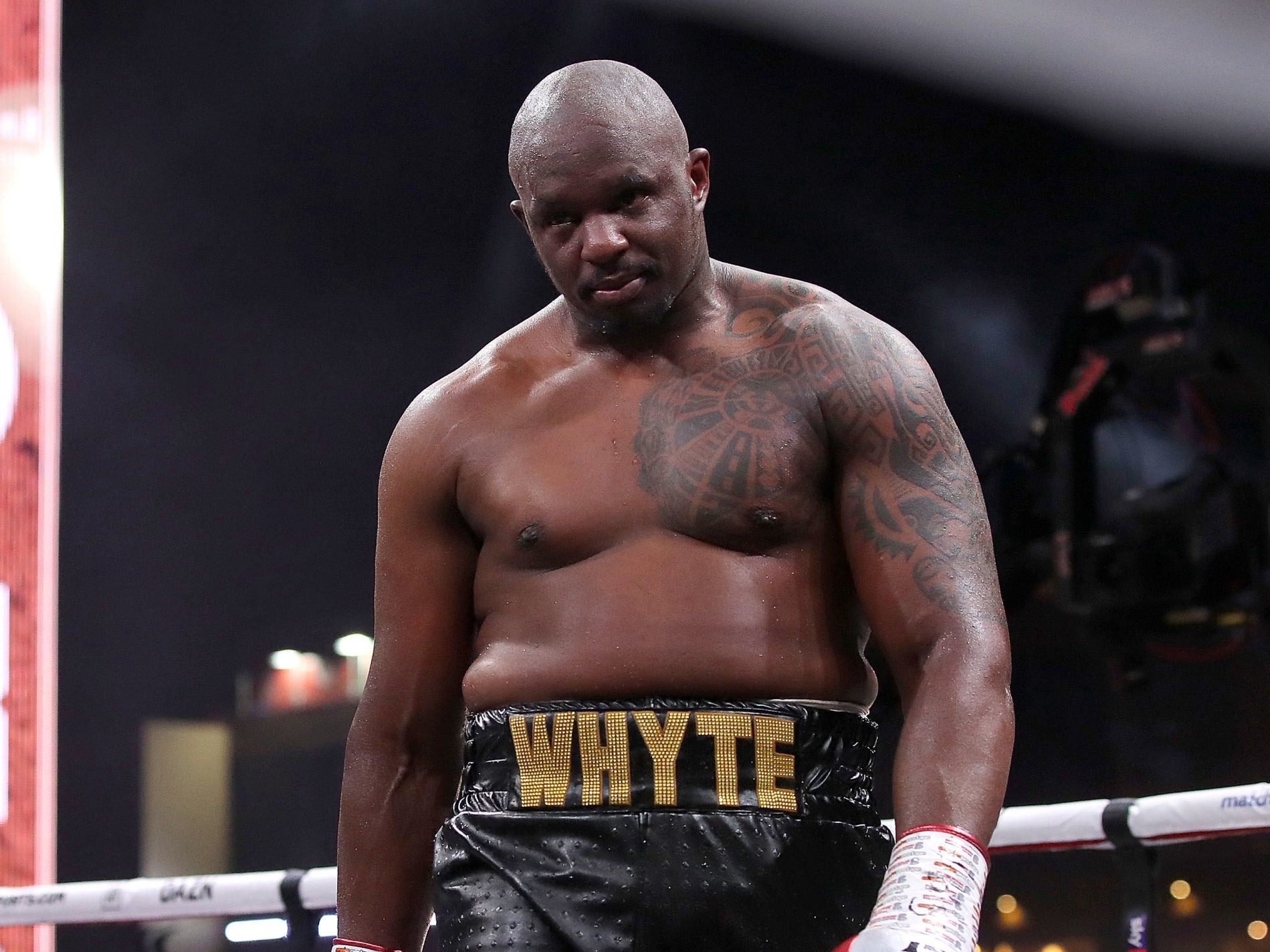 “I just want the title fight, I just want what I deserve and what I have been promised,” said Whyte from his latest training camp in Portugal. Well, he has been saying that from countless training camps and on the eve of far too many fights. It is very possible that if he can beat Povetkin, who has only lost to Wladimir Klitschko and Joshua in 38 fights, that he will get a world title fight. However, it is far from certain who will be in the opposite corner and when exactly the fight will take place.

Fury is the WBC champion and he has an overdue third fight with Deontay Wilder to deal with and then the excesses available in a fight with Joshua to negotiate; the riches for a clash with Joshua will end all calls for what is right, trust me. It is a fight being dubbed: Salvation. And yes, the sport does need it.

The horrible truth in these horrible Covid days is that the savage medical situation has ruined all planning, might scupper some re-arranged fights forever and has left the heavyweight circus in chaos. Poor Dillian will be a victim for a bit longer. There is, however, a really nice rumour in boxing parlours right now about a behind-closed-doors pay-per-view with Fury in Britain in December, that is assuming he is unable to fight Wilder on 19 December in Las Vegas. Whyte’s name has been mentioned. They have some previous, but really they love each other. Whyte shared a caravan with Fury when he worked as a sparring partner many, many moons ago. Whyte loved it, and was treated like a prince on the site in Morecambe. 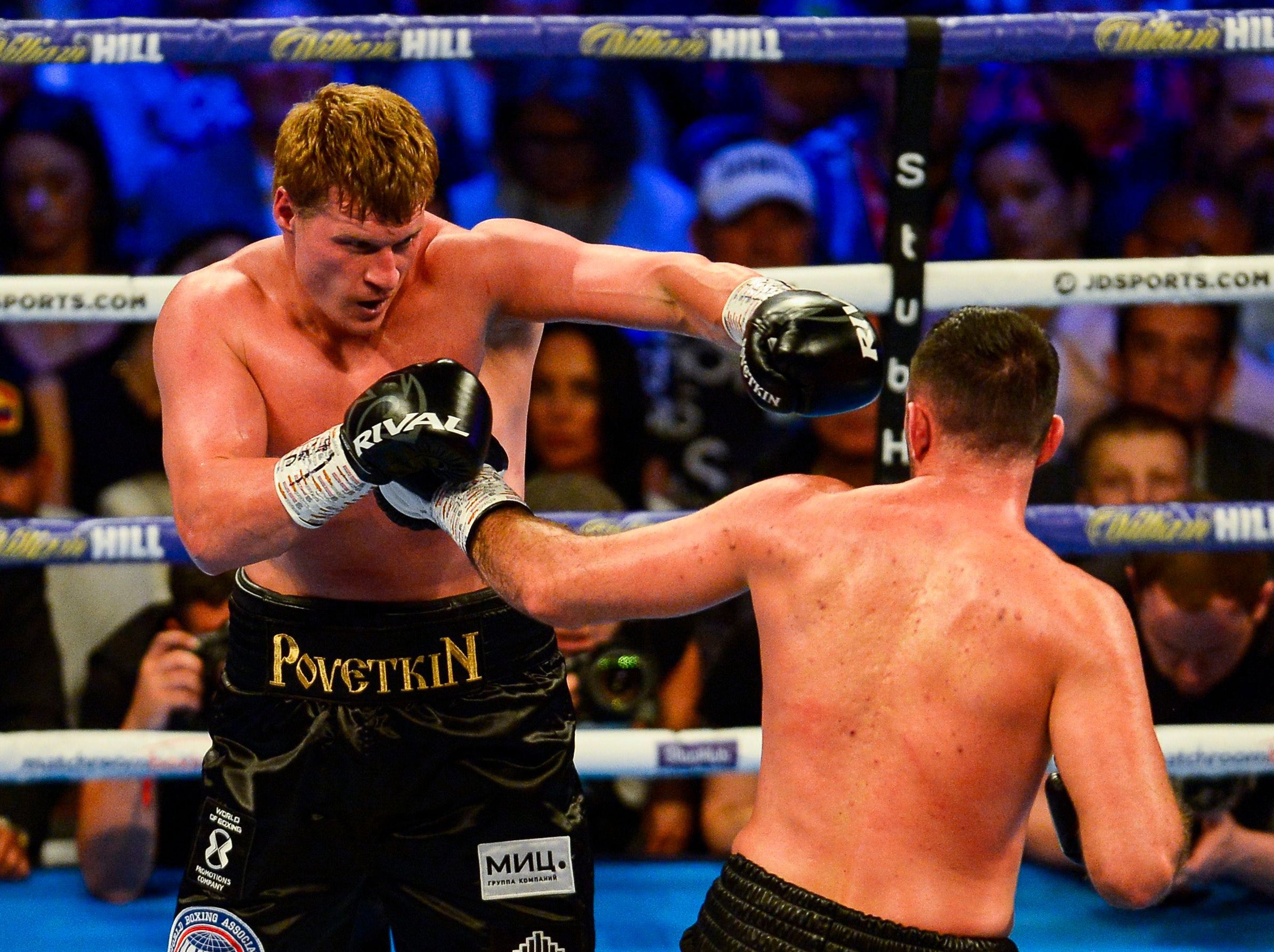 Meanwhile, at the base of fantasy mountain in a garden in Essex, Whyte has to be at his best to beat the Russian brawler. Povetkin at 40 seems ageless and that fight when he becomes, as we say in boxing, an old man overnight, might still be a long way off. It is a fight of truth for Whyte and a stoppage win would be tremendous. It was first booked to take place in May and I fancied Whyte heavily; since then Whyte has been stranded in Portugal and has split with Mark Tibbs, who looked to have transformed the boxer during their four years as a rock-solid unit. There are some ugly unknowns here, but Povetkin does not do unknowns and looks fresh after a summer at his dacha.

And that is why this week inside Eddie Hearn’s boxing bubble might be important, a way to watch up close and personal the two fighters on the edge of something great and fully aware that they are also dancing on an edge that could tip either over into boxing hell. Whyte by the end of round ten would be a fairy tale for the most deserving man in British boxing.