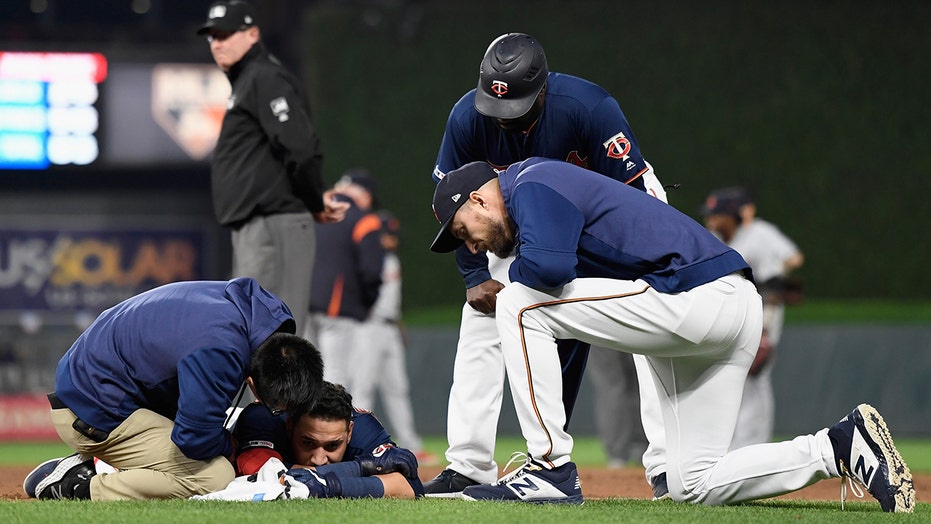 Fox News Flash top headlines for May 13 are here. Check out what’s clicking on Foxnews.com

A rushed throw on a routine groundball back to the pitcher led to a pair of freak injuries for players from the Detroit Tigers and Minnesota Twins on Friday — leading to both exiting the Twins' 6-0 win.

Tigers first baseman Niko Goodrum and Twins third baseman Marwin Gonzalez crashed into one another after Tigers pitcher Tyson Ross' miscue leading off the bottom of the sixth inning at Target Field in Minneapolis.

As Gonzalez ran out a grounder to Ross, Goodrum jumped to corral Ross' throw to first, video from MLB.com showed.

Mid-jump, Goodrum's right knee hit Gonzalez in the face, knocking off his helmet and sending both players to the ground in apparent pain, though Gonzalez crossed the first base bag and was credited with an infield single.

Gonzalez, 30, told reporters after the game the play "happened so fast" and said he initially suspected he was hit by the ball — not the first baseman's knee. He was quickly treated by the Twins' team medical staff on the field before walking off on his own.

"I was hoping that my face was OK, that it wasn't broken," said Gonzalez, who's hitting .231 with a .318 on-base percentage and three home runs. "I took my time to answer [head athletic trainer] Tony [Leo] when he got there. I was breathing hard for 10 seconds, and I figured I was OK." 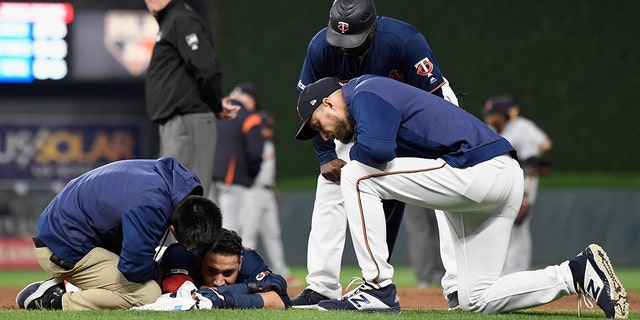 Marwin Gonzalez, of the Minnesota Twins, collided with the Detroit Tigers’ Niko Goodrum at first base during their game on Friday.<br data-cke-eol="1">
(Hannah Foslien/Getty Images)

Gonzalez, a versatile free agent pickup in the offseason, was replaced by shortstop Ehire Adrianza. Twins rookie manager Rocco Baldelli said he believes "it's a situation where I think we did luck out in a number of ways."

"He's kind of hopping around back there, and it seems like he's doing all right," Baldelli said of Gonzalez.

Goodrum, 27, suffered a right knee contusion, according to Tigers manager Ron Gardenhire, who previously served as the Twins' skipper from 2002-2014.

“He’s very sore,” Gardenhire told MLB.com. “They had it checked out; X-rays, the whole package, and everything came back negative. He’s going to wake up sore tomorrow morning. We’ll see how we go from there and just adjust.”