A Davis Cup match was brought to an unusual halt on Wednesday when two protestors stormed onto the court and tried to tie themselves to the net.

Croatia’s Borna Coric was locking horns with Spain’s Roberto Bautista Agut in Malaga when a pair of climate change activists briefly interrupted the second set by running onto the court.

Five security guards rushed on to thwart the protestors, one of whom could be seen desperately trying to grab onto the net before being apprehended.

Fans were heard jeering as they were taken away by security, before Coric went on to secure victory in two sets.

It is not the first time a tennis match has been marred by protests in recent months, as a similar incident also occurred at the Laver Cup back in September. 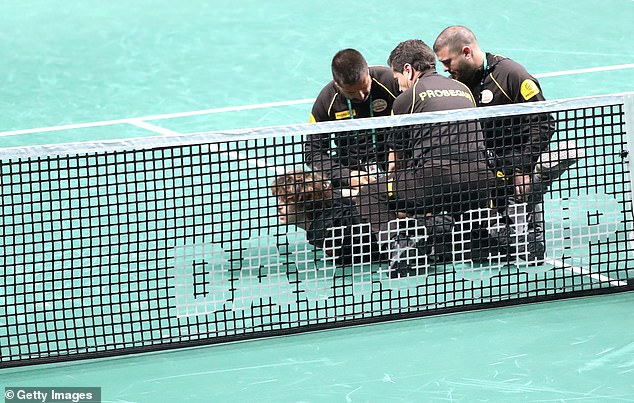 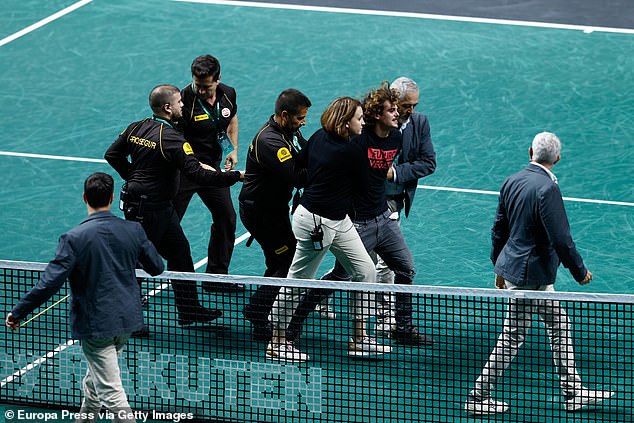 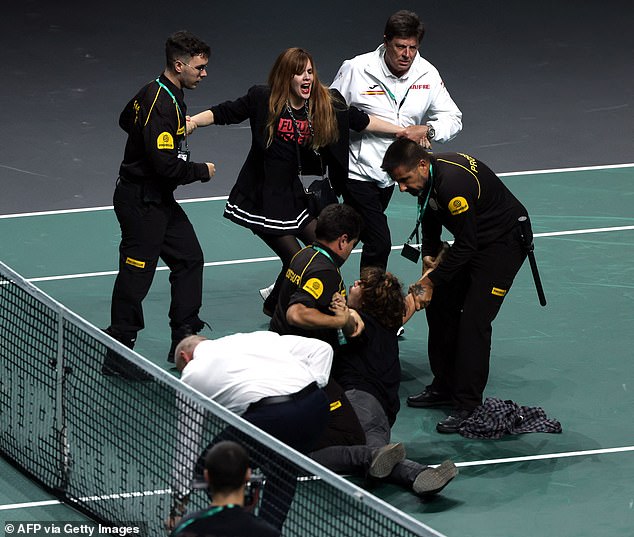 During Stefanos Tsitsipas’s clash with Diego Schwartzman one activist, who was donning a t-shirt reading ‘End UK Private Jets’, made their way onto the court in London and dangerously set fire to their own arm.

Security eventually put out the fire with water after dragging them off the court.

In Malaga, the two protestors wore t-shirts with the words ‘Futuro Vegetal’ (Plant Future printed across the front.

Futuro Vegetal is an activist group campaigning against the farming of livestock and instead for the farming of grains, fruits, vegetables, wood, and foliage plants.

After Coric’s 6-4, 7-6 (4) win over Bautista Agut, Marin Cilic rallied to defeat Pablo Carreno Busta in a three-hour match and send Croatia into the Davis Cup semi-finals. 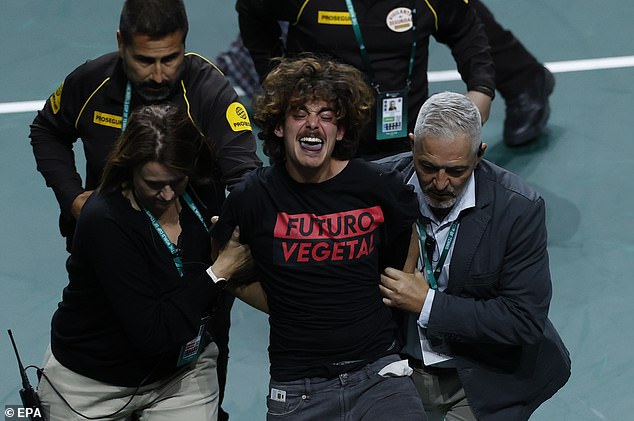 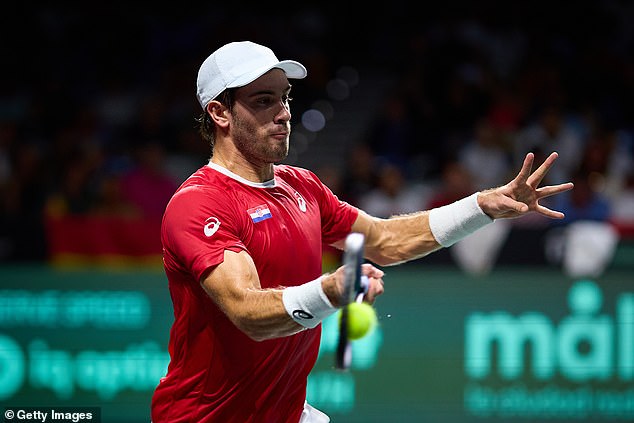 The incident came during Borna Coric’s 6-4, 7-6 (4) win over Roberto Bautista Agut in Spain

‘It’s an incredible effort by the team,’ Cilic said. ‘It’s such a great privilege and honor to bring another point for the team Croatia and seal the win against the always strong Spanish team.’

Cilic, the 2014 U.S. Open winner, hit 20 aces in the match but also produced 15 double-faults in a victory that improved his Davis Cup singles record to 33-15. Hi double-faulted twice in the 11th game of the first set as he was broken, but went 4-2 up in the second set to start his comeback after Carreno Busta hit a double-fault on his own on break point.

Coric and Cilic were both on the Croatian team that won a second Davis Cup title for their country in 2018.