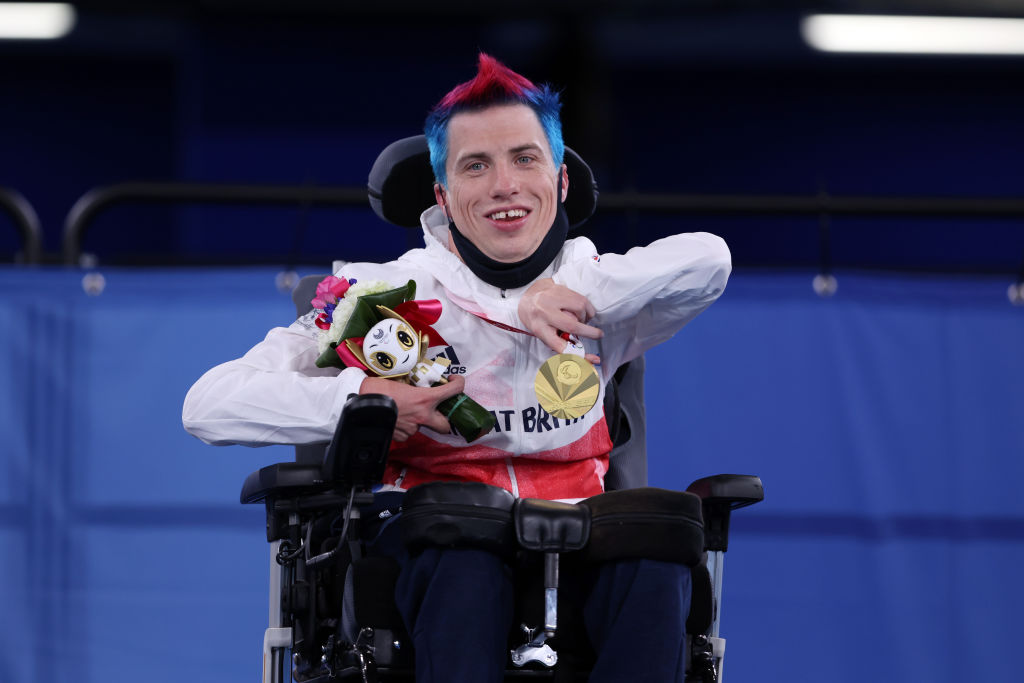 David Smith has become a British Paralympic legend after adding a third boccia gold medal to his collection this summer, and he sees himself in the mold of legends in other sports, specifically Ronnie O’Sullivan and Cristiano Ronaldo.

Many will not have seen boccia before, the target sport related to boules which Smith has also won three individual World Championship titles in, but plenty will be aware of it now the 32-year-old has continued his domination of the sport.

A recognisable character in his own right, Smith sees believes his skills and his temperament are similar to those of the Rocket and CR7 in their own sports.

Asked whether he could be seen as the Lionel Messi of boccia, Smith said: ‘I think I’m more like Ronnie O’Sullivan or, perhaps, Ronaldo.

‘I like to be creative and I always want to put on a show. I like to play well but I also prefer to win.’

Smith was reveling in his historic victory in Tokyo, as he became the most decorated British boccia player ever.

‘There are a lot of things going on in my head at the moment, becoming the first BC1 to defend a Paralympic title and becoming the most successful British player of all time.

Boccia is a target sport, similar to bowls. It has no Olympic counterpart. Athletes throw, kick or use a ramp to propel a ball onto the court with the aim of getting closest to a ‘jack’ ball.

‘You try not to think about it but it does matter, I do care about stuff like that. This is such a great sport and I just feel we are getting the recognition we deserve here, that makes me feel a bit emotional.

‘The standard has been nuts, everyone has been locked indoors for the pandemic and they are coming out here and bashing it out the park. I feel like I’ve had about seven finals. It’s just been so tough, I’ve never known it like that.’

Smith hopes to see more people take up boccia after his continued success in the Paralympics, but would like to see more widespread interest as the sport is not just for disabled people.

‘You don’t have to be disabled to play boccia,’ he said. ‘But to be honest, the disabled guys would probably kick your arse at the moment.’