Crystal Palace looked down and out after two goals in six minutes from Kelechi Iheanacho and Jamie Vardy gave the Foxes an underserving lead. 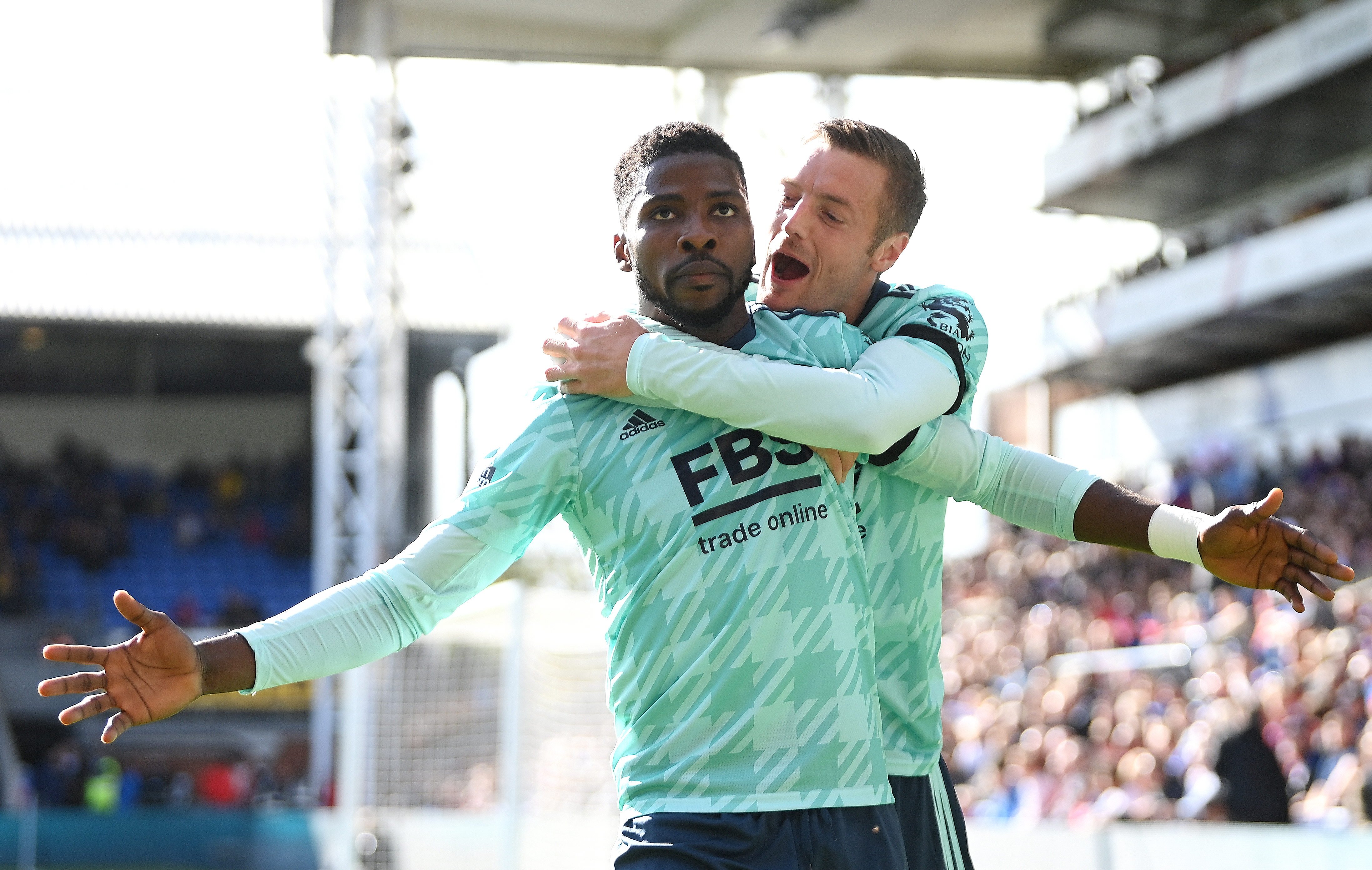 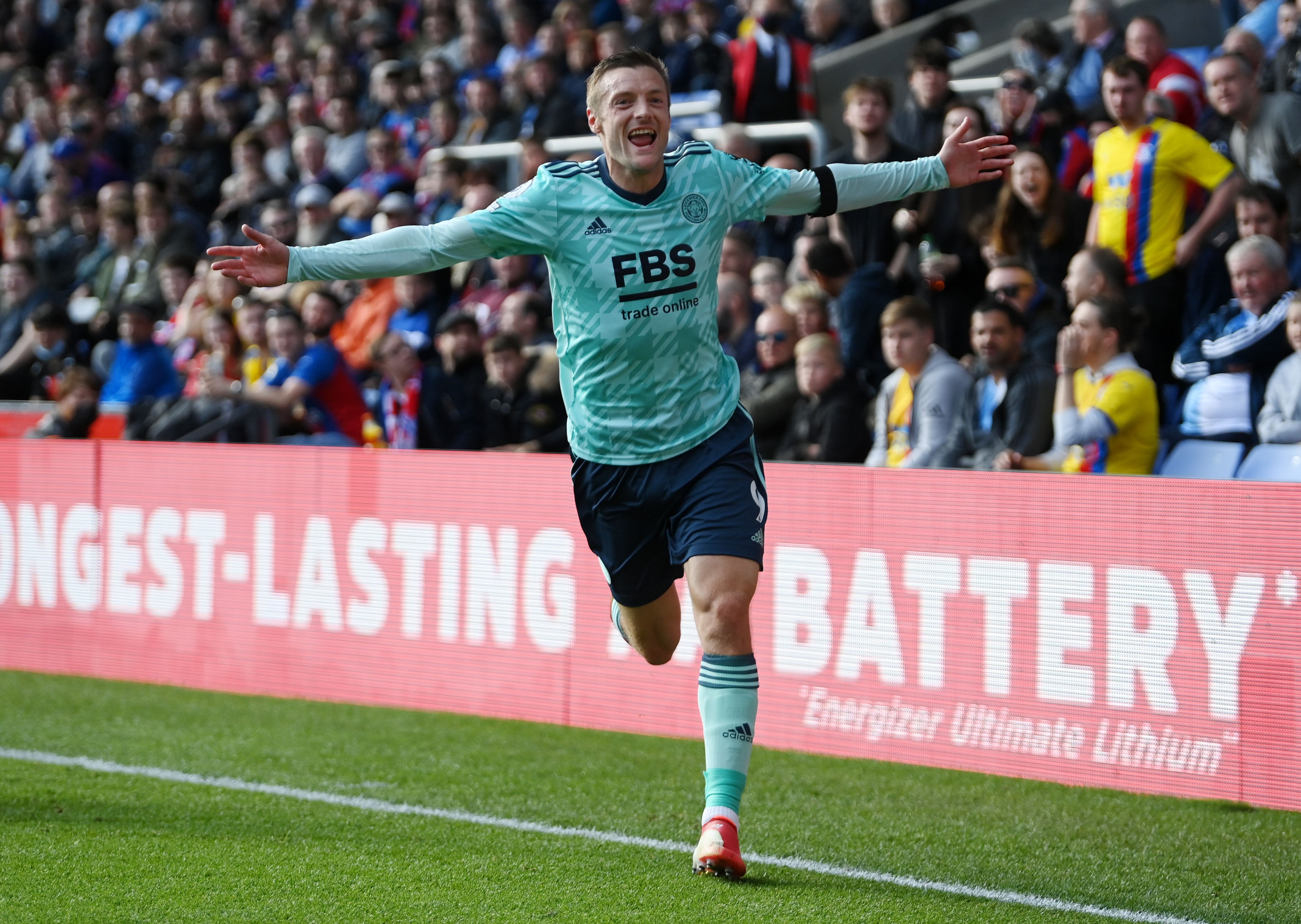 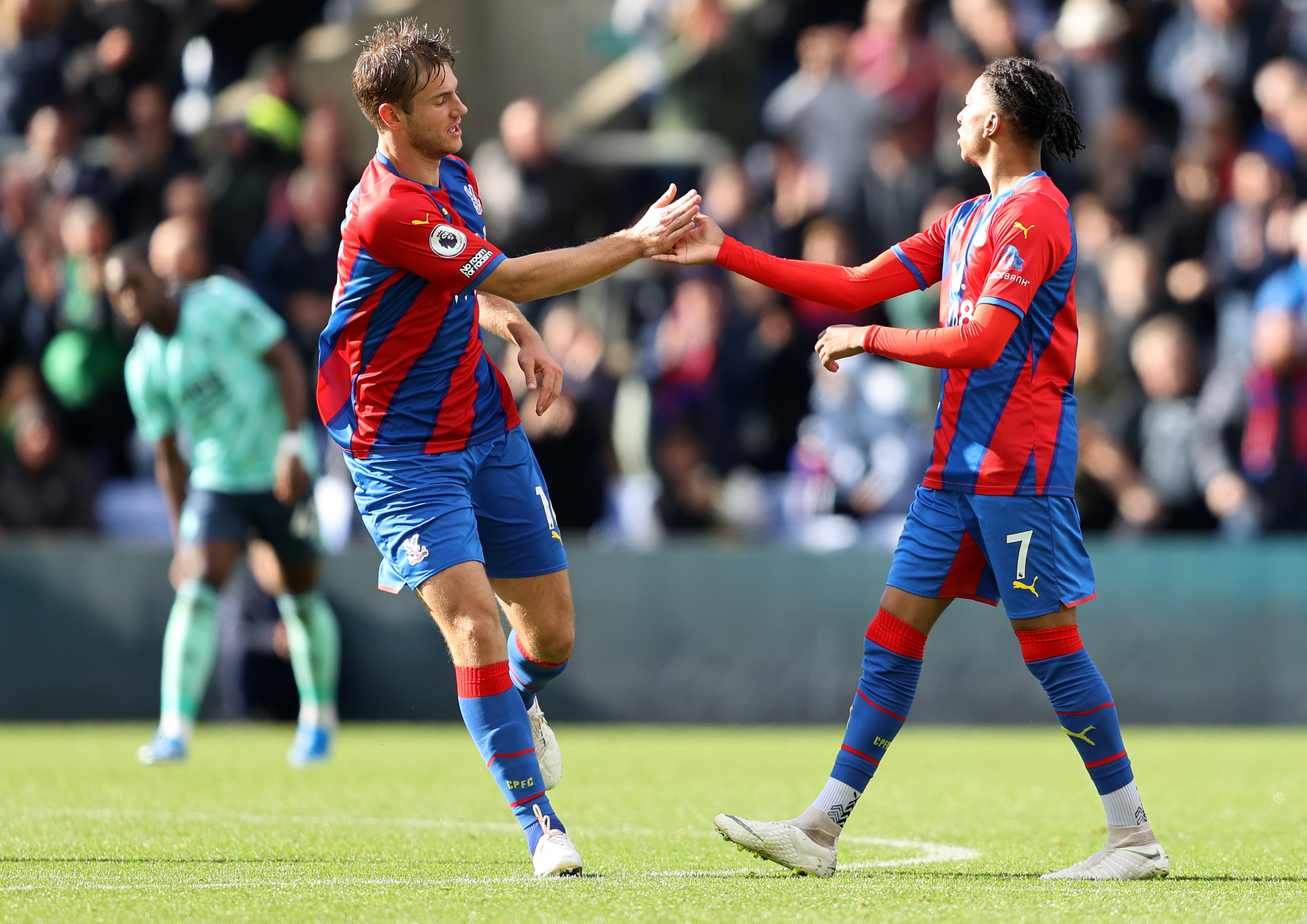 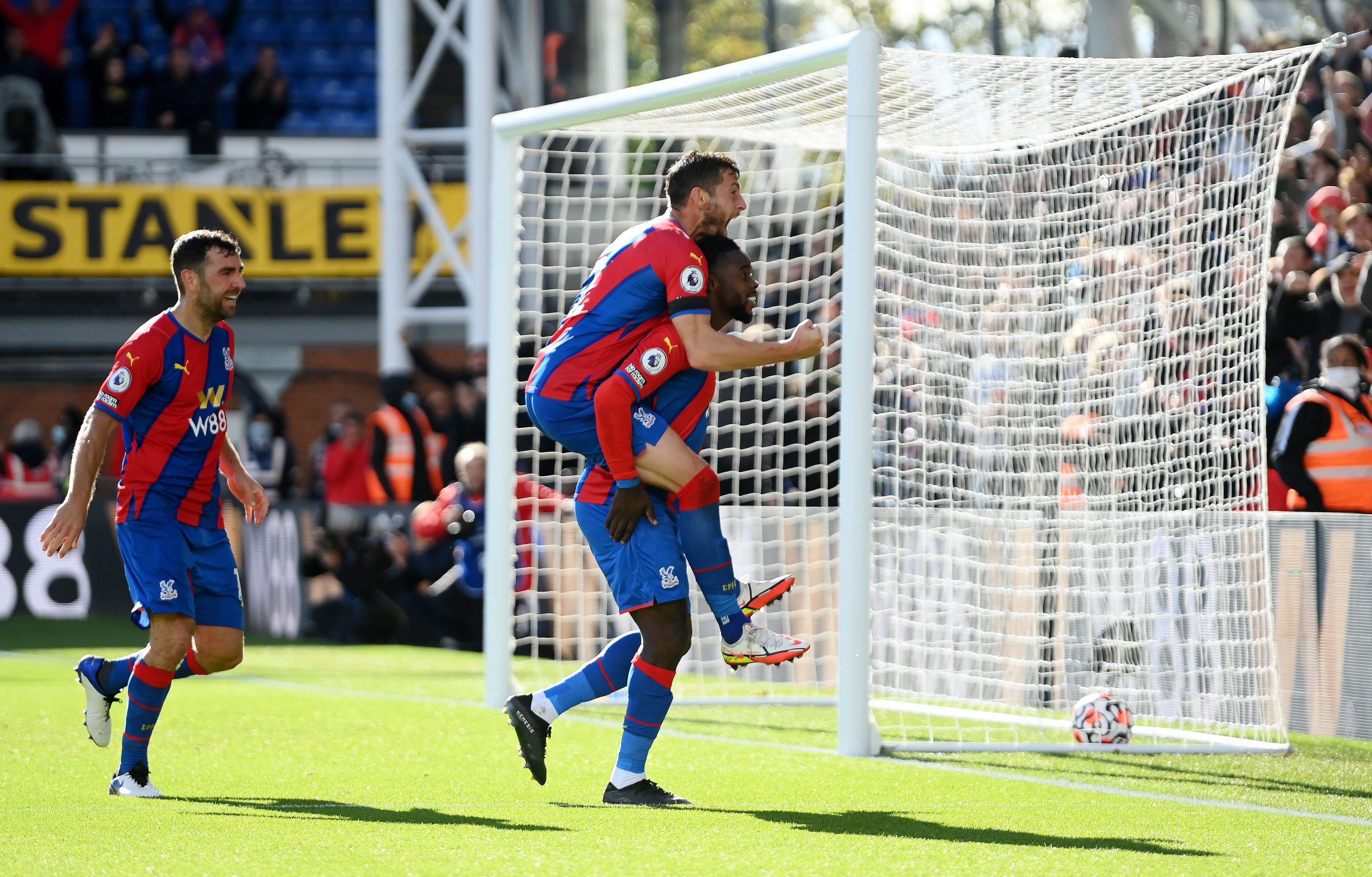 But two second half subs from Vieira – who was used to whipping up magical moments on the pitch as a player – saw the Eagles soaring once more.

Teenage summer signing Michael Olise scored his first Premier League goal with a superb volley to get the hosts back in it on the hour mark.

And Jeffrey Schlupp then popped up with the equaliser with practically his first touch of the game to ensure they remained unbeaten at Selhurst Park this season.

In truth, with the amount of chances they created before and after Leicester took the lead, Vieira will be baffled as to how he hasn’t claimed another Prem scalp this season as they look better and better game by game.

Wilfried Zaha, Odsonne Edouard and Andre Ayew simply did not have their shooting boots on.

If they had, Rodgers may be travelling back up to Leicester in a whole world of trouble.

It all looked rosy when his dynamic duo finally got their act together after 30 minutes.

Vardy and Iheanacho had not scored in a league game together since April – back when a top four finish and Champions League football looked a certainty.

Those dreams faded away, as did the red-hot form of what looked to be a partnership made in heaven. As a result, the start to this season has been hell.

Two wins from their opening seven, key players either injured or bang out of form and a Europa League loss away to Legia Warsaw thrown into the mix.

And after yet more points dropped and more goals conceded on the road, European football next year looks a world away.

For a team that has spent the most number of days in the top four in the last two seasons – 567 days – Leicester look nowhere near getting there this time around.

Eagles boss Vieira stuck with the same side that suffered a last gasp equaliser here against Brighton a week before. 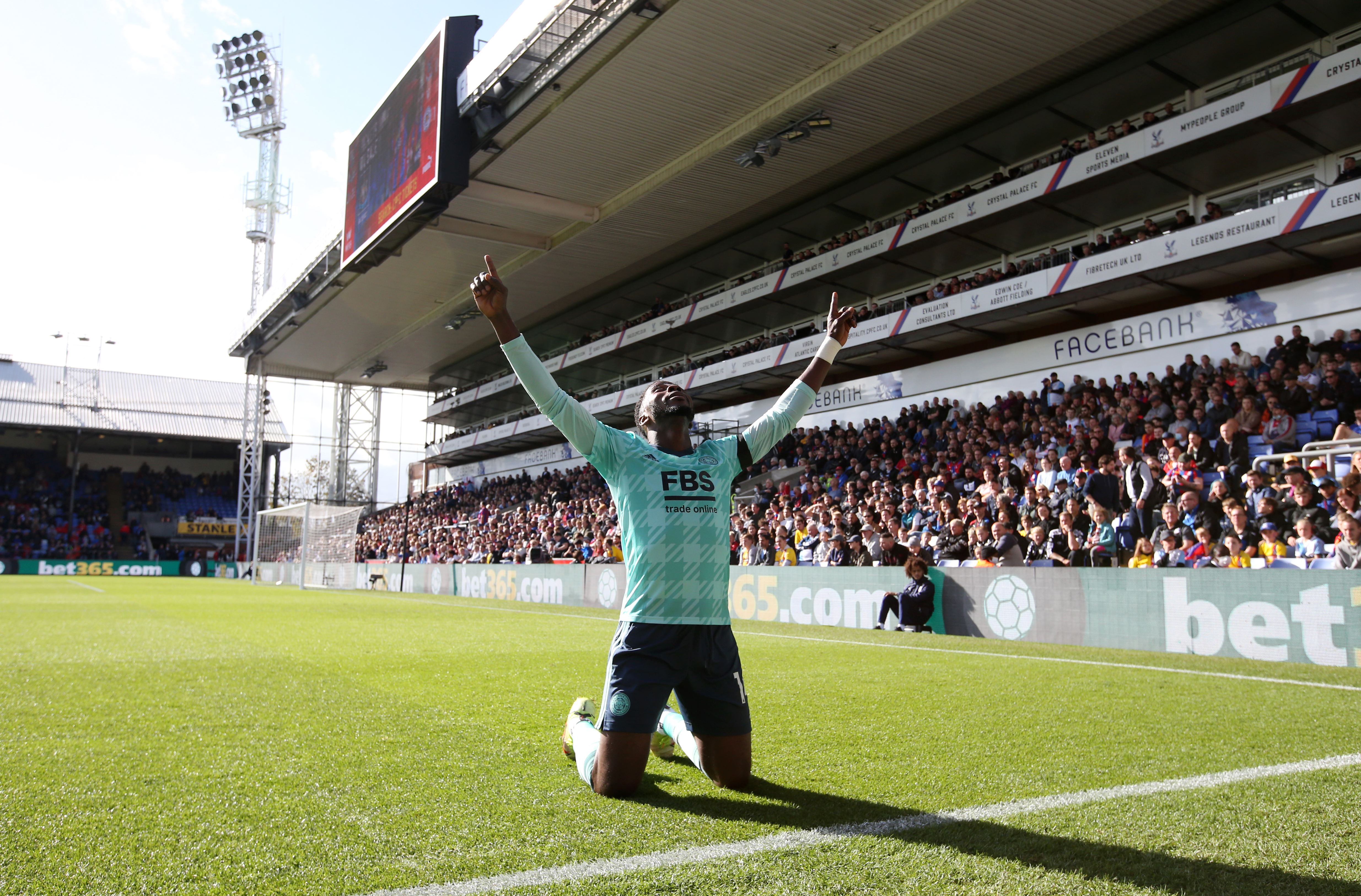 Rodgers rung the changes, with Iheanacho making his first league start of the season and in came Hamza Choudhury and Timothy Castagne.

The visitors should have enjoyed the perfect start after Jamie Vardy found himself free in the box to connect with a Youri Tielemans free-kick in the opening minutes.

But the Foxes legend somehow missed the ball completely – and Palace then began to take control as Leicester’s defence failed to deal with Zaha.

The Ivory Coast international’s expert ball from deep found Edouard who swivelled to play in Ayew down the left but his cross could not be bundled home.

Leicester were attempting to gain a foothold on the counter attack but Palace did well to snuff any chance of a breakaway.

James McArthur intercepted a pass forward before driving towards goal. He teed up Zaha whose low shot was well saved by Kasper Schmeichel, and again via Conor Gallagher.

Zaha then wriggled away from several Leicester players on the halfway line and linked up with Ayew again but this time the delivery found no one. 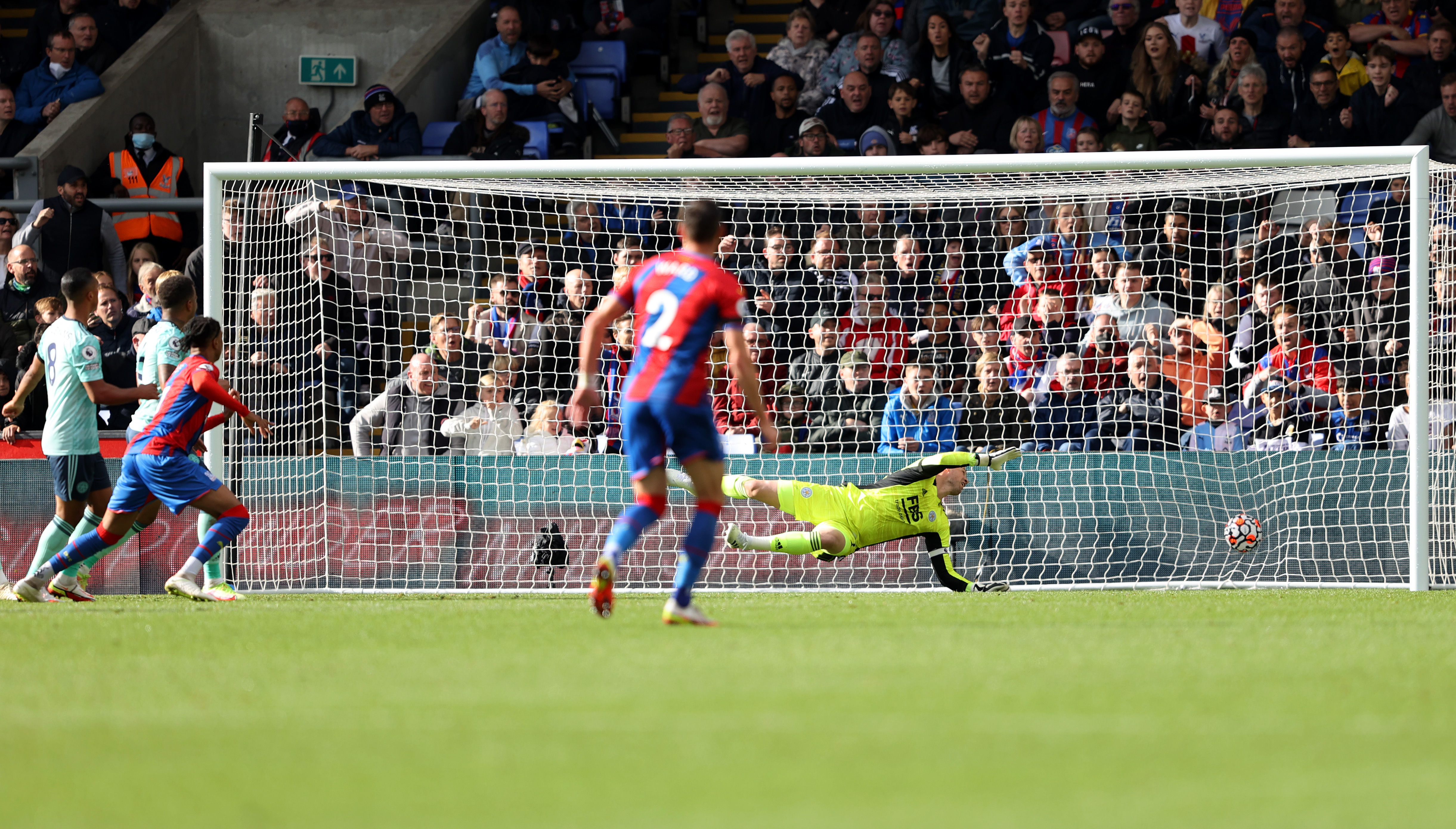 Rodgers was furious, screaming at Vardy and Iheanacho to press more aggressively, and it did the trick to earn an undeserving opener in the 31st minute.

Andersen bumbled on the ball and was dispossessed by an onrushing Iheanacho who had the simplest task of slotting home unchallenged.

Six minutes later, and that aggressive tactic worked wonders again – this time with Harvey Barnes powering forward from deep and playing in Vardy down the left.

Andersen had the chance to take control but slipped near the ball, and Vardy made no mistake with a controlled effort into the net.

If Vieira had any hair, it would have been torn to shreds in the dressing room at half time.

And the hosts continued to waste chances after the break as Edouard smacked the bar before Vieira took action with the first of his effective changes.

Michael Olise on for Ayew in the 53rd minute. Eight minutes later, Olise made the impact.

Tyrick Mitchell’s cross found the 19-year-old and his first effort was blocked by Ryan Bertrand before rifling home an accurate volley at the second time of asking.

Not content with just one magical sub, Vieira was at work again in the 71st minute bringing on Jeffrey Schlupp for Gallagher. 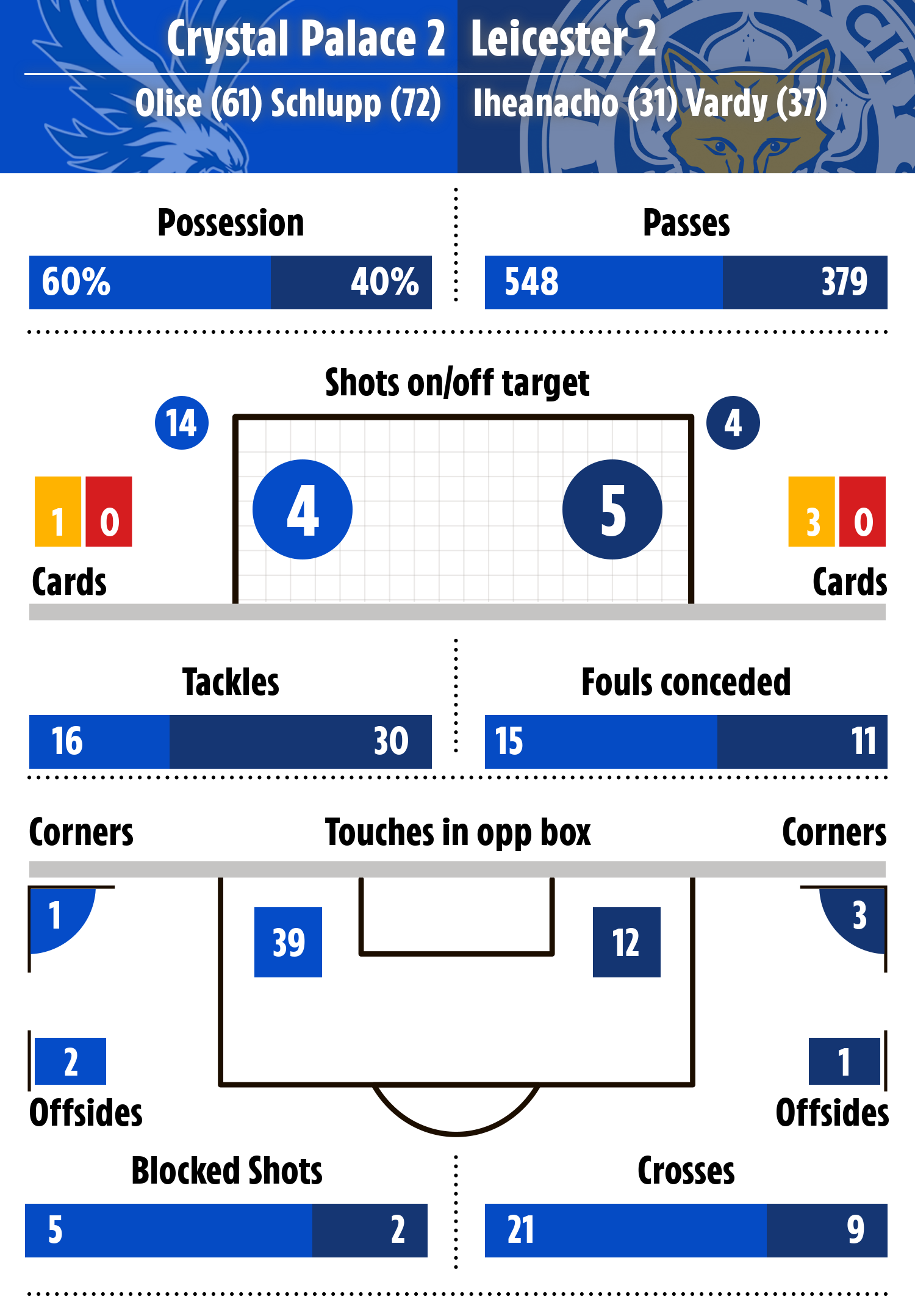 One minute later, you guessed it. Olise’s cross was poorly dealt with by a panicked Leicester defence in their own box and Schlupp popped up with the easiest of free headers.

Leicester hung on in the closing stages, and Schlupp almost grabbed a late winner when his flicked header from a corner grazed the post.

Vieira really does have the magic touch. Rodgers is just hoping for a touch of class from his seriously underperforming side.