The three athletes are all competing at the Italian Open this week as they get ready for the second major of the year at Roland Garros, the highly-anticipated French Open.

Kyrgios has been in good form of late, bewildering Daniil Medvedev in the first round of the Rome tournament with fast and precise aces, unpredictable trick shots, and an erratic mentality. Medvedev was so flummoxed that, at one point in Tuesday’s match, the 23-year-oldrepeatedly smashed his racket on the clay court.

After beating Medvedev, Kyrgios served up some scorn to “cringeworthy” Djokovic and “salty” Nadal ina no holds barred podcast with the prominent tennis journalist Ben Rothenberg.

Read more: This is everything tennis champion Rafa Nadal eats and drinks for breakfast, lunch, and dinner

Kyrgios did credit Djokovic as “an unbelievable player” and “a champion of the sport” but said the 31-year-old, a 15-time Grand Slam winner, was desperate to be as revered like Roger Federer. He then said the way he celebrates success is “cringeworthy.” 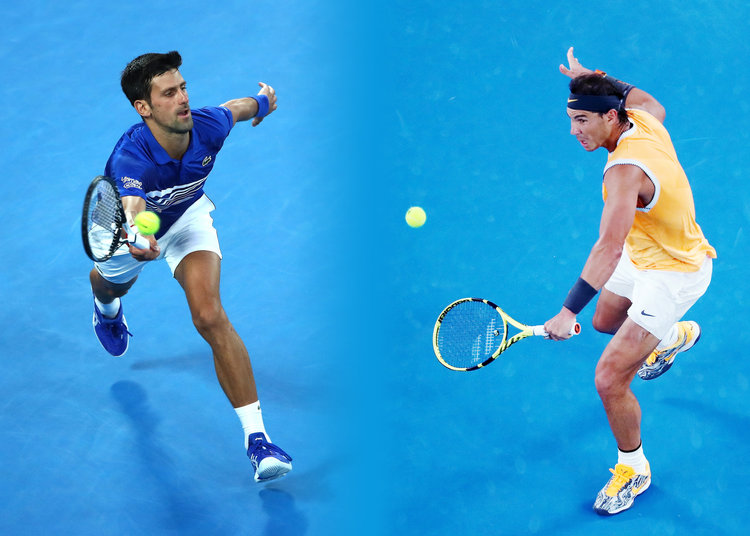 “This whole celebration thing that he does after matches, it’s like so cringeworthy. It’s very cringeworthy.”

On Nadal, who he called “salty,” a slang term for someone who seemingly gets upset or angry over something little, Krygios said: “When he wins, it’s fine. He won’t say anything bad, he’ll credit the opponent, ‘He was a great player’. But as soon as I beat him, it’s just like, ‘He has no respect for me, my fans and no respect to the game.'”

Considering the extraordinary abilities the Australian exhibited against Medvedev, it would not be surprising to see Kyrgios defeat Casper Ruud in the second round, Thursday.

Should he then proceed to beat the winner of David Goffin and Juan Martin del Potro’s second round clash, he could easily face Djokovic should the Serb keep winning in the Italian Open, too.