PUNTERS erupted in anger over a controversial photo finish – as the judge was questioned after changing the result of the race.

One horse was declared the winner only for the outcome to be changed to a dead-heat moments later. 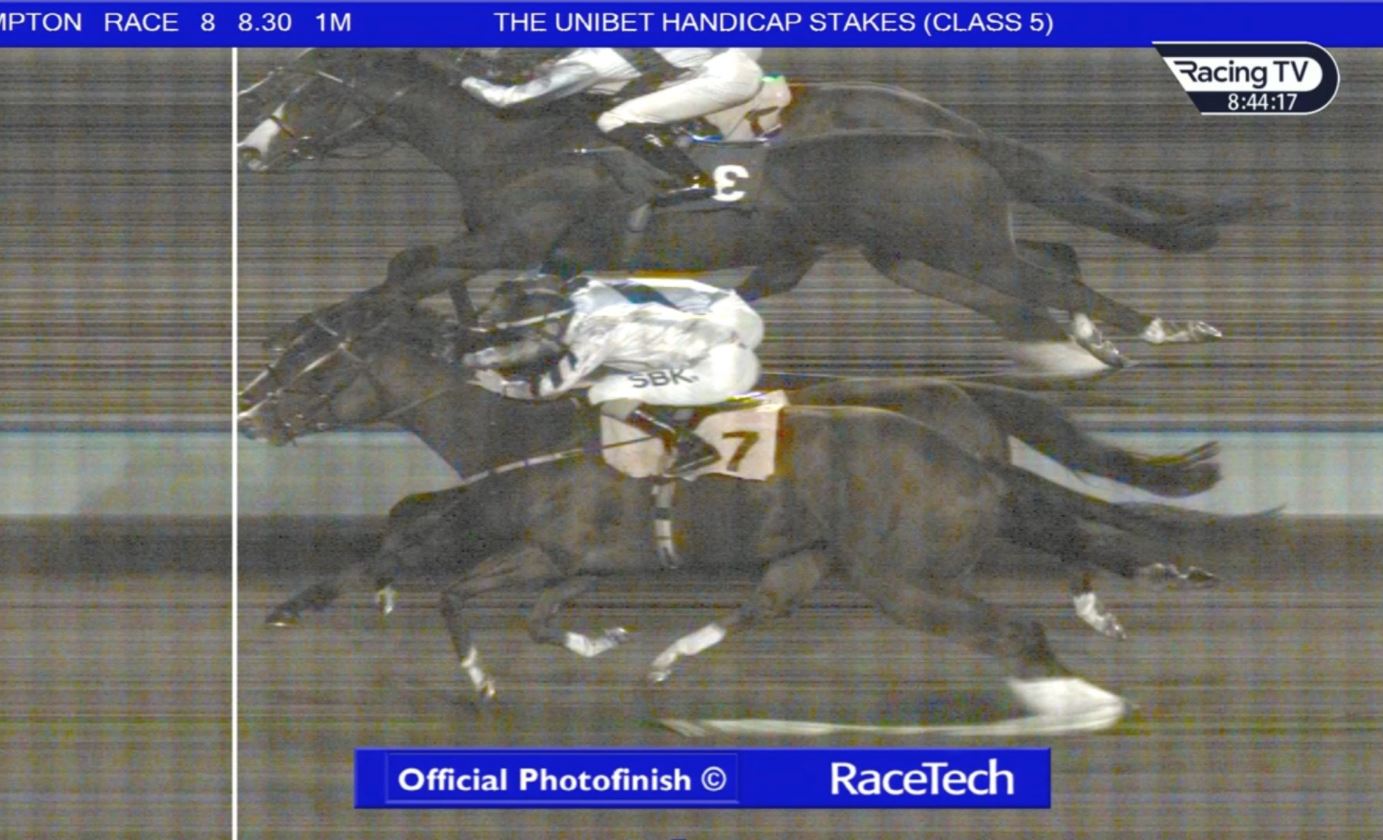 Proclaimer, the 2-1 favourite ridden by Richard Kingscote, and 13-2 Coverham under Theodore Ladd passed the post together in the 8.30 at Kempton on Tuesday night.

Nine lengths clear of third-placed Buckingham and too close to call with the naked eye, the call on who won went upstairs.

However it seemed even the judge couldn't tell them apart – but only after deciding on two results.

First it was announced that the Julie Camacho-trained Proclaimer was the winner.

But then the official backtracked and said it was a dead-heat.

Racing TV host Rishi Persad described the 'extraordinary' scenes but admitted he had no idea what forced the change.

He said: "I'm not entirely certain of the circumstances that have unfolded that have led to this decision."

Pundit Steve Mellish could only fold his arms and shake his head in disbelief.

Punters were a bit less diplomatic in voicing their opinion on what happened.

Another commented: "Another howler. Stewarding needs a complete overhaul in this country."

A fellow Twitter user wrote: "This is really unbelievable. Amount of times this has happened is very very worrying."

But another said the judge should be applauded for showing 'courage' in altering the outcome of the race.

The official stewards' report on the BHA website read: "An enquiry was held into the circumstances surrounding the correction of the provisional placings in Race 8, from Proclaimer, as the winner, and Coverham, placed second, to be confirmed as a dead-heat.

"The Judge and the BHA Steward were interviewed. Having heard their evidence, a report was forwarded to the Head Office of the British Horseracing Authority for further consideration."

At least there was some good news to come of it all, with Paddy Power announcing: "We’ve paid out, in full, on both Proclaimer and Coverham in the 8.30 Kempton as a goodwill gesture to our customers."

Amazingly this was the third time in as many years at Kempton that the judge changed the winner – after somehow getting the result completely wrong in 2019 and 2018.