Home » Sport » Chris Hughton: Kick It Out apologise to Brighton 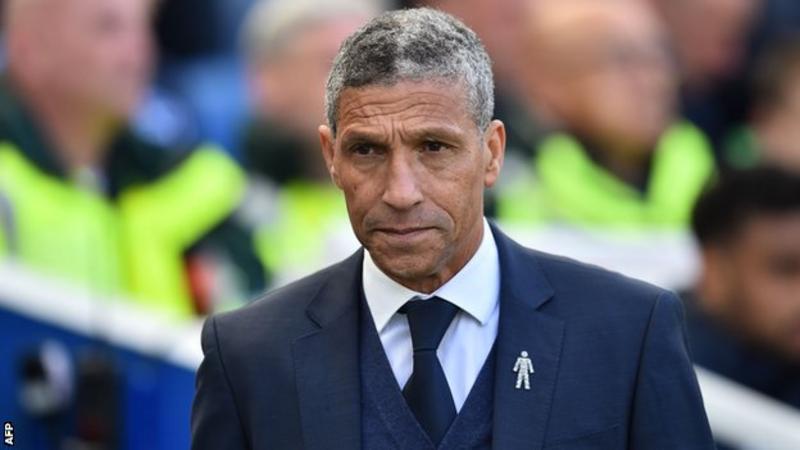 Kick It Out have “unreservedly apologised” to Brighton following comments made by its Head of Development Troy Townsend over the dismissal of Chris Hughton.

Hughton was sacked by Brighton on Monday after securing them a 17th-placed finish in the Premier League.

Townsend then criticised the decision in a Daily Telegraph interview.

Kick It Out said it apologised “for the impact the comments have had on the club’s reputation”.

The anti-racism body added in a statement it was also sorry for any inference from Townsend’s comments that Hughton’s sacking was “linked in any way to his ethnicity”.

Hughton, 60, who was contracted with the Seagulls until 2021, was one of just two black managers in the Premier League.

The former Newcastle and Norwich boss had guided Albion to an FA Cup semi-final earlier this season, where they lost 1-0 to Manchester City at Wembley.

He said: “We are now at worse than square one. What people don’t understand is the real difficulties for black managers getting through the bottle neck at the top of football. We are talking about measly numbers.

“It’s so shabby. What are the expectations of Brighton? Surely it is to stay in the league. You are fourth from bottom and you have got to an FA Cup semi-final. I don’t get it.

“They must have been planning it for some time. Look at how Chris has been treated at Newcastle and Norwich and now Brighton? Being nice is his nature, but I know behind closed doors he is a different guy, he knows how to get his teams going. He has given Brighton another year of Premier League football and he gets repaid like this? Really?”

Hughton first joined Brighton in December 2014 and led the club to the Premier League for the first time in 2017.

Phil Mickelson made some really weird decisions at the Memorial