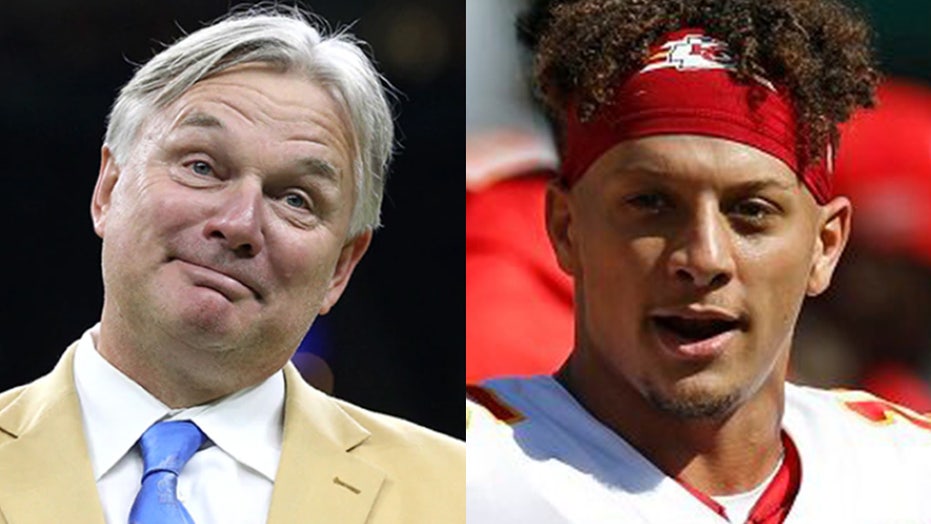 The Super Bowl MVP quarterback of the Kansas City Chiefs is playing in the big game for the second consecutive season, and Andersen explains that his success stems from his love for the game.

“He has fun. He’s having a blast and it’s obvious,” Andersen told Fox News on Thursday. “There’s always a smile on his face. And he’s also a leader. You can see him on the sideline. They were down 10-0 against the [Buffalo] Bills, he was on the sideline saying, ‘We’re alright, we’re alright.’ And guys were hanging their heads, and he was walking up and down the sideline cheerleading. He’s an optimist. And if there’s ever a time to be an optimist, it’s now during this time.

“He’s an inspiration to watch,” Andersen continued. “It’s like he’s back on the playground playing ball without a worry, without a care. Don’t make a mistake, he knows, he studies. He knows what he needs to do. And I think he also knows what he can do. And I think he walks that fine line of like, ‘Wow, wouldn’t it be cool if I did this’ and I think he practices that. It’s not something that he does in the game just for the first time. I think some of the throws he’s making, he’s practiced. And if he hasn’t done it physically, he’s certainly done it mentally. He’s done it in his mind. Besides just being a gifted athlete, with a great arm, and elusiveness and speed. He has true leadership capabilities.”

Mahomes led the Chiefs to a 14-2 record during the 2020 NFL season, and they were rewarded as the No. 1 seed in the AFC. He finished with 4,740 passing yards, 38 touchdowns, and only six interceptions.

The Chiefs managed to escape with a 22-17 victory over the Cleveland Browns in the divisional round of the playoffs, despite Mahomes being injured, but he bounced back the following week against the Buffalo Bills and led Kansas City to a 38-24 win, which clinched the team its second Super Bowl appearance in as many years.

“The two words that come to me when thinking of Mahomes: instinct and intuition,” Andersen explained. “He has both in abundance. Instinct to follow his instinct if that makes sense. Instinct to make a play when maybe there’s nothing there, and to trust the process. That something opens up, and if it doesn’t, I can get 8 yards with my feet. And the intuition of trusting and playing freely, and making stuff happen that’s not there on paper. You can defend the scheme, but you can’t defend the freelance ability of Mahomes. When you see stuff on film that’s not in any playbook, you have to go, ‘let’s keep him between the tackles if we can.’ It’s pick your poison. I don’t know how you defend him.”

Mahomes and the Chiefs will visit Raymond James Stadium in Super Bowl LV to take on Tom Brady and the Tampa Bay Buccaneers in what should be a Super Bowl for the ages.