TIMO WERNER has been made an 'honourary North Macedonian citizen' with his own hilarious fake ID card.

The Germany striker, 25, fluffed his lines in embarrassing fashion to produce a horror miss on Wednesday. 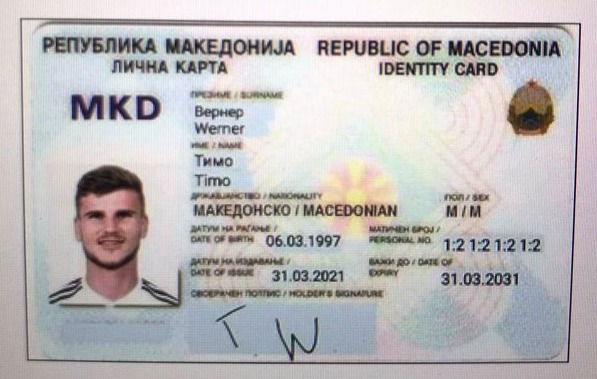 His almighty blunder proved costly as Joachim Low's side lost 2-1 at home to North Macedonia – their first defeat in a World Cup qualifier since the 5-1 loss to England in 2001.

And it did not take long for one North Macedonian newspaper to rub in the mockery after a famous victory.

The photoshopped ID includes his name, a headshot picture of the striker, his Macedonian nationality and a child-like 'TW' scrawled in the signature box.

But one minor blip saw the artist knock a year off Werner with his date of birth recorded as March 6, 1997 instead of 1996.

Low's men were sniffing a winner with ten minutes left in Duisburg when Manchester City midfielder Ilkay Gundogan rolled the ball across for the incoming Werner.

The ex-RB Leipzig hero, on as a sub for Chelsea team-mate Kai Havertz, seemed to get his feet tangled up as he mis-hit a left-footer wide.

Werner stooped down in embarrassment and disbelief, holding his head in his hands – while North Macedonian players were visibly stunned.

It was another horror moment for the out-of-form forward, who has managed just ten goals in 39 appearances for the Blues since his £48million transfer.

And it got even worse for Die Mannschaft when Eljif Elmas fired a late clincher for the visitors. 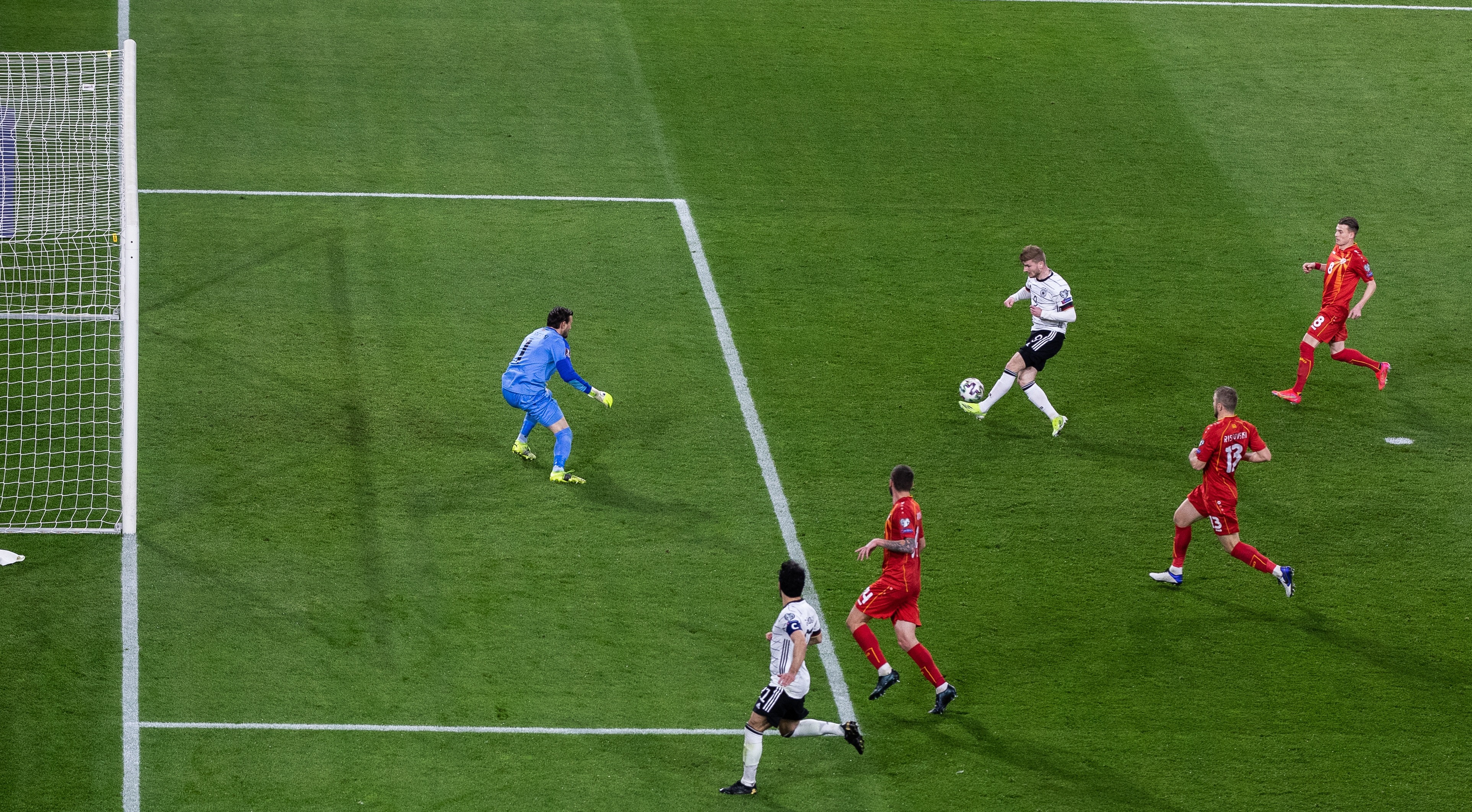 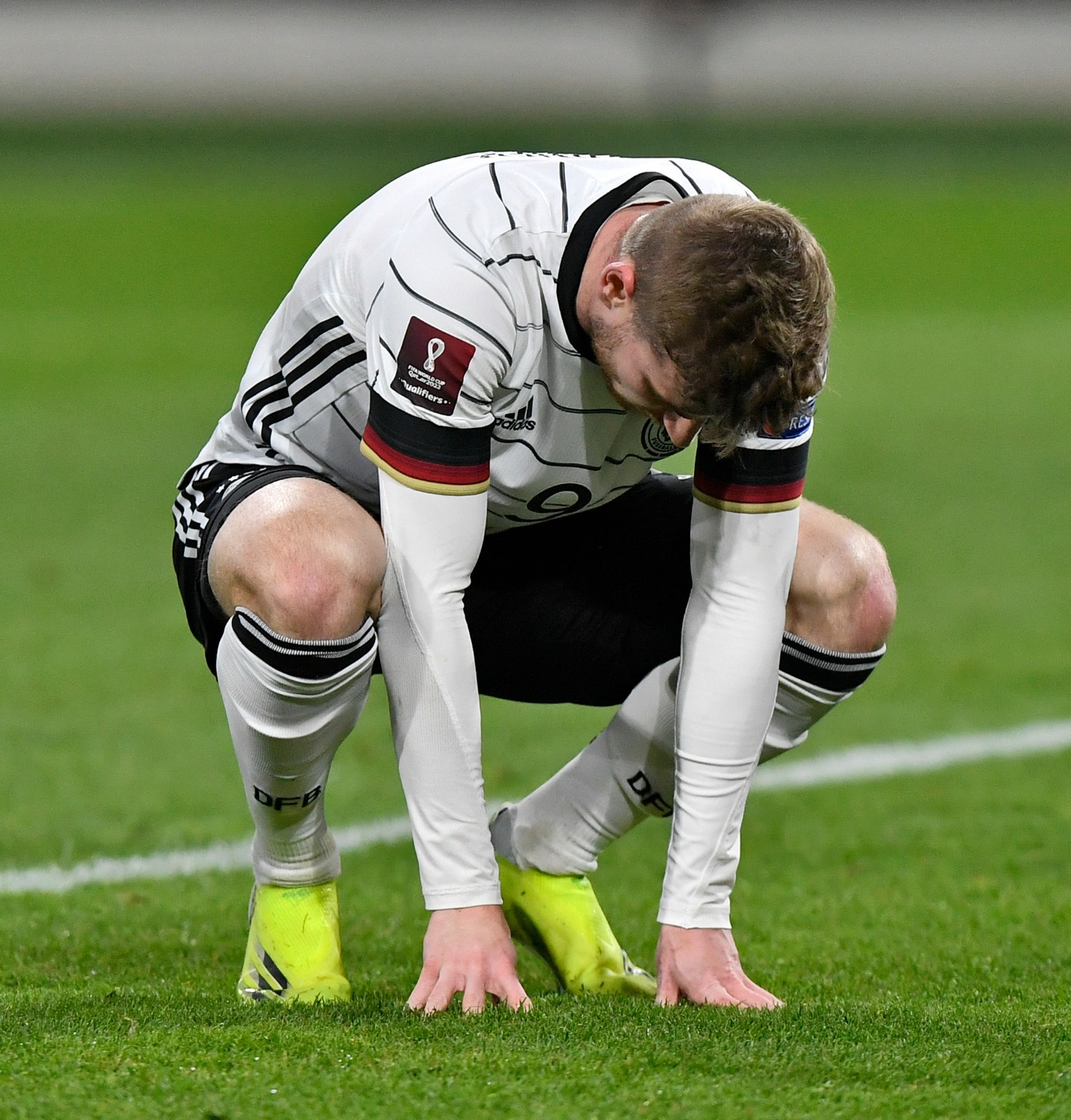 Anthony Davis used 'NBA 2K19' to decide on his new number after Nike told him he couldn't take No. 23 from LeBron