WHEN Gareth Southgate was asked about his apparent obsession with right-backs, after selecting four in his initial Euros squad, the England boss gave an interesting answer.

“You feel you are looking at four right-backs,” replied Southgate, “I just see four good footballers.” 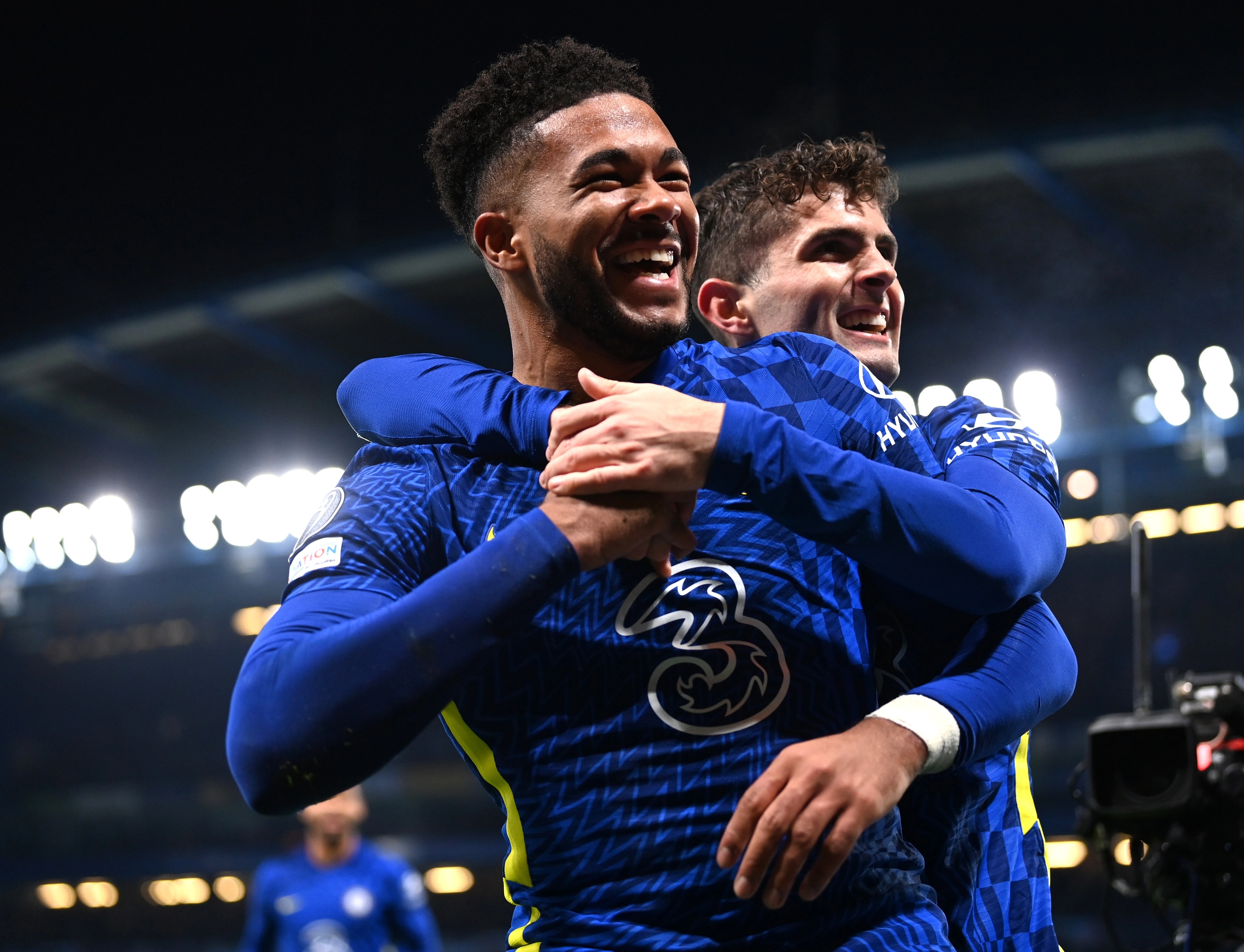 He might have added that Reece James, Kyle Walker, Trent Alexander-Arnold and Kieran Trippier are four of England’s finest.

And the more you watch James as he emerges into world-class status, the greater you understand the wisdom of Southgate’s words.

James is no traditional right-back, nor even a typical right wing-back.

The 21-year-old Chelsea man is close to becoming a complete all-round footballer.

Having produced a defensive masterclass to pocket Raheem Sterling in the Champions League final victory over Manchester City, James is this season’s leading goalscorer for the Premier League leaders.

When team-mate Christian Pulisic was asked whether James could remain top scorer, he replied: “Honestly, the way he strikes the ball, I wouldn’t be surprised.

“He helps the team in so many ways. The sky’s the limit for him.”

James has already notched five goals and five assists in all competitions – with Mohamed Salah the only other Premier League player to achieve that feat.

Even Roberto Carlos, with his famed Hollywood free-kicks, never scored more than five league goals in a season. James has four by November.

As Joe Cole noted, after another bravura display from James in Tuesday’s 4-0 demolition of Juventus, the Londoner has ‘the technique and composure of a top striker’.

Mastering the wing-back role is perhaps the toughest in football – it demands speed, stamina and the intelligence to decipher when best to use those attributes, as well as crossing and one-on-one defending.

But James has more even than that in his locker – he is a lethal finisher too.

When last month’s visit to Newcastle was goalless after 65 minutes, James settled the contest with a cushioned right-foot take-down and a thumping left-foot finish, followed by a banger with his right.

Against Juve, James forced two fine saves from Wojciech Szczesny before he chested down and rammed home Chelsea’s second.

So this is unlikely to be a one-off purple patch for James.

Those who’ve worked with James, from a loan spell at Wigan to international level, speak of a ceaseless desire for all-round self-improvement. 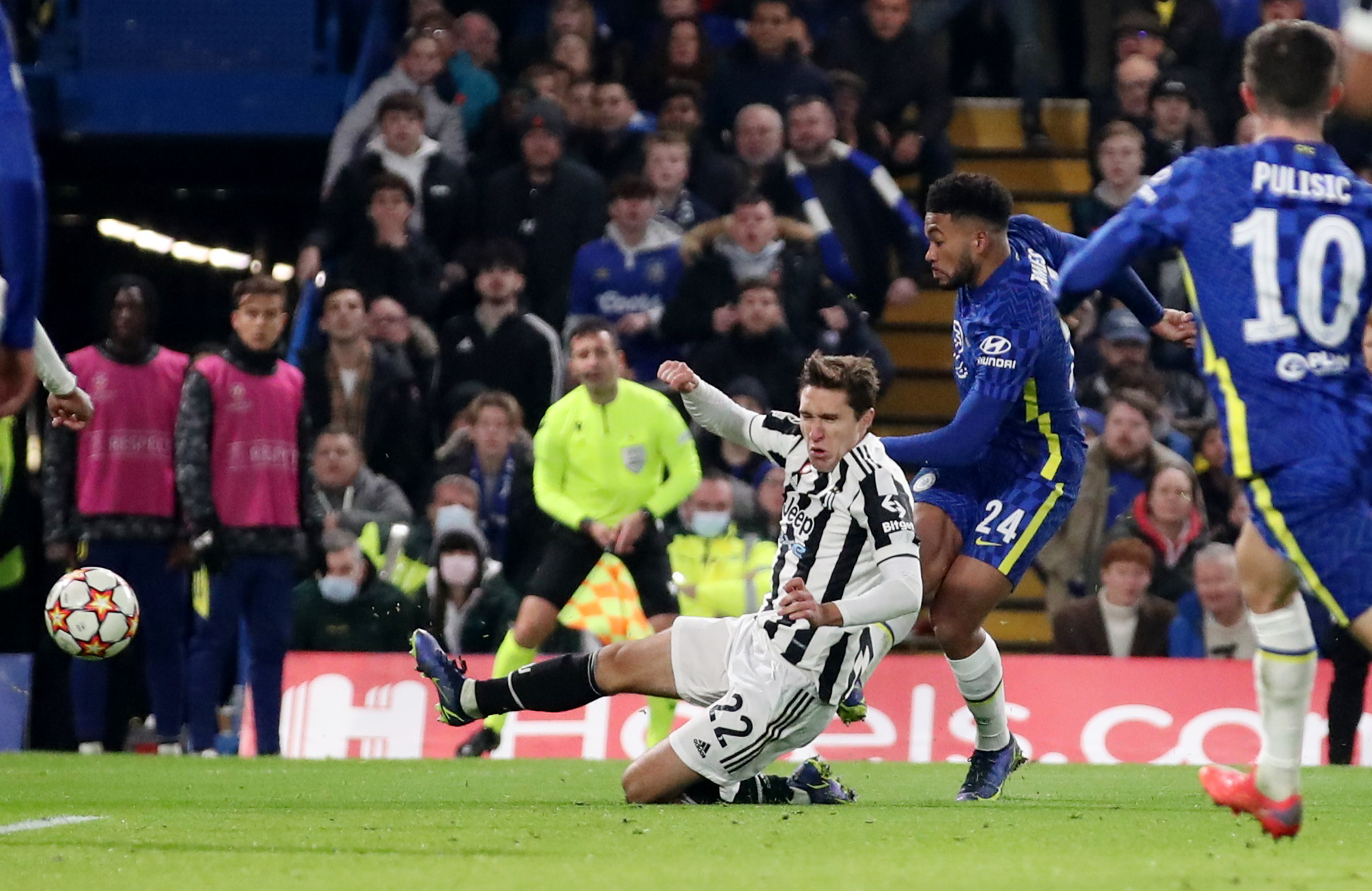 There have been blips – Bayern Munich’s electric wideman Alphonso Davies toasted James in a 3-0 Champions League home defeat early last year – and it would be fascinating to see those two youngsters go at it again.

And there was a red card for England last autumn when James uncharacteristically lost his head at the final whistle of a home defeat by Denmark.

Full-backs have long been under-appreciated in England. None have ever been voted PFA Player of the Year.

And Ashley Cole, perhaps England’s greatest full-back, never received due respect – although he wasn’t as complete a player as James promises to be.

Back to Southgate, then – and an admission that plenty of us have fallen into the trap of believing the caricature of boring old defensive-minded Gareth.

With James absent against Hungary, Southgate sent out a flat back-four and five attacking players, yet England spluttered to a 1-1 draw.

But when he reverted to a 3-4-3 against a supposedly-decent Albania, England were five-up by half-time, with James rampant.

This will surely be the template for next year’s World Cup – with Walker in a back three, James at wing-back, and Alexander-Arnold a back-up.

England reached the Euros final without Ben Chilwell featuring, and with James only used in the goalless draw with Scotland.

Now, that Chelsea duo are threatening to become an English version of Carlos and Cafu or France’s outstanding 1998 World Cup-winning duo of Lilian Thuram and Bixente Lizarazu.

As Southgate said, we must stop thinking of James as merely a right-back.

It is a miracle Eriksen survived, claims his former doctor at Spurs

Will fifth place in the Premier League mean Champions League qualification after Man City are banned for FFP breach? – The Sun