HAKIM ZIYECH could be the first victim of Chelsea's January transfer spree by joining Roma.

The winger has been targeted by the Italians as he finds himself squeezed out at Stamford Bridge.

Ziyech has found himself back in the first team at Chelsea in recent weeks but fears for his long term future.

He struggled for a place in boss Graham Potter's side before the World Cup in November and is only getting game time due to injuries and new arrivals.

Chelsea have Raheem Sterling and Christian Pulisic on their injury list and have just signed £88m wideman Mykhailo Mudryk.

Ziyech had fancied a move to Barcelona but would be keen to move to Serie A to play under Mourinho if it means more game time.

The left-footed ace has since made 98 appearances, scoring 14 times and laying on 11 assists.

Prior to the World Cup he started just one Prem match this term, while Thomas Tuchel was still at the helm.

But recent injuries have brought him back into contention – being selected to start three of his side's last four.

These outings included yesterday's 0-0 draw with Liverpool, during which he was unable to conjure a goal.

Chelsea have so far splashed £186.5m on permanent signings this month, as well as a further £10m loan fee on Joao Felix. 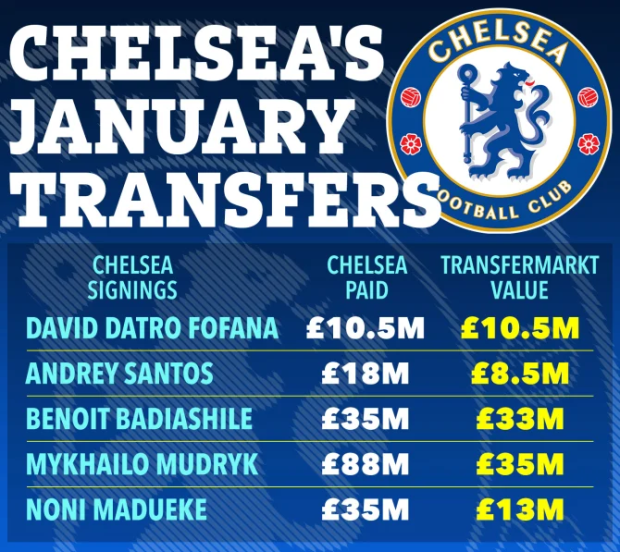