Home » Sport » Celtic: ‘I had so many chances to escape East Germany’ – Andreas Thom on the Berlin Wall, the Stasi & scoring at Ibrox 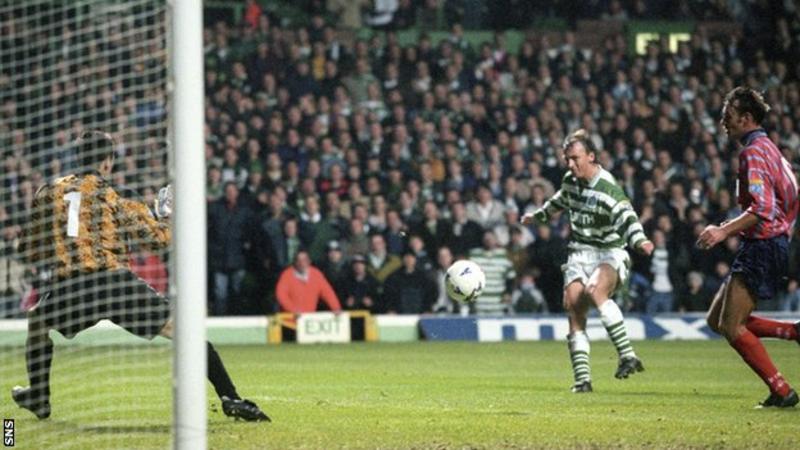 Thirty years ago this week, on November 9 1989, the Berlin Wall crumbled and the Cold War began to thaw. Exactly 37 days later, a 23-year-old midfielder called Andreas Thom joined Bayer Leverkusen for a fee of 2.5m Deutschmarks, becoming the first East German player to sign for a West German club.

Celtic fans will remember Thom as their crafty play-maker from 1995 to 1998, a wily attacker sporting a mullet who belted in a howitzer at Ibrox in an Old Firm classic. What many might not have realised, then or now, is his part in a monumental moment of world history.

In flitting from east to west, Thom left behind not just any club, but the mighty Dynamo Berlin – the dominant force that side of the wall whose president Erich Mielke was head of the hated and feared state security police, the Stasi.

It was a hugely symbolic switch that would have been unthinkable just a few weeks earlier, when the communist German Democratic Republic (GDR) remained a sealed-off country that kept its citizens trapped behind concrete and razor wire. The Eastern Bloc state guarded its top sport stars closely, regarding them practically as weapons in their battle of power and prestige against the capitalist west.

What was it like to play football behind the Berlin Wall under an oppressive regime? How did it feel to become the first player to cross the great East-West divide? And what does Thom remember of his days in Scotland?

Thom was the true star of East German football in the late 1980s, winning five titles and 51 caps for the East German national team.

The midfielder was a prized asset at Dynamo Berlin, and was reminded of it on occasion by Mielke’s Stasi stooges, who would offer him modest privileges much beyond those which average citizens in a country of shortages and austerity were permitted to enjoy.

“They would speak to me sometimes, to ask if I felt good, to ask maybe if I needed a new flat or something,” Thom remembers.

He and his team-mates knew that there was an undertone of coercion and control to such interactions. “But what could we do?” he ponders. “We could do nothing. We couldn’t tell them ‘Hey, no’.”

The reception Dynamo Berlin got from opposition supporters everywhere, because of their ties to the Stasi, would more than prepare Thom for the highly charged atmosphere he would later experience at Old Firm matches.

“I remember when I played my first game in the first team, an experienced player told me, ‘Hey, you must know, when we go in the stadium everybody is booing and whistling against you. Don’t let it get to you!’ It was good for my head,” he says.

Dynamo were often accused of influencing referees – did Thom ever witness decisions in his team’s favour that seemed suspicious?

“Sometimes, maybe,” he shrugs. “But it is not possible to win so much only because of the decisions from referees. We had a lot to do.”

Unlike the vast majority of his fellow East Germans, Thom was fortunate to be able to leave the country from time to time to play in European Cup fixtures with Dynamo Berlin, or to represent the national team.

But he knew that he was being closely watched everywhere he travelled. Particularly following the high-profile escape of two of his former Dynamo Berlin team-mates, Dirk Schlegel and Falko Götz, prior to a European Cup match at Partizan Belgrade in 1983.

Did Thom ever consider trying to flee himself? “I had so many chances,” he admits. “But I stayed. Because my parents, my family, would have had so many problems.”

The night the Berlin Wall fell, Thom was with the national squad in Leipzig, preparing for a crunch World Cup qualifier against Austria. 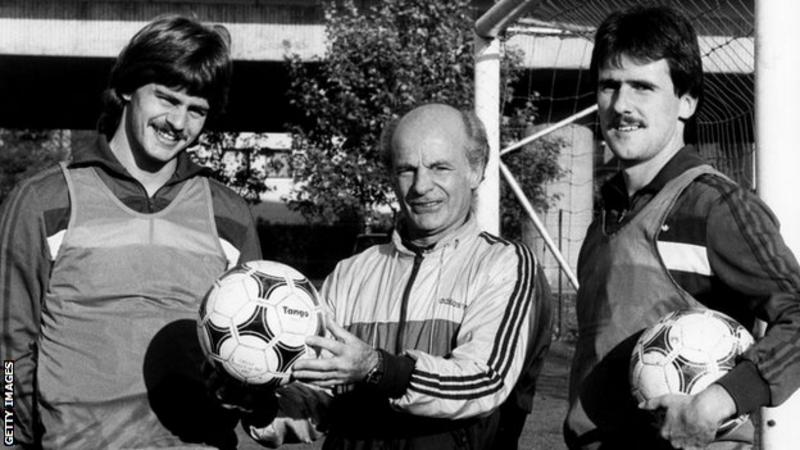 “We were watching it on the television,” he recalls of euphoric scenes unfolding in his home city, as thousands of East Germans flooded over the border.

Thom and his team-mates enjoyed a low-key celebration. “I think we opened a bottle of beer,” he says.

East Germany lost their last-ever competitive match 3-0 and missed out on the chance to compete at Italia ’90. But Thom’s thoughts quickly turned back to the domestic game, as enterprising Bayer Leverkusen coach Reiner Calmund plundered him from Dynamo Berlin.

Thom made his Leverkusen debut against FC Homburg in February 1990, a game he will never forget.

“Everybody was watching as if I had four arms, two heads, four legs,” he says. “But I scored and everything was okay.”

After 161 appearances and 37 goals for Leverkusen, Thom moved to Celtic in 1995, when Tommy Burns broke the club’s transfer record by splashing out £2.2m to sign the 29-year-old.

He remains well regarded today by fans of many loyalties for the touch of German class he brought to the Scottish game, scoring 14 times and making many more goals in 70 Celtic outings, earning his first silverware in the 1997 Scottish League Cup final.

“Fantastic crowds, fantastic stadiums, I only have good memories of playing in Scotland,” Thom smiles. “Apart from the weather.”

His highlight of his time at Celtic? That pile-driver in a 3-3 Old Firm thriller in November 1995, of course. “I didn’t know that I can shoot so hard!” he laughs.

Thom was part of the 1998 title-winning squad which famously broke Rangers’ run of nine straight league crowns, preventing them from exceeding Celtic’s record of forged in the 1960s and 70s.

Now, atop the Premiership on goal difference, Celtic stand just one league title away from another nine-in-a-row success, and two shy of an unprecedented 10.

From his home city, the one-time realm of the Stasi he toyed with fleeing and where he now finds fulfilment coaching at Hertha Berlin, Thom will be roaring them on.

A North Carolina teen was healthy and athletic. The flu killed her in days

SEE IT: Fight reportedly breaks out among Bruin fans during Game 5