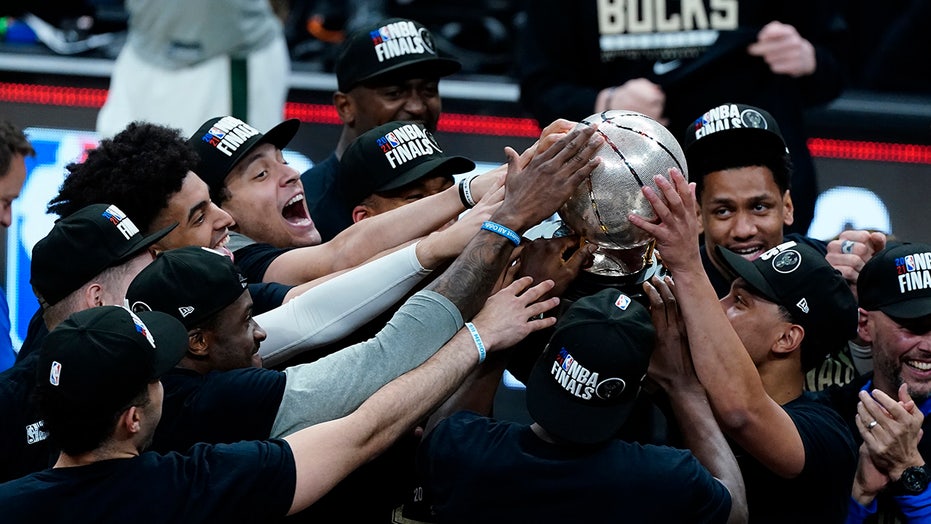 As much as the oddsmakers may argue otherwise, there’s an excellent chance the Milwaukee Bucks will celebrate the 50th anniversary of their lone NBA title by winning it all again.

Sure, the Bucks go into the NBA Finals as underdogs to the Phoenix Suns, according to Fanduel Sportsbook. The uncertain health situation of two-time MVP Giannis Antetokounmpo makes it only natural to feel skeptical about the Bucks’ chances.

But if Antetokounmpo does return from a hyperextended left knee and is even remotely close to full strength, he could do enough to put the Bucks over the top in this series.

Antetokounmpo has averaged 28.2 points, 12.7 rebounds and 5.2 assists in the postseason.

Although the Suns won by a single point in each of their two regular-season games with Milwaukee, they didn’t have an answer for Antetokounmpo in either of those two contests. He scored 47 against the Suns in Phoenix and 33 against them in Milwaukee.

This postseason is turning into a national showcase for Khris Middleton, a two-time All-Star who has the ability to take over games. Middleton made the go-ahead basket with 40 seconds left in overtime of the Bucks’ Game 7 second-round victory at Brooklyn, scored 20 points in the fourth quarter at Atlanta in Game 3 and poured in 23 points in the third period at Atlanta in Game 6.

Jrue Holiday was a first-team selection on the NBA’s all-defensive team and has enough versatility to guard either Chris Paul or Devin Booker.

Phoenix has looked stronger for much of this postseason while winning 11 of its last 13 games, but Milwaukee could benefit from having faced more tests in these playoffs.

The Bucks avenged their 2020 playoff loss to Miami by sweeping the Heat in the first round. They trailed Brooklyn 2-0 and 3-2 before rallying to win that series. And they were tied 2-2 and missing Antetokounmpo in the Eastern Conference finals before fulling that series out.

Milwaukee also showed signs in its last game that it’s finally pulling out of the shooting slump that has hindered the Bucks throughout this postseason.

Antetokounmpo’s injury also has caused the Bucks’ role players to step up.

Milwaukee relied almost entirely on its starting five against the Nets but got key contributions from reserves in the Atlanta series. Bobby Portis replaced Antetokounmpo in the starting lineup and scored 22 points in Game 5. Pat Connaughton and Jeff Teague came off the bench and combined for 24 points in Game 6.

If Antetokounmpo is back for the Finals, the Bucks now should have the type of depth that can produce a championship. Even if he isn’t available, the Bucks still showed in the last two games against Atlanta that they can give Phoenix all it can handle.

From having balls squeezed to being ‘bullied’.. Mark Clattenburg reveals five most annoying players to referee – The Sun