Allen and the Bills had their feet on the gas pedal early and did not let up the entire game. The star quarterback found Dawson Knox two times in the first quarter to take the lead and running back Devin Singletary followed up with two rushing touchdowns in the second quarter. 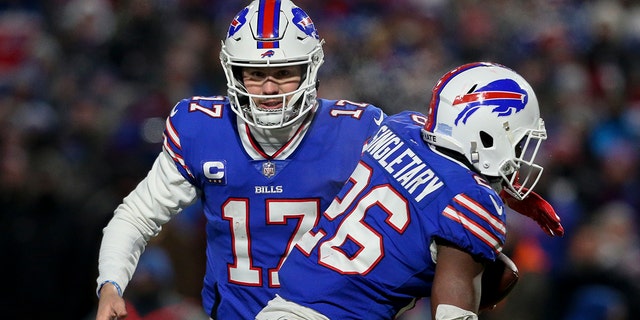 Buffalo Bills quarterback Josh Allen (17) hands the ball off to running back Devin Singletary (26) during the first half of an NFL wild-card playoff football game against the New England Patriots, Saturday, Jan. 15, 2022, in Orchard Park, N.Y.
(AP Photo/Joshua Bessex) 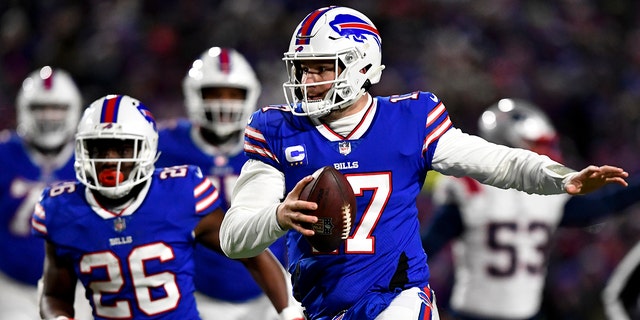 New England could not get any offense going.

Rookie quarterback Mac Jones had 232 passing yards, two touchdown passes and two interceptions. One interception was to Micah Hyde and the other was to Levi Wallace.

Jones had both of his touchdown passes to Kendrick Bourne. The wide receiver had seven catches for 77 yards. 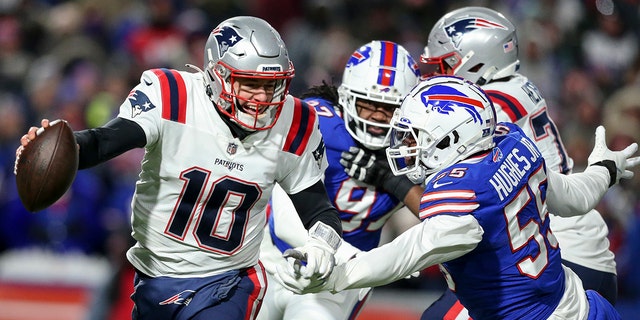 The Patriots and Bills came into the game tied in their season series and the Bills get the most important win.

Buffalo was the No. 3 seed in the playoffs and will either play the Kansas City Chiefs or the Cincinnati Bengals next week.

Champions League final tickets: Are Chelsea and Man City fans allowed to go and which city is hosting the match?