Home » Sport » Barcelona 5 Real Betis 2: Lionel Messi benched for first league game in over a year for but comes on to score twice

LIONEL MESSI started on the bench in a league game for the first time in over a year but came on to help Barcelona thump Real Betis.

The Argentine superstar came on at half-time with the score at 1-1 to inspire the Blaugrana to victory – scoring twice and setting up another. 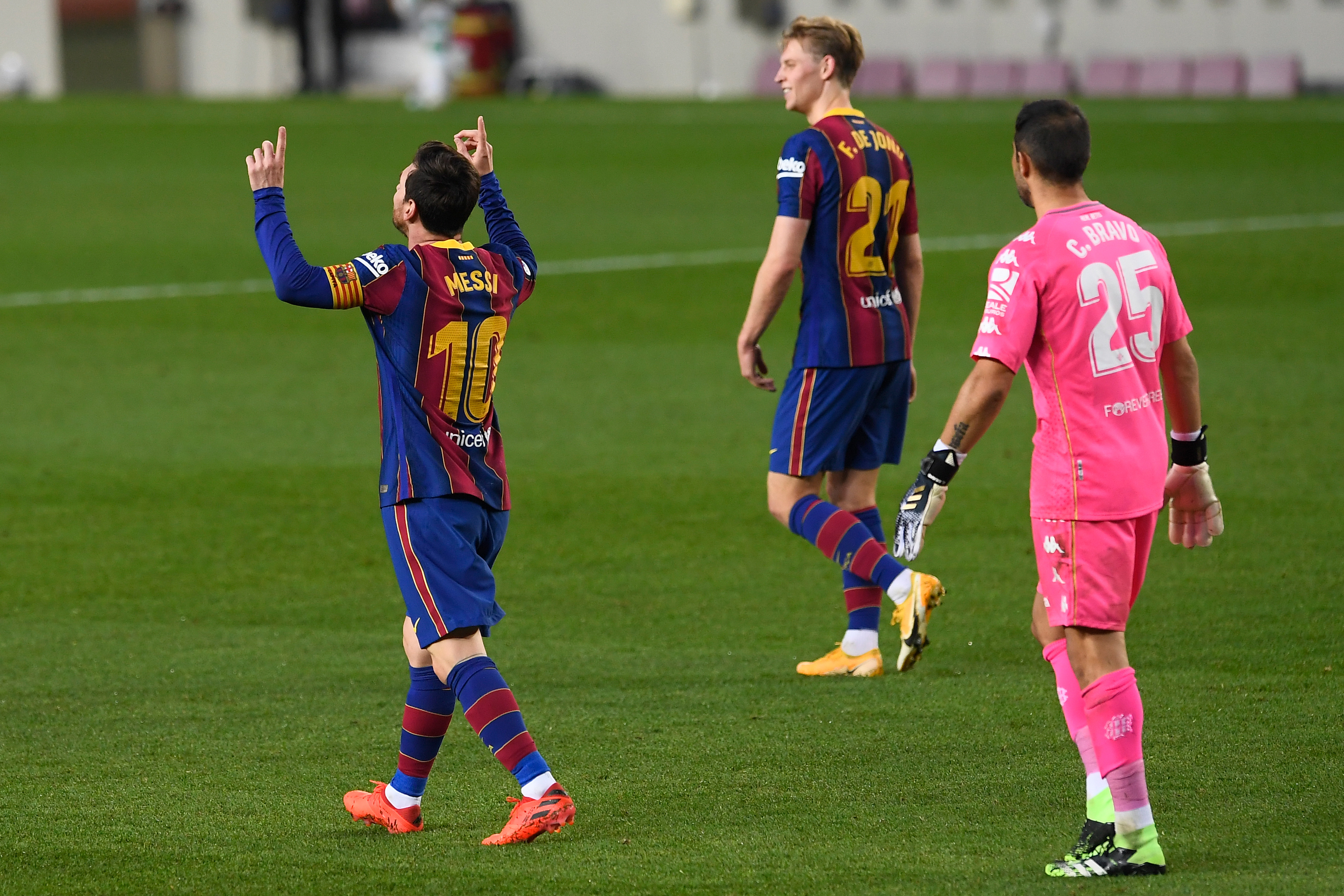 The last time the 33-year-old failed to make the starting lineup in La Liga was in September 2019, when an adductor injury kept him out of a 2-0 win against Getafe.

But his second-half introduction against Betis helped Ronald Koeman's side end a run of four league games without a win and lifted them back into the top half of the table.

With Messi missing due to a reported ankle niggle, Ousmane Dembele stepped up to open the scoring for Barcelona, firing in a left-footed rocket from the right-hand side of the box on 22 minutes.

Antoine Griezmann had the chance to double Barca's lead from the spot soon after, but the Frenchman was denied by a superb save from ex-Barca man Claudio Bravo.

The hosts were pegged back on the stroke of half time though, as former Barca B striker Antonio Sanabria drew Manuel Pellegrini's side level with a fine finish.

The Barca legend looked set to have an instant impact on the scoresheet just three minutes after the restart, as he ran onto Jordi Alba's first-time ball from the left.

But instead of a first-time shot as we are so used to seeing from the Alba-to-Messi combination, the No10 took three players out of the game with a genius dummy to allow Griezmann to tap into an empty net. 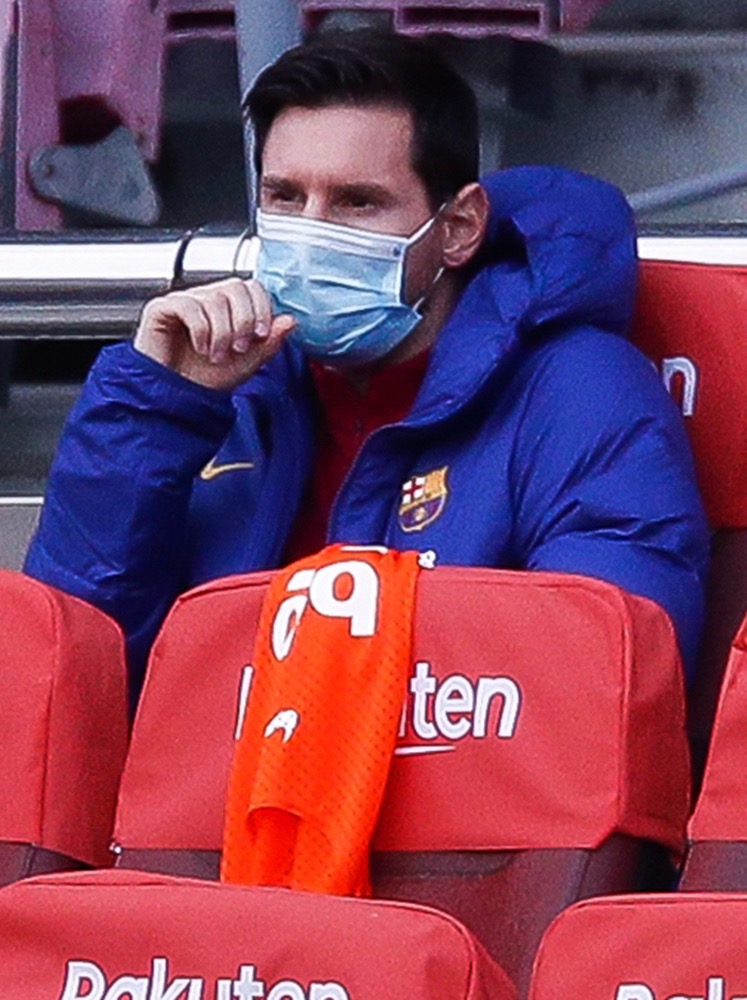 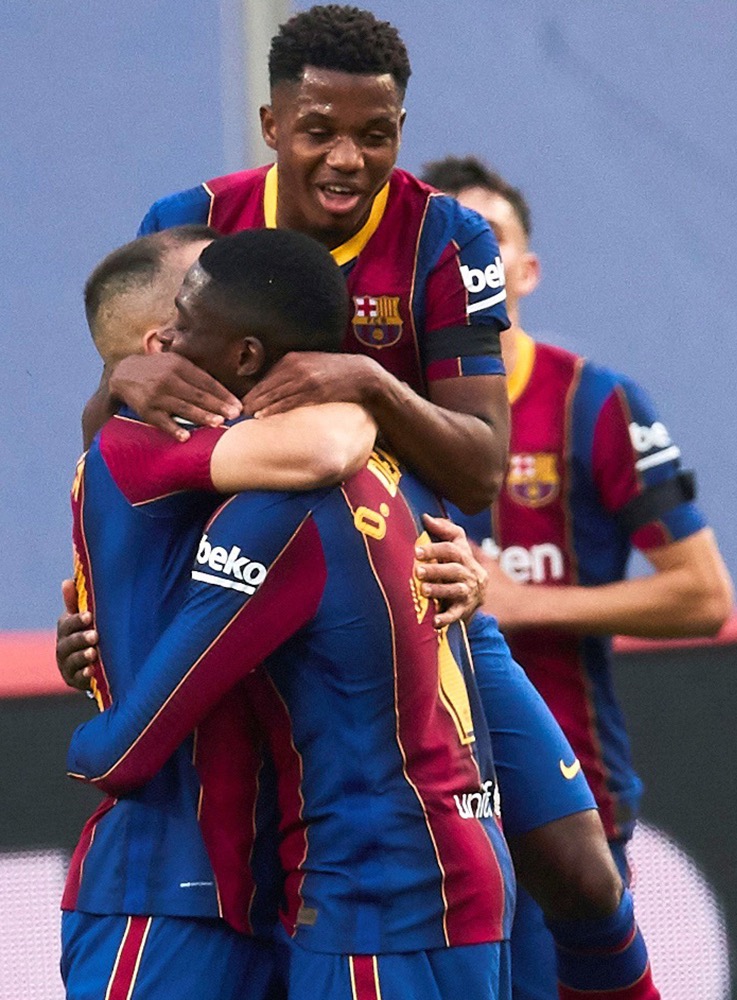 Messi then thumped home his fifth penalty of the season – and 15th in a row – to make it 3-1 on the hour-mark after a goal-line handball from Betis defender Aissa Mandi.

A goal from Loren Moron cut the hosts' lead in the 73rd minute but Messi lashed the ball past ex-teammate and former Manchester City goalkeeper Bravo one-on-one to restore Barca's advantage.

Messi's goals were his first in La Liga since the opening day of the season and his second marked his first from open play this term. 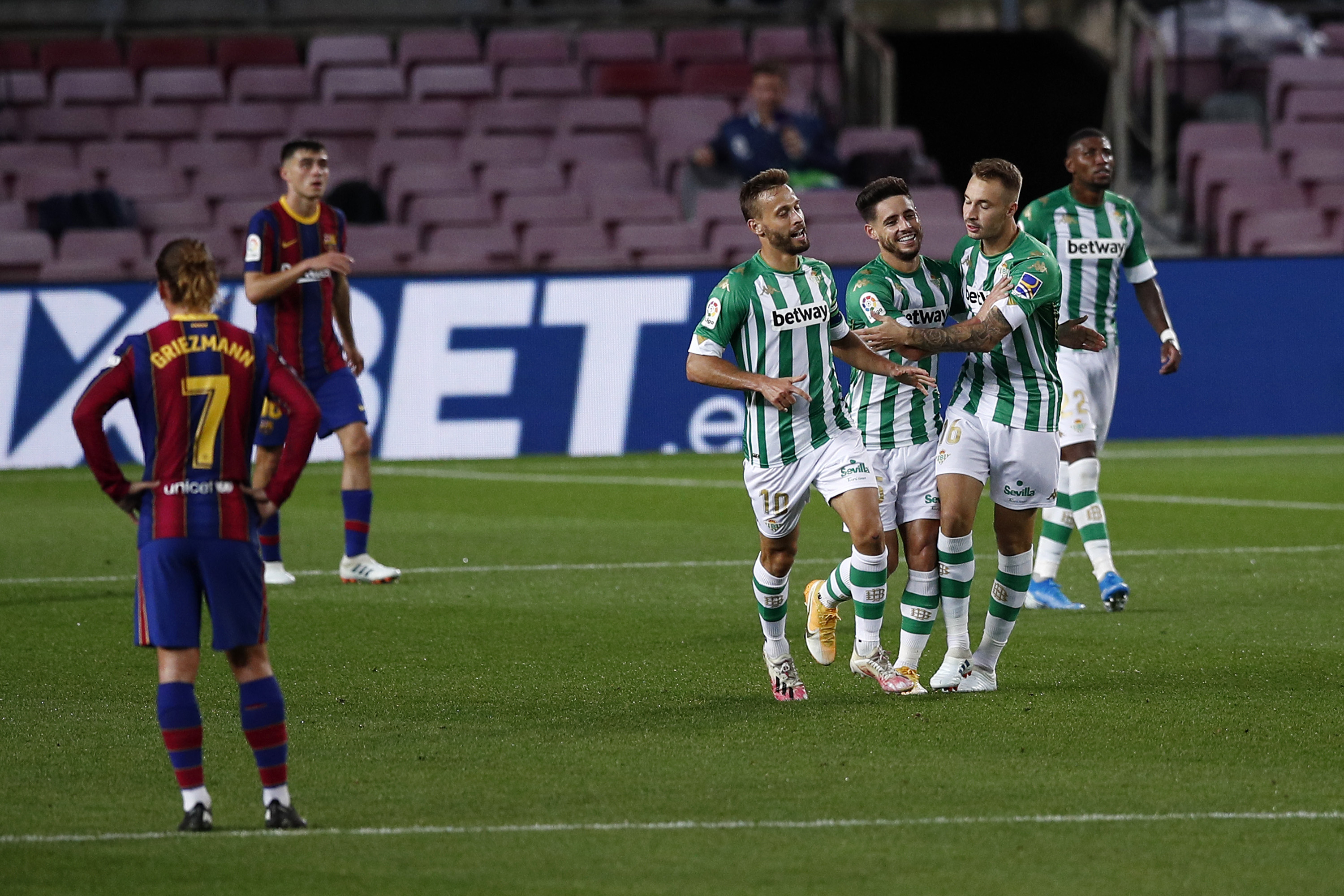