And the Spaniard’s strike saw him equal a Champions League record for defenders while putting an end to Barca’s losing run in Europe. 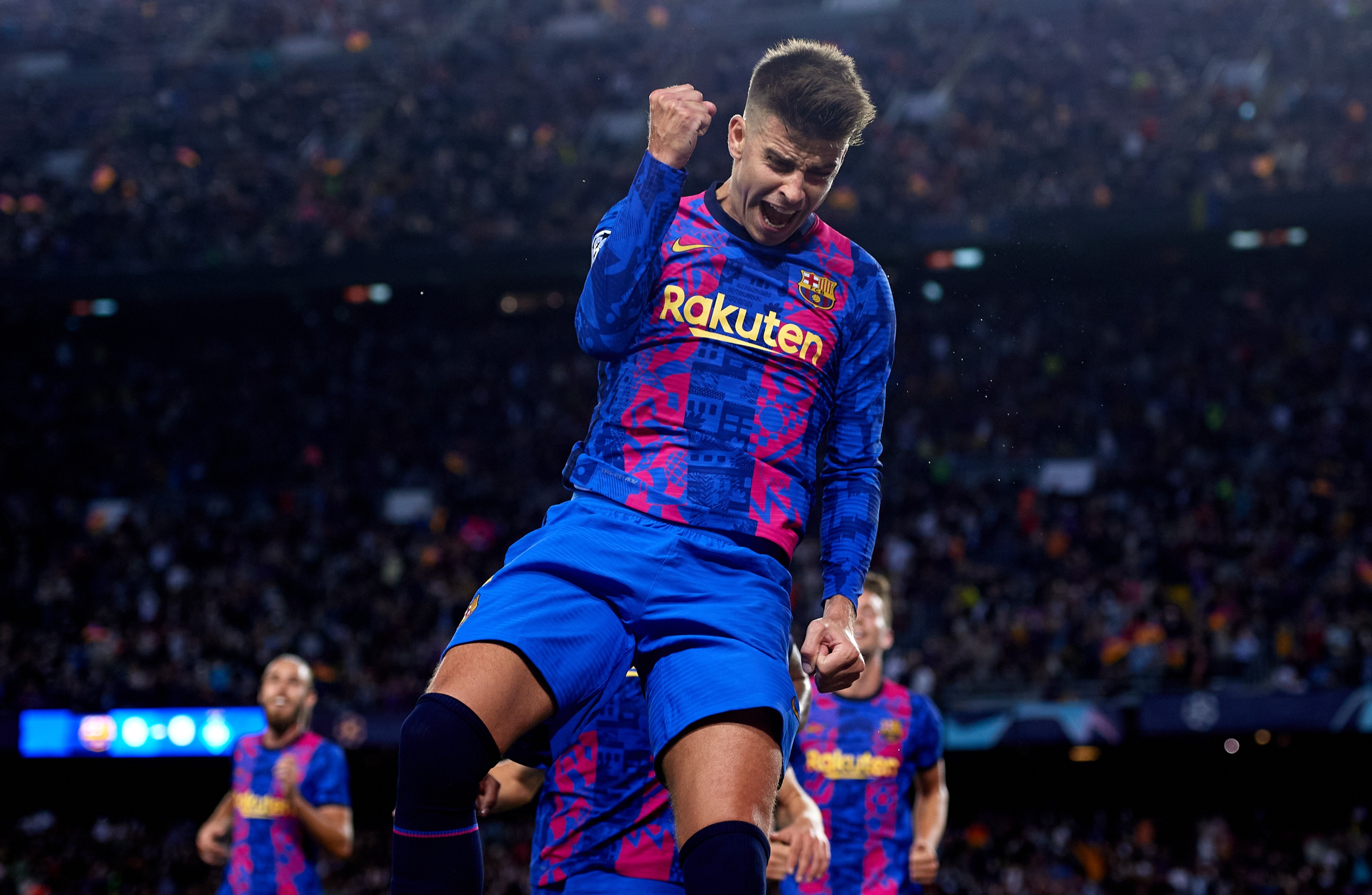 But there were only 45,000 fans in attendance to witness the monumental occasion at a half-empty Nou Camp.

Pique scored his 16th Champions League goal to secure the crucial win for Ronald Koeman’s side.

The Dutchman had overseen consecutive 3-0 Champions League losses to Bayern Munich and Benfica, and Barcelona were in danger of not getting past the group stage for the first time since 2000-01.

But victory put the Catalan club in third place in Group E, two points in front of Dynamo and one behind Benfica.

It was Barcelona’s second win in a row after only winning once in six matches in all competitions.

Barca had been winless in five straight Champions League games, their longest run without a win since 1997.

Barcelona had lost their last three Champions League matches at home for their worst streak ever in the European competition.

Pique opened the scoring with a one-timer from close range after a cross by Jordi Alba across the area in the 36th minute.

And the strike saw him join former Real Madrid left back Roberto Carlos as the top-scoring defender in the Champions League.

Pique had been tied with former Madrid central defenders Sergio Ramos and Ivan Helguera with 15 goals.

The 34-year-old Pique also became the oldest Champions League scorer for the Catalan club, surpassing Sylvinho, who netted against Shakhtar Donetsk in 2008.

Striker Sergio Aguero came off the bench in the 75th to replace Memphis Depay and make his second appearance with Barcelona since joining the club from Manchester City.

Barcelona had never lost more than two group-stage games since 1997-98.

Meanwhile, Dynamo had opened with a home draw against Benfica before losing 5-0 at Bayern in a result that equaled their heaviest defeat in a UEFA club competition.

Barcelona’s next match is the Clasico against Real Madrid at the Camp Nou on Sunday.

In the Champions League, they will visit Dynamo in November.