The Dublin champions invariably enter Leinster each season as hot favourites to win the provincial title, but some clubs from the capital have suffered shock losses in recent seasons.

Twelve months ago, Kilmacud Crokes were upset by Mullinalaghta of Longford, while St Vincent’s were stunned by Rathnew of Wicklow the previous year.

Ballyboden are fully aware of the potential pitfalls, as they aim to secure safe passage through to an All-Ireland semi-final when they face Éire Óg in Sunday’s AIB Leinster final.

“The quality in Leinster is serious,” warned Ryan Basquel.

“We played Newtown Blues in the first game and we pulled away at the end but with five minutes left there was only a point or two left in the game. Crokes last year lost to the Longford champions and Vincent’s lost to the Wicklow champions so it shows you have every county in Leinster has strong competition.

Éire Óg no longer being pushed around

The south-siders haven’t ventured outside Dublin since their run to the All-Ireland title in 2015-16, but things have clicked once again this season.

“Momentum is a massive thing and we really went after the league this year and we haven’t lost a game in the league,” Basquel explained.

“I think that carried on into championship. You can’t just flick a switch and turn it on so the confidence that lads have from winning those league games has definitely carried through to the championship. So I think you definitely do know during the year if you’re going well.

“The games we’ve had this year – Na Fianna, extra-time, Jude’s, goal towards the end – so when you get an opportunity when you get out of Dublin obviously you try to make the most of it because it is a really hard championship to win. I don’t think it’s too hard to come down from it because when you win (Dublin) you’re like, ‘Okay, we need to take this as far as we can’.” 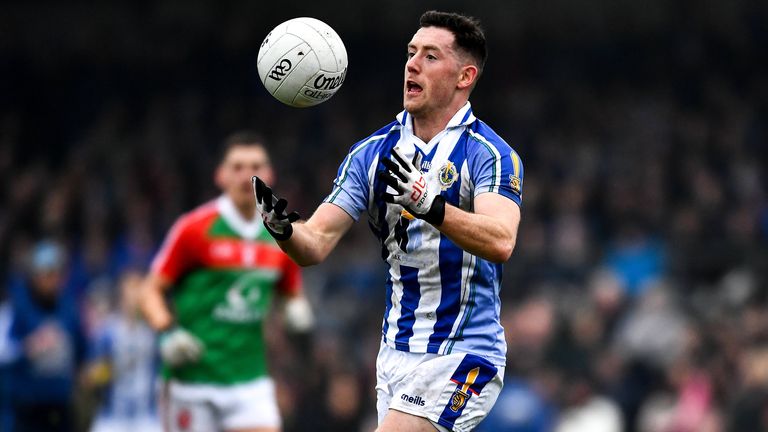 Having gone through the province four years ago, Ballyboden know it’s a different prospect playing outside of Dublin.

“The experience of just going down to the various county grounds it’s different to Parnell Park,” Basquel continued.

“The style of football is probably different to what you play against in Dublin.

“So I think the experience that we had is standing to us. But at the same time, we didn’t have that experience back then (2015), and it didn’t stop us then either. So there are various things that you can draw on, but I suppose at the end of the day, it’s all about the day as well.