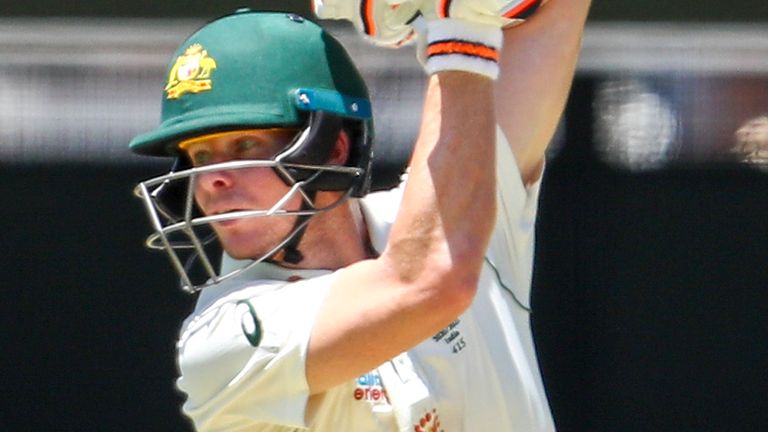 Steve Smith is willing to sacrifice playing in the T20 World Cup if it ensures he is available to take on England in the Ashes later this year.

Smith is currently nursing an elbow injury that has ruled him out of Australia’s limited-overs tours of the West Indies and Bangladesh, beginning this month.

Although he is hopeful of being fit for the world T20 tournament, which gets under way on October 17, the 32-year-old says he will make it his priority to be fit for Australia’s defence of the Ashes at the end of the year.

“There’s still a bit of time between now and the T20 World Cup, and I’m tracking OK at the moment,” Smith told the Cricket Australia website.

“But from my point of view, Test cricket, that’s my main goal – to be right for the Ashes and try to emulate what I’ve done in the last few Ashes series I’ve been involved in.” Following the T20 World Cup, Australia face Afghanistan in a single Test in late November before the first of the five-match Ashes series begins on December 8 in Brisbane.

Smith has a staggering record with the bat in previous Ashes series – having hit eight hundreds and scored close to 2,000 runs in 14 Tests across the past three series.

“I want to put myself in a position where I can have that kind of impact,” Smith added. “If that does mean not partaking in the World Cup, then we’ll have to go down that path, but hopefully we don’t have to go there.

“I’ve made a bit of progress the last few weeks. I started some batting, just 10 minutes at a time, and basically my path now to getting back to playing is building up from there.

“The Ashes is the primary focus from my point of view. I need to be in a position where I can bat for long periods of time, and at the moment I can’t do that, which is annoying.”