ASTON VILLA are reportedly weighing up a move for Bournemouth midfielder David Brooks.

But they face competition from Manchester United who are also chasing the youngster. 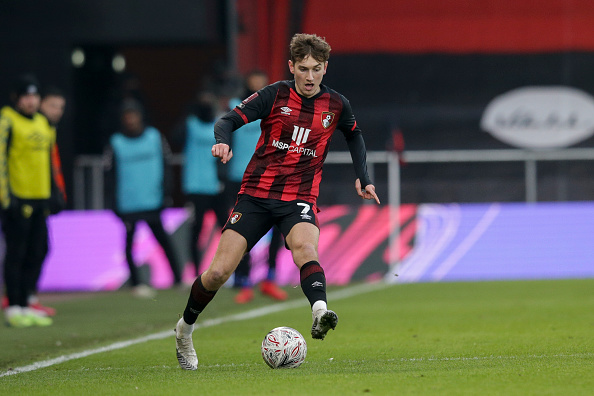 Brooks, 23, has excelled this season since his return from injury and he hopes that the club can regain their position in the top-flight.

He has scored three goals and provided five assists in only 17 appearances so far this campaign.

The Cherries currently sit 3rd in the Championship, only a point off the automatic promotion spots.

And the Wales international has already expressed his desire to make a return to the Premier League.

Aston Villa seem to be the front runners to land Brooks this January transfer window.

But according to Talksport Journalist, Alex Crook, the potential price tag to pick him away from the Cherries, could be a hefty one.

Cook said: "One player [Aston Villa] are keen on is Bournemouth's David Brooks.

"I think it would take a big bid to persuade the Cherries to sell Brooks – he's a massive part of their own bid to get back into the Premier League.

"But I can see why Dean Smith would be looking at him. Villa have done really well recruiting from the EFL with the likes of [Ezri] Konsa and Ollie Watkins.

"This would be a show of ambition and proof they mean business."

The Welshman was snatched from Sheffield United for £10million back in 2018.

He registered seven goals and added five assists in his debut Premier League season, but was injured for much of Bournemouth's doomed 2019-20 campaign.

Reports suggest that the Red Devils want to lure the midfielder to Old Trafford.

But Brooks is confident that he can gain promotion by staying on the South Coast.

However, Ole Gunnar Solskjaer's team's current form might make a transfer to the Red side of Manchester that bit more tempting.