EDDIE KELLY has been the answer to pub quiz questions for generations as the first substitute to score in an FA Cup final.

He netted Arsenal’s scrambled extra-time equaliser in the 2-1  triumph over Liverpool in 1971… or did he? 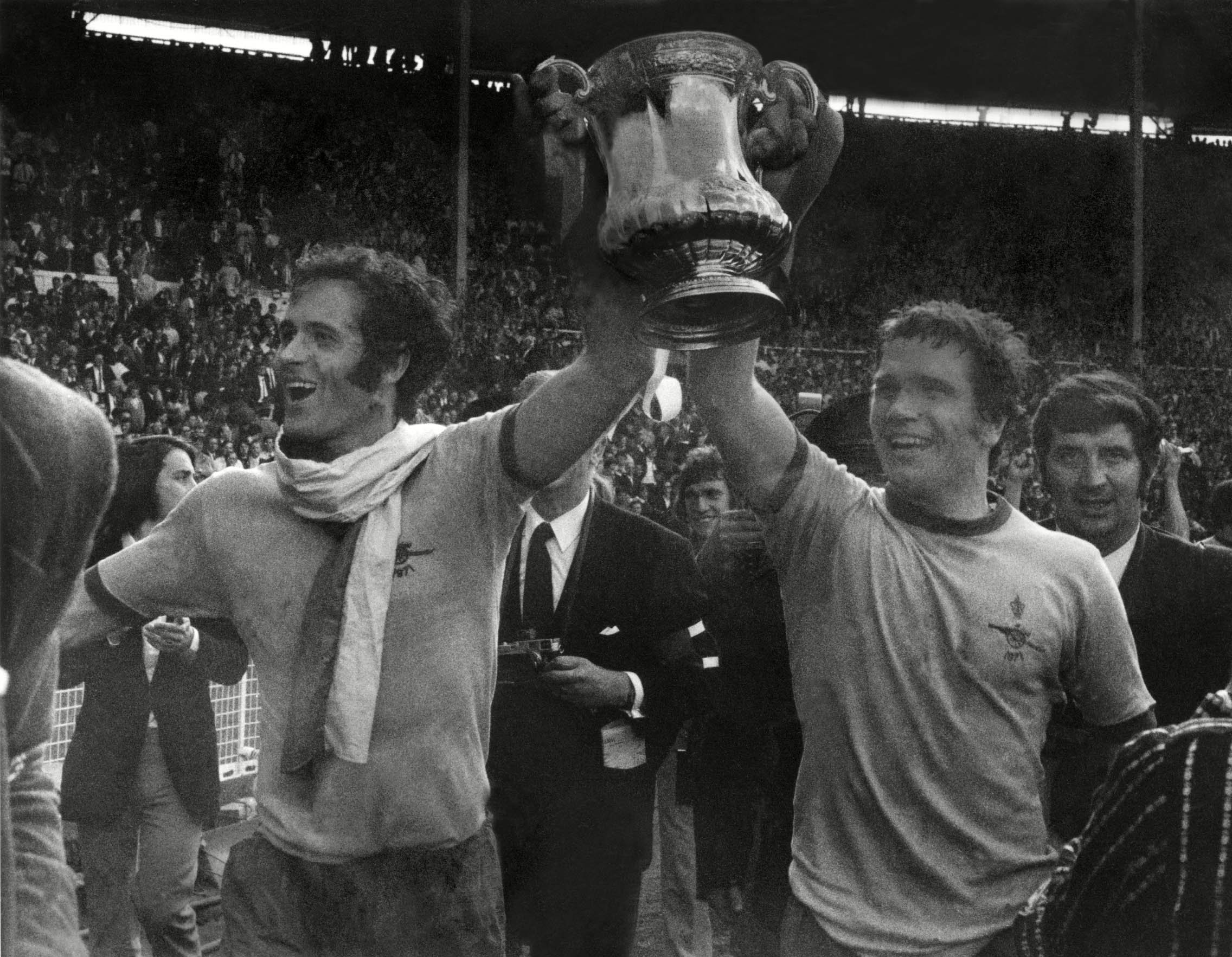 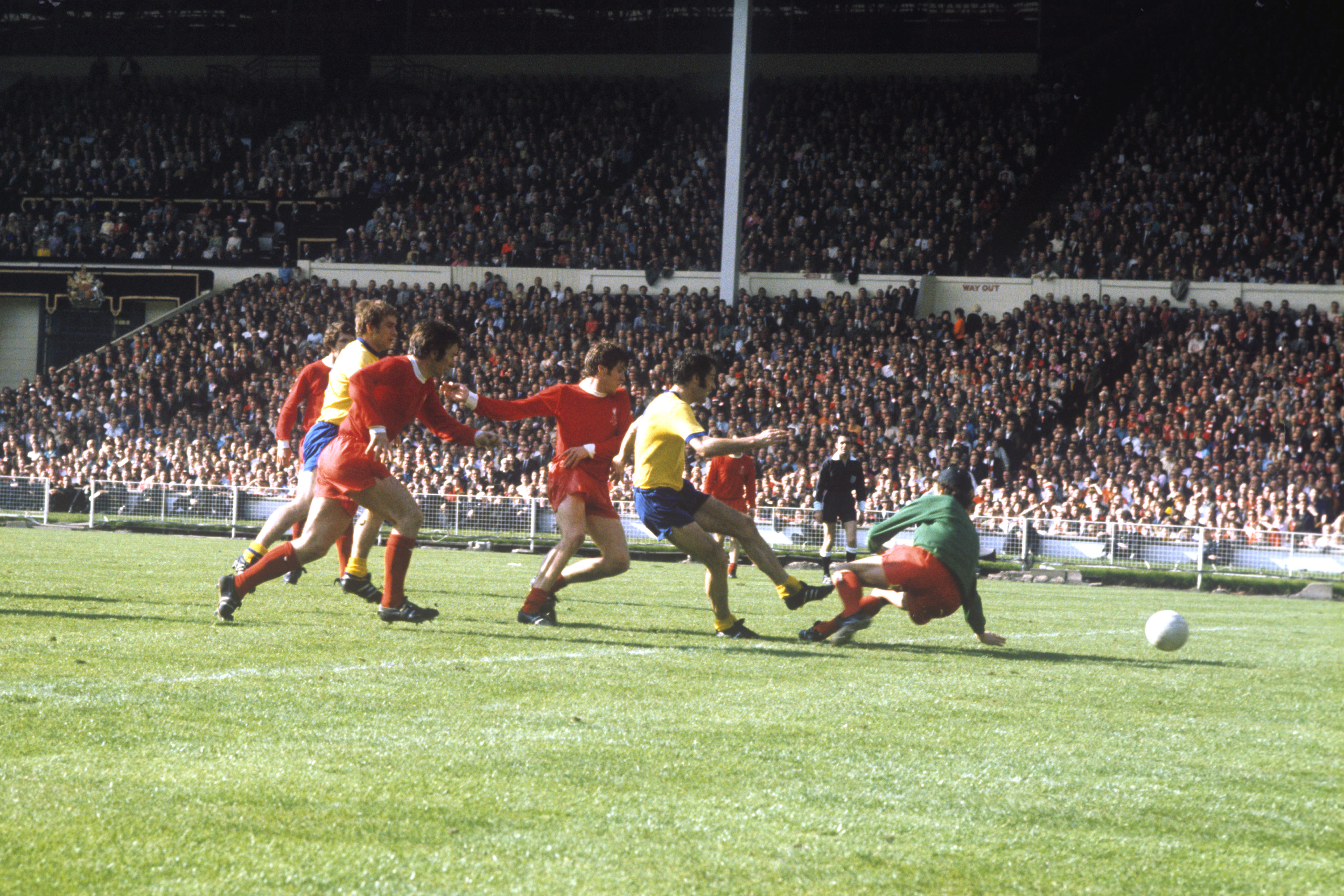 The debate still rages 50 years on — whether it was Kelly or Gunners team-mate George Graham.

But, today, SunSport  reveals new video footage of the goal from a different angle which appears to prove Graham got the final touch.

Incredibly, the two ex-Gunners admit they have NEVER discussed the goal.

Kelly remains convinced it is his as “my mother said I scored”.

While Graham, who went on to manage Arsenal to League, FA Cup, League Cup and European glory, says he is happy to let people make up their own minds over the new evidence.

Graham was originally credited with the goal but it was later awarded to Kelly after ITV commentator Brian Moore highlighted behind-the-goal TV footage on his Big Match programme the following day.

Yet a new fan video — unearthed by britishpathe.com — paints a different  picture.

Graham, 77, admitted: “To be honest, I have no intention of wanting to put any sort of claim on the goal half a century later.

“I wasn’t aware of any new footage but it was one of the scrappiest goals you will ever see.

“At the time I thought I’d scored it. I got a touch. But the next day  Brian Moore  on ITV  said  it was Eddie’s goal.

I took so much stick over people thinking I had claimed it as my goal.

“I took so much stick over people thinking I had claimed it as my goal.

“But as far as I am concerned, the fact it got us back in the match was the all-important thing.

“It’s lovely the footage is out there. Watching it can give everyone an opinion.

“That final has so many happy  memories for me and the rest of that fabulous Arsenal team, too.”

However, Kelly, 70,  said: “I have had a look. It’s from a different angle but it still looks like I got the last touch.

“I was a bit gutted I never got the credit I deserved for the goal.

“Team-mate John Radford always joked that George only got Man of the Match because he scored the goal — and he is waiting for George to give him the  trophy!”

It was FA Cup fanatic Steve Lawrence who found the archive cinematic replay of the goal. 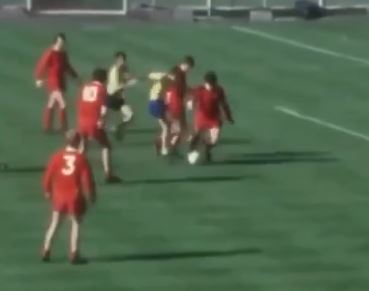 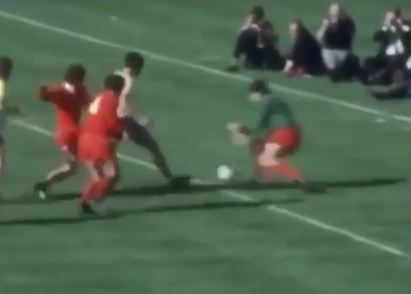 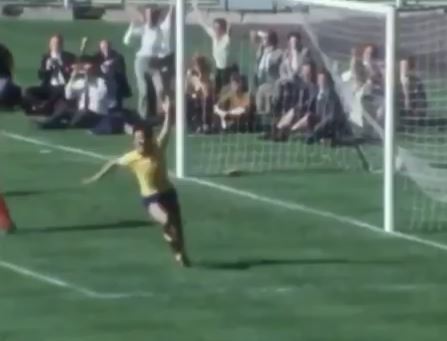 Lawrence, who looks after the @facupwembley Twitter account, said: “I stumbled across it while I was looking through the British Pathe archives.

“I’m so pleased  it might settle an argument and get George and Eddie’s version on the match and ‘their’ goal half a  century later.” Neither of the two Gunners old-boys have talked about who got the final touch.

Graham said: “No. It was never discussed. I think the pair of us were just enjoying celebrating the FA Cup win.”

Kelly added: “We’ve  never had a  conversation about it.

“But George thinks he scored it. It must be the worst goal ever to be scored at Wembley and yet probably the most important goal of my career.

“It was our left-back, Bob McNab, who told me I scored as he had done a bit of TV work.

“Our manager, Bertie Mee, never ever even mentioned it to me, either.

“My mother also said I scored. She only ever came to see me play twice, once in this final and the other time when I captained Arsenal.

“To be honest, I preferred winning the Fairs Cup the year before as it was the first trophy Arsenal had won for 17 years and to win it at Highbury was amazing.

“I scored that night as well — and George never claimed it!”

Graham has nothing but wonderful memories of that incredible Arsenal  Double-winning side, who played 64 games that 1970-71 season and used just 16 players. He said: “What you have to remember was five days earlier we had to go to Tottenham and get a result to clinch the  title, which we did.

I have had a look. It’s from a different angle but it still looks like I got the last touch.

“That was such an achievement. We never quite got the credit we deserved for winning those two games in the same week to become only the fourth team in English football history to win the  Double.”

Kelly added: “After winning the FA Cup at Wembley we had a function at a hotel in London. It felt like it lasted a fortnight!

“During the season, we would also  regularly go to a pub called the White Hart in Southgate after games. Not all of the team,  just a few of us.

“It was a great atmosphere with the boys and we’d talk about the matches.

“The team spirit in that side was incredible.”

Graham said: “Arsenal were very, very lucky to have a captain like him, without question the best captain I ever played with. He was a brilliant leader. I still go and play golf with Frank and it is such a great opportunity to talk about football then and now and share so many great memories.”

Kelly added: “I can remember Frank taking a team meeting after we lost at Stoke 5-0 in the September of that  season. What he said and how he spoke was amazing.

“After that defeat and his talk we went on a 14-game unbeaten league run until the middle of January.

“Frank was the greatest. He was the complete winner and he made us winners.

“He would never be beaten and he helped the young players in the team, like Ray Kennedy, Charlie George, Pat Rice and myself, so much.”

So could the answer to the FA Cup trivia of who was the first substitute to score in a final be Stuart McCall — who was the next sub to net 18 years later when he came on for Everton when they lost 3-2 in the Mersey derby final against Liverpool in 1989?

Ironically, it was Ian Rush who helped the Reds to victory  that day with two goals himself… both from the bench! 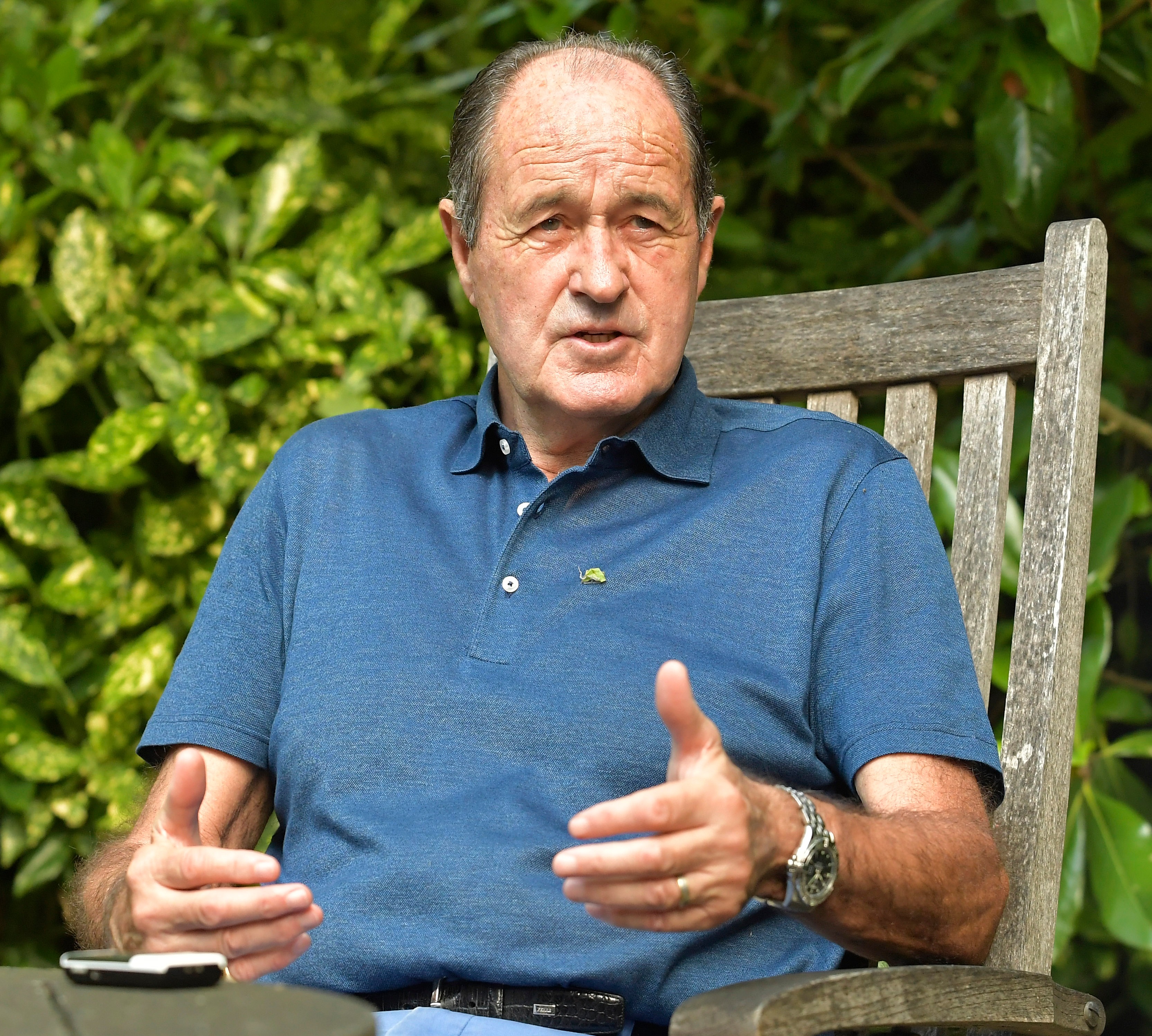 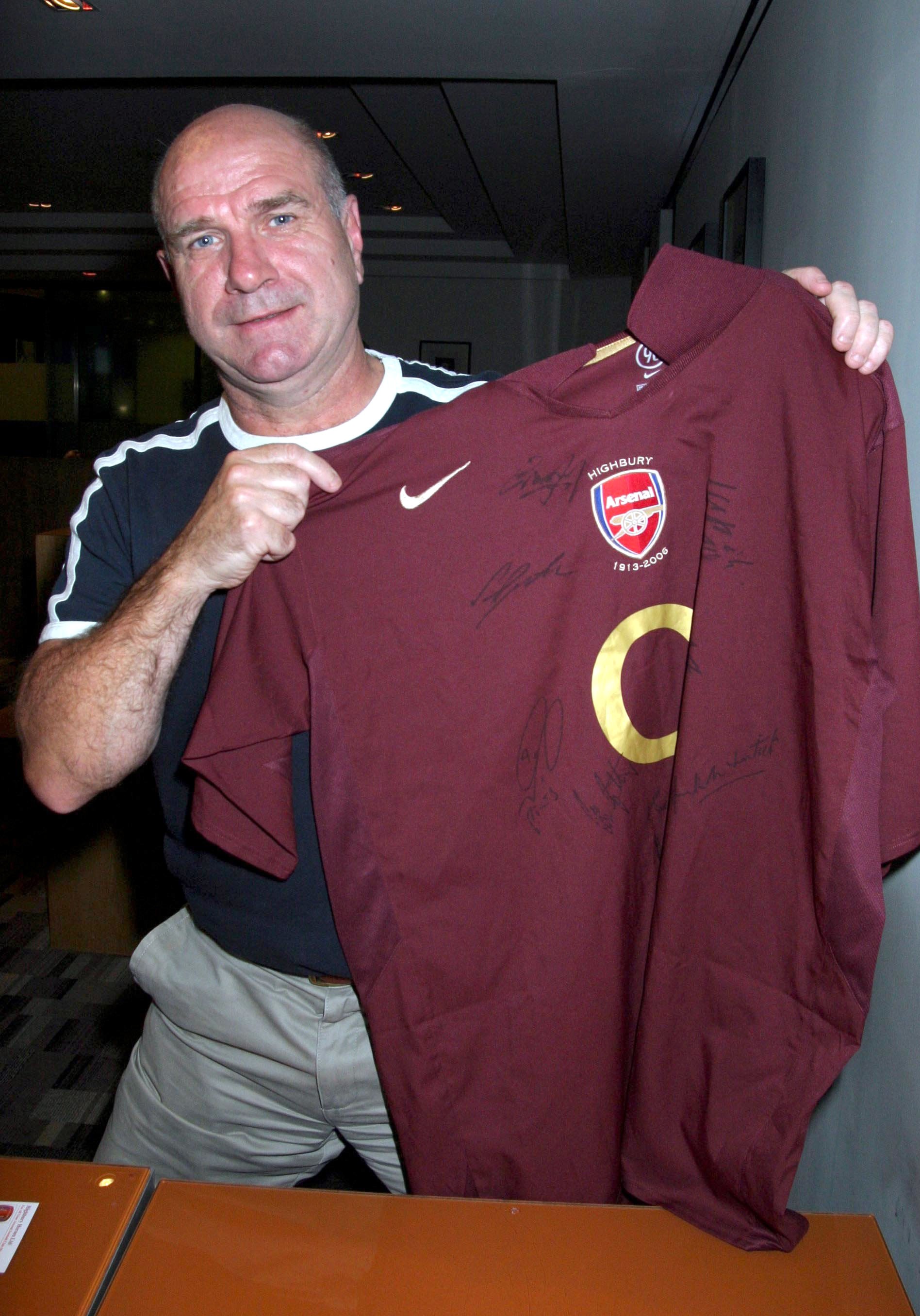