ARSENAL are willing to let outcast Pierre-Emerick Aubameyang leave the club in January after his latest disciplinary breach, according to reports.

The striker was banished from training with the Arsenal first-team after arriving back from France late. 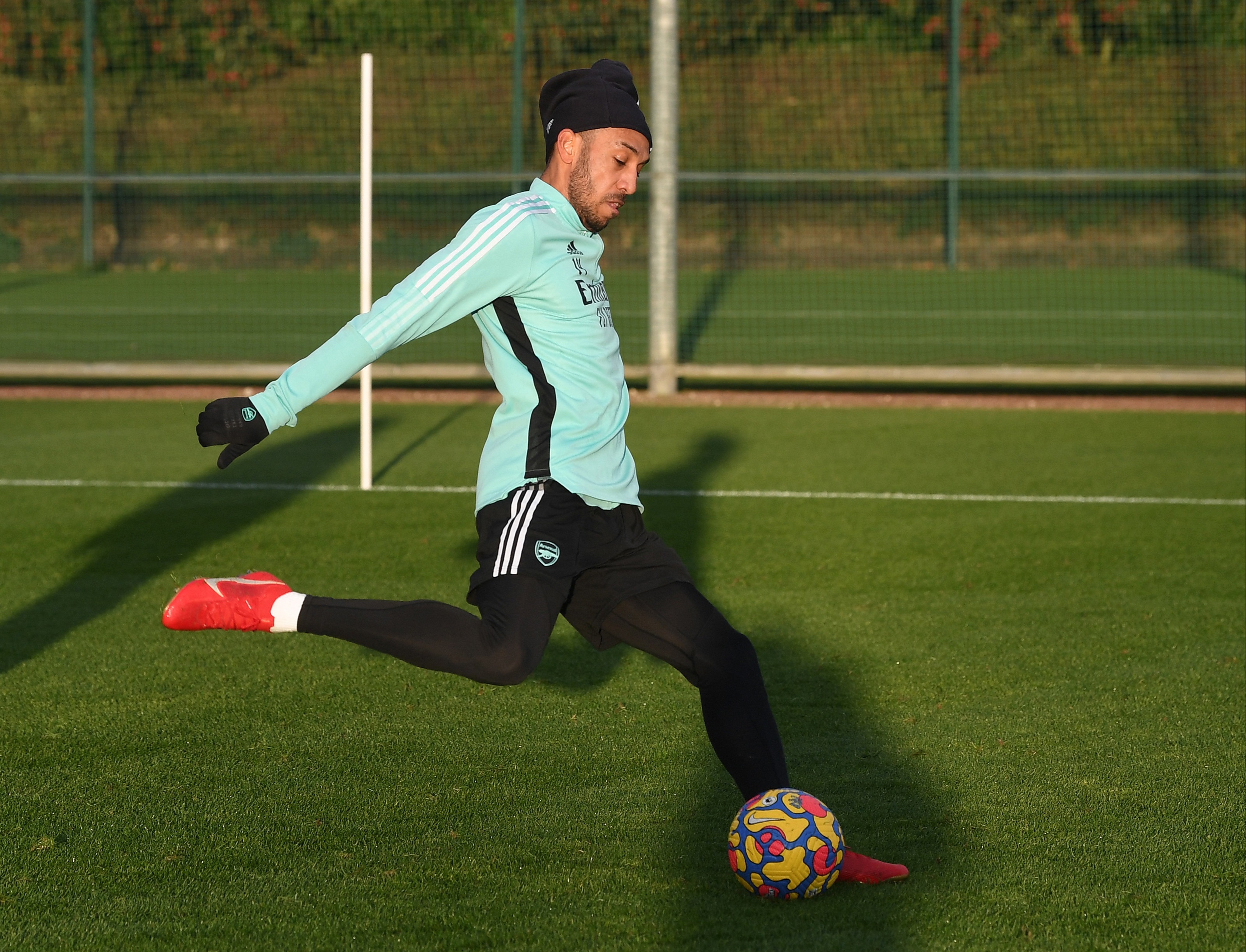 Aubameyang, 32, was stripped of the captaincy and hasn't featured in Arsenal's matchday squads for the past two games.

Alexandre Lacazette wore the armband instead, and led the Gunners to back-to-back victories over Southampton and West Ham.

And according to the Daily Mail, Arsenal are willing to listen to offers for the out-of-favour forward in the January transfer window.

One of the clubs believed to be interested in Aubameyang is Barcelona.

The Catalan giants are searching for a new forward after summer signing Sergio Aguero was forced to retire on Wednesday due to heart problems.

One stumbling block for Barca may be Aubameyang's desire to play for fierce rivals Real Madrid one day.

The forward promised his late grandfather he would play for Real at some point in his career.

In 2016, Aubameyang told L'Equipe, as per AS: "Before he died two years ago I promised him that one day I would play for Real Madrid.

"My grandfather was from Avila, not far from Madrid.

"It’s what I said to him. I know it’s not easy but it’s something I keep in mind.

"I celebrate my goals with a cartwheel in honour of Hugo Sanchez.

"I've seen many videos of him on the internet and I’ve been following him since I was a boy."

The player is, however, travelling to Cameroon in the next few weeks to participate in the Africa Cup of Nations with Gabon – which could make a deal hard to do in the New Year.

Get all the latest Arsenal news, updates and transfer gossip with our live blogs

Coronavirus: Premier League and EFL suspended until 3 April at earliest