ARSENAL shook off a first-half malaise to grab a much needed victory against bogey team Brighton on the South Coast.

Mikel Arteta was desperate for his side to notch a second win on the bounce, to help lift the pressure on his shoulders. 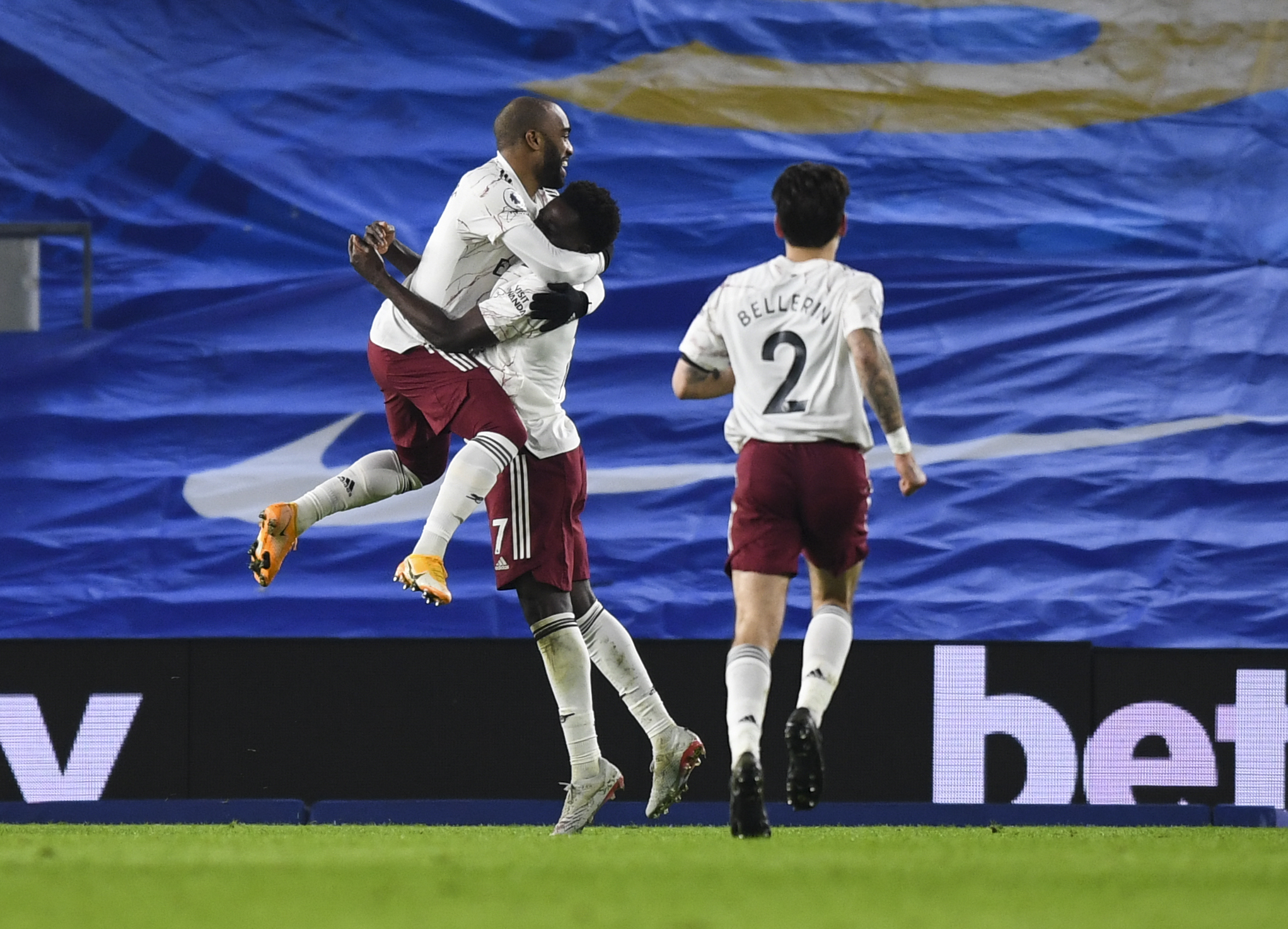 Things looked shaky at half-time, when the Gunners had failed to lodge a single attempt on target.

But things improved in the second 45, with Arsenal's creative players coming to the fore.

Had Arsenal fans' hearts in their mouths with risky keepy-ups and clearance in the first-half. Great low save in the 37th minute to deny Alireza Jahanbakhsh.

Denied Davy Propper at his near post with solid hands.

A relatively quiet evening for the Spaniard. 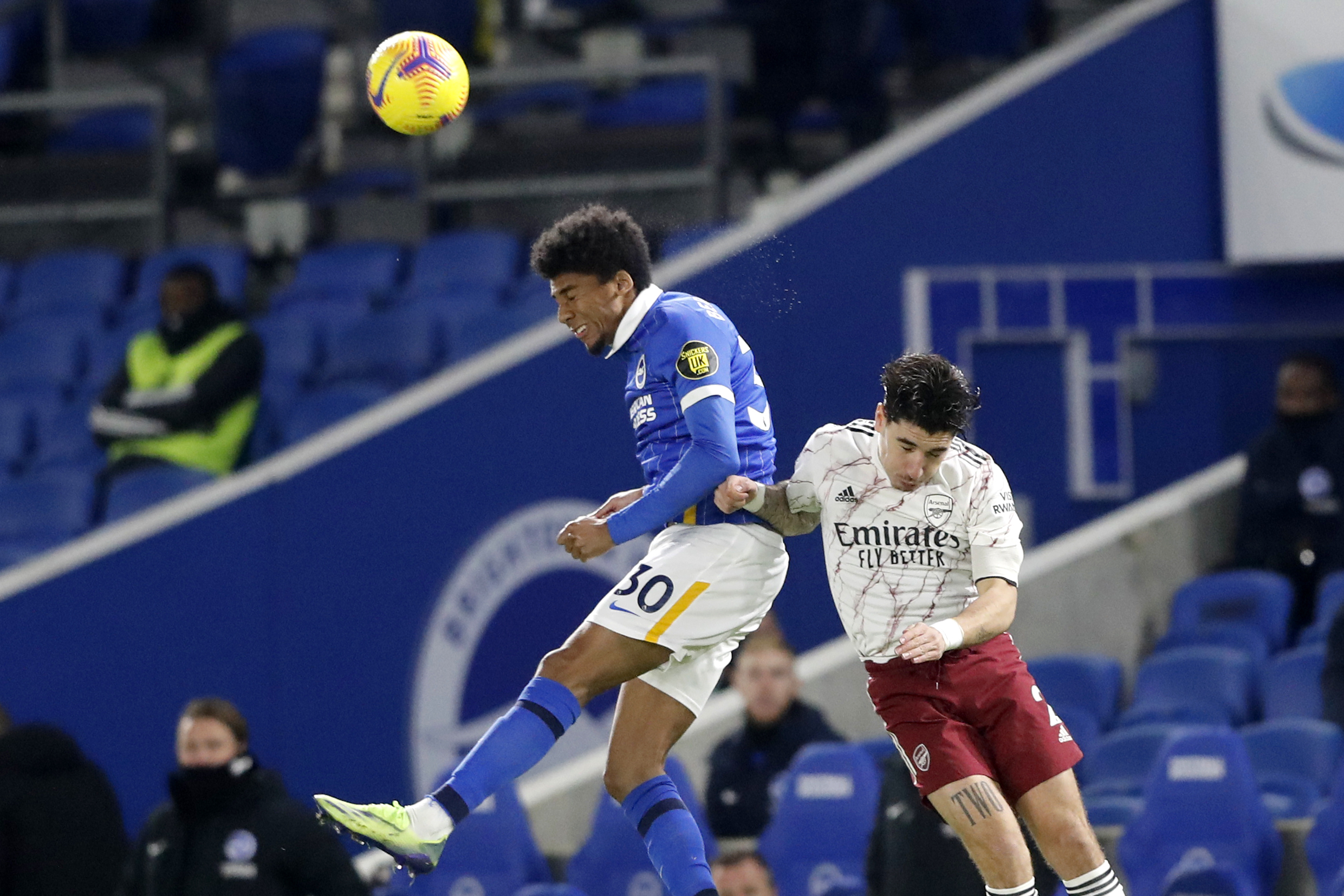 Vital challenge on Lewis Dunk early on in the second-half. Nearly put his side in trouble with a loose pass to Elneny not long after the opening goal.

Won absolutely everything in the air. Lacks pace but has looked solid when fit in an Arsenal shirt.

Could be seen instructing and cajoling Rob Holding during a break in play.

Nice driving run and cross early on. The former Celtic man's energy gave Arsenal impetus even when his team-mates were flat.

Dreadful pass in his own half gifted Alex Mac Allister a presentable first-half opening. Mainly sought to keep it simple and stay disciplined in themiddle.

Curled a tame free-kick over the bar. Was tasked with covering Tierney whenever the Scot bombed forward.

Keen to always find a forward pass if possible. 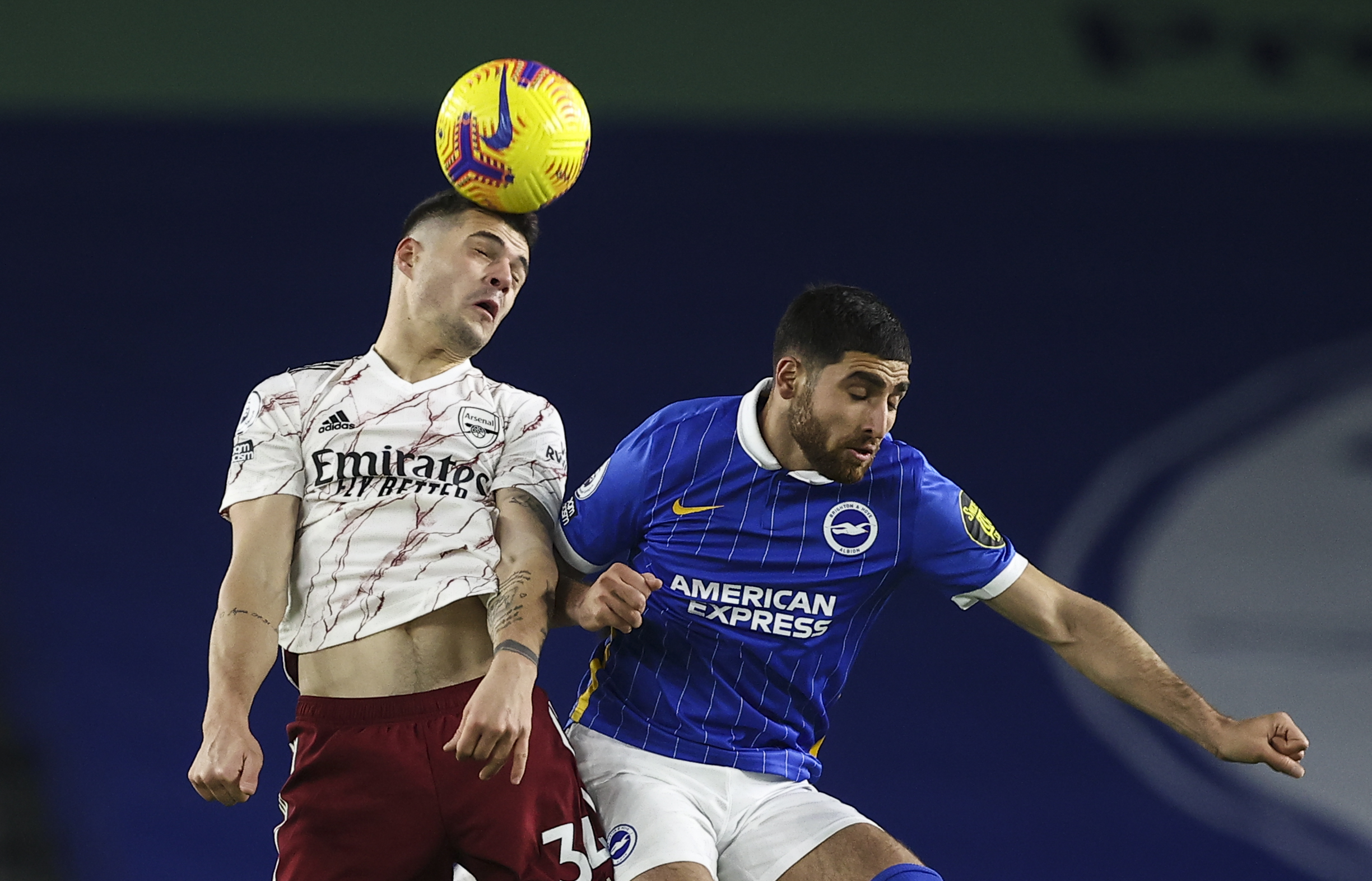 A couple of poor set-piece deliveries in the first-half. Laid the ball onto a plate for Pierre-Emerick Aubameyang early on in the second-half.

Might have looked up and found Aubameyang after being played in behind on the hour mark. Brilliant run and cut back to set up Alexandre Lacazette in the 66th minute.

Was left writhing in agony with 15 minutes remaining, and was later replaced by Dani Ceballos.

Important sliding challenge in his own box just after the half hour mark.

Tried to buzz around making things happen, but misplaced a simple pass to Aubameyang out of play.

Lashed a presentable chance over the bar in the 52nd minute. Didn't really get as involved as he'd have liked. Substituted in the 66th minute.

Was left feeding on scraps during a first-half on the periphery. Will feel he should have scored from five yards out when picked out by Saka in the 50th minute. Lashed a volley into the side netting shortly after.

Later worked the ball onto his right foot before his attempted curling shot flew wide.

Alexandre Lacazette (for Martinelli, 66) – 8 Scored 21 seconds after coming on, having found himself all alone 12 yards out.

Dani Ceballos (for Saka, 81) – 6 Took a Pascal Gross shot where it hurts for his team late on.

Ainsley Maitland-Niles (for Smith-Rowe, 89) N/A Not enough time to make an impact