REAL MADRID midfielder Isco is reportedly close to ending his Bernabeu hell with a move to Arsenal.

The Gunners are long-term admirers of the 29-year-old and are keen to reignite their interest, with mega-rich Newcastle also monitoring his situation. 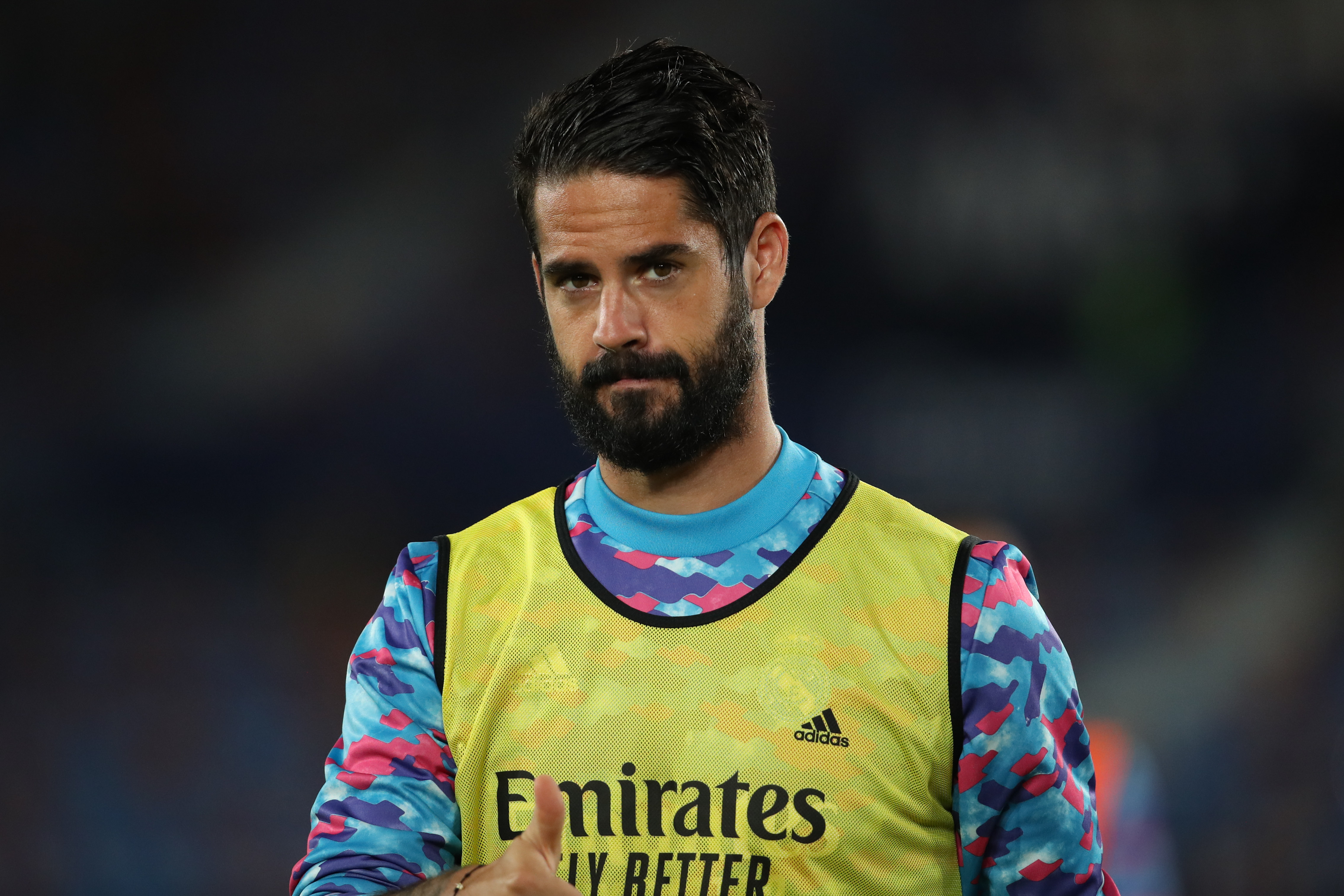 According to Spanish outlet Fichajes, Arsenal have 'maintained contact' with Madrid bosses after having an offer rejected in the summer.

The midfielder is out of contract at the end of the season but the Gunners are willing to sign him in January.

Mikel Arteta and Co are prepared to take on his wages until the end of his Bernabeu contract but don't want to pay a transfer fee should he arrive in the New Year.

Elsewhere Newcastle are also interested in a move for the Spaniard to help kickstart the St James' Park revolution.

The Magpies are 'following him very closely' as his contract runs down in the Spanish capital.

Isco himself is desperate for a move after starting just two La Liga games this campaign, both in August.

In total he's played just 39 minutes of football in the last six weeks.

Carlo Ancelotti is also happy to let him go with the club looking to shift their deadwood in order to fund deals for Antonio Rudiger and Kylian Mbappe.

Isco was close to joining Arsenal back in the summer but a move never materialised.

His Real Madrid team-mate Martin Odegaard was recruited instead.

The 38-cap man was also on the verge of a switch to AC Milan but the Rossoneri pulled the plug on the deal 'at the last minute'.

Boss Stefano Pioli instead opted to put his trust in 22-year-old youngster Brahim Diaz and chose not to sign Isco as to not hinder his development.

It meant Isco continued to stew on the bench at the Bernabeu, where he has been since signing from Malaga in 2013.

But 342 appearances and a trophy-laden eight years later it seems as though he will finally move on.

It just remains to be seen whether he leaves on a free transfer in the summer or is snapped up on a cut-price deal in January.