That is according to a report from Mundo Deportivo, which claims that the Brazilian shot-stopper is set to play his last match for Barca when they visit Eibar on Saturday for the season's climax. 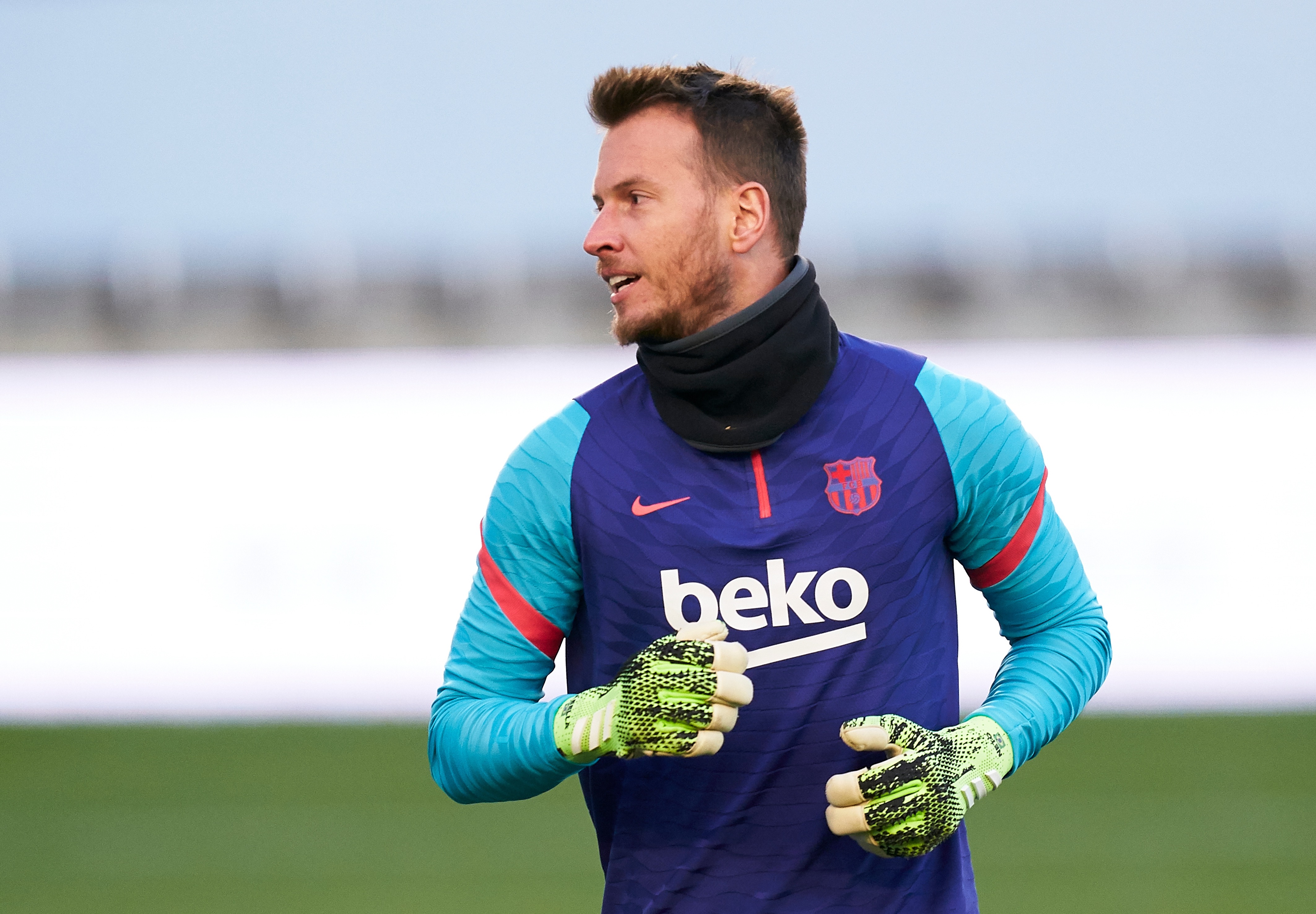 The 31-year-old, who was targeted by the Gunners last January, will fill in for Marc-Andre ter Stegen between the sticks as the German star is set to undergo knee surgery.

Arsenal are reportedly looking to sell their No1 goalkeeper Bernd Leno in the summer following a series of high-profile mistakes in recent months against the likes of Everton, Wolves, Olympiacos, West Ham and Liverpool.

The same goes for back-up keeper Alex Runarsson, who has failed to impress as Leno's No2 since his £1million move from Rennes in September.

The Iceland international has struggled to step up in the Europa League and had an absolute nightmare when the north Londoners lost 4-1 to Manchester City in the Carabao Cup quarter-finals.

Based on these reports, manager Mikel Arteta will soon be in dire need of a new goalkeeper after recently selling Emiliano Martinez and Matt Macey to Aston Villa and Hibernian respectively.

Neto, who has only amassed a mere 16 appearances since joining Barcelona from Valencia in a swap deal that included Jasper Cillessen in 2019, is not the only Arsenal target.

The Gunners are also keeping tabs on Athletic Bilbao goalkeeper Unai Simon, who has registered 43 appearances across all competitions this season.

Arsenal are looking to raise at least £60m from player sales in order to fund their summer transfer bids as they are likely to miss out on European qualification for the first time in 25 years.

Five things we learned from the XFL’s opening game: Trading gimmicks for innovation was wise

Ask the Captain: A pilot answers your questions about flying amid coronavirus outbreak