LIVERPOOL goalkeeper Alisson was spared a rather embarrassing finale at Anfield against Aston Villa.

The Reds led 1-0 thanks to Mohamed Salah's penalty but almost wasted the three points just four minutes before full-time. 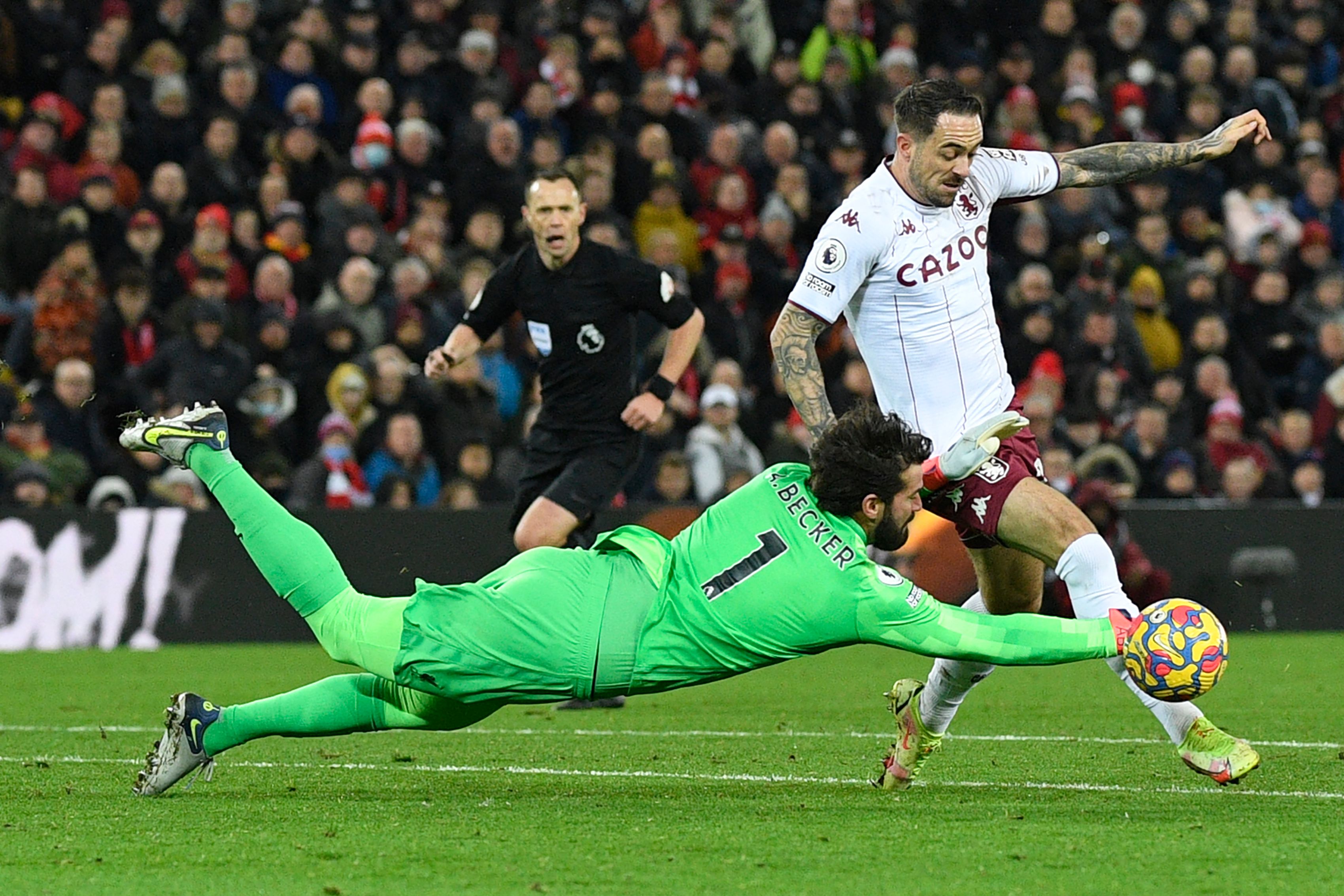 The Brazil international came charging off his line to clear a long ball, but he kicked it straight at Joel Matip.

Villa star Danny Ings pounced on the opportunity and Alisson clawed at his legs from the ground inside the area.

Ings screamed for a penalty but the referee was unmoved and VAR agreed with the official.

The hosts held on to their lead and sealed a major win against the Villans, who were coached by Liverpool legend Steven Gerrard.

Gerrard participated in his first match at Anfield since his departure in 2015 for LA Galaxy.

The legendary Liverpool captain received an ovation from the fans when he made his way to the Villa dugout.

Liverpool are now second in the Premier League table with only one point separating them from leaders Manchester City.

Virgil van Dijk said after the final whistle: "It was always going to be a tough game.

"We knew we'd have to be patient and fight for every ball. That's the least you have to do against this team.

"They created some moments of danger but not many big chances I feel right now. I think we deserved the win."

Man Utd told Bournemouth they have ’15mins to accept £25m Josh King offer or we’ll get someone from China’, it’s claimed – The Sun