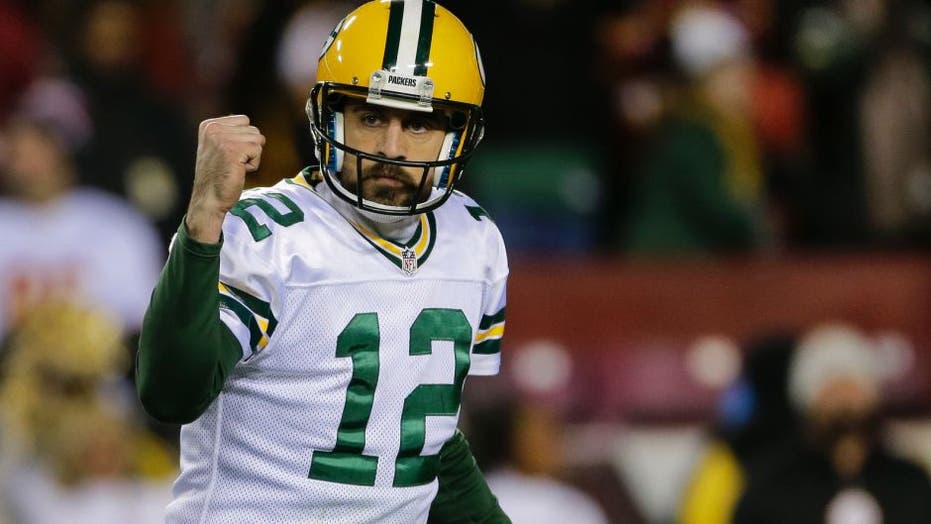 Rivals of Green Bay Packers star Aaron Rodgers threw shade at the quarterback after he failed to guzzle down his beer during an NBA playoff game between the Milwaukee Bucks and Toronto Raptors.

On Wednesday, Rodgers was given a chance to defend his beer-chugging prowess. He first credited offensive lineman David Bakhtiari for showing off his ability to put down a beer and maintained that if he was handling scotch the story would be a lot different.

Rodgers then threw shade at his fellow quarterbacks in his division.

“As far as those other guys, for some of them, there’s finally a talent where they can say they're better than me at,” Rodgers said with a smile on his face.

Rodgers has been one of the best quarterbacks in the NFL for quite some time, though had an off 2018 season and only played seven games in 2017 due to an injury. He won the NFL MVP award twice and is a two-time All-Pro selection.

To be fair, Rodgers will have to try and retake the division from the Bears. Chicago won the NFC North last season with a 12-4 record.

Green Bay and Chicago kickoff the 2019 season on Thursday, Sept. 5.

US women's Olympic hoops team adjusting to styles of play