A mother-of-two has shed light on the ‘miserable’ reality of working as a carer on a zero-hour contract.

The 27-year-old woman, who spoke to FEMAIL on condition of anonymity, said she works for an agency providing home care that offers an advertised rate of £13 an hour.

However in reality home visits can be as short as 15 minutes, meaning she might only make £13 a day. Some weeks she earns as little as £43.

The carer, originally from Romania but living in Manchester, described the difficult working conditions as ‘hell’ but said she feels like she has ‘no other choice’ because she doesn’t have any formal qualifications. 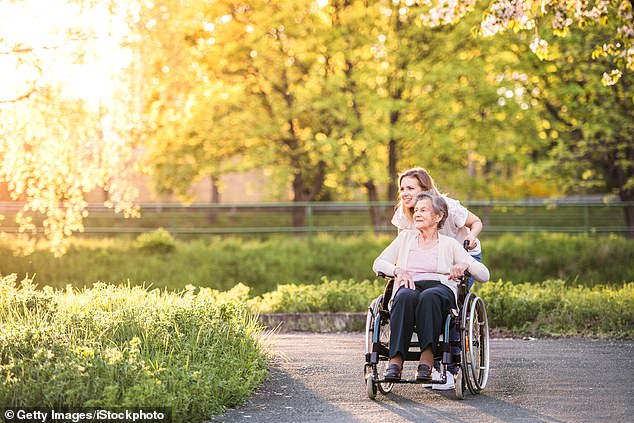 A mother-of-two has shed light on the ‘miserable’ reality of working as a carer on a zero-hour contract. Stock image

‘At first when I joined the agency they seemed really nice and friendly, and said I could work around my children’s schedule,’ she explained.

‘As an immigrant with little language at the time I was thankful to have found work, and liked the idea of helping people.

‘At first, I got a lot of hours and was working day and night. My pay was good and I was able to afford basic living, as I don’t have a car I was walking or taking rides with other carers, a service they provided.

‘But when I refused one shift, due to my daughter being ill suddenly, the work dried up and I was given three or four care calls in one week, and earned £30.

‘Another colleague revealed to me she was also “punished” in the same way by the boss after she said no to working New Years’ Eve so I soon learned not to say no to shifts.

‘Even on my days off, I would wake up and find I was still on the rota to work, so I would make a call to the main desk where they told me I “had to”, which led me to dropping off my children at a neighbours house quickly with a bit of toast each. 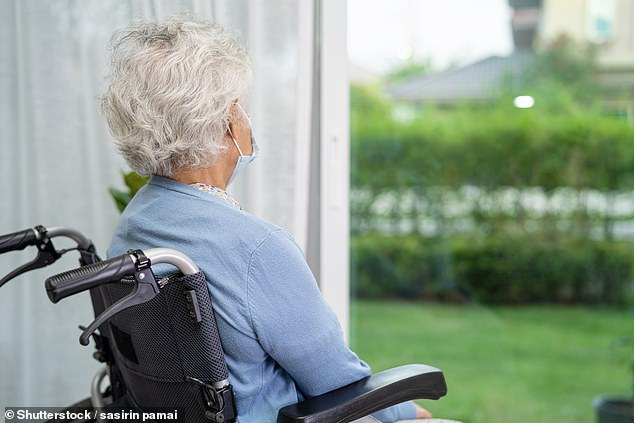 The woman also described the sometimes difficult conditions in which she found her clients. She told how she has entered homes to find them ‘crying out for help’ in bed or having ‘soiled themselves’. Stock image

‘I felt guilty, and I love my clients I didn’t want to leave them without help so felt I must go.’

Payslips seen by FEMAIL show the carer earned £43 on week and £61.25 for another week’s work.

The woman also described the sometimes difficult conditions in which she found her clients. She told how she has entered homes to find them ‘crying out for help’ in bed or having ‘soiled themselves’.

When working at larger care homes, she claims to have witnessed managers and other care workers telling people with dementia to ‘F*** off.’

She continued: ‘Most days I want to quit and I am miserable, but I’m scared I won’t find other work.

‘I’ve seen some horrible things in the last three years, including people walking out mid-shift.

‘I also saw another carer ripping a sheet violently from under a client. I asked him, “What if that was your mother?” and he said, “I don’t care, you can’t think like this just get on with it”. I was disgusted with it.’

The carer claims her boss has ‘little regard’ for client safety.

She revealed how one night, when she wasn’t working, she was having drinks with friends when she received a call from her boss around 8pm asking her to work.

She said: ‘I told him I had been drinking, that I was unfit to work, and he just said to have a coffee and go. If you can’t drive a car with that amount of alcohol in your system then how is it ok to look after someone that needs care?’

The carer said that she has ‘had to do two person jobs’ single-handedly, which has led to lower quality care for clients.

She added: ‘The boss has his favourites and it feels like they are his spies, if they spot you around they will report back to him, they get most of the work.

‘Mostly I feel sorry for the families who have placed their trust in these people, and my own children who have missed out on me being there because I’m too exhausted.

‘They advertised the pay as £13 an hour, but most care calls are 15 minutes so you can imagine what the pay is really like, four calls in a day which may take me miles and miles to walk will equate to 1 hour, so that’s £13 for the whole day.’

Queen launches her own brand of washing up liquid on sale for £14.99

New minister must be allowed to shine