Australians are increasing the size of early withdrawals from superannuation accounts by almost $500 each, with young people rushing to access their nest eggs since the new financial year.

Amid concerns that people who lose their job towards the end of the year will have to wait for JobSeeker support because they are sitting on their super cash, figures show people with the smallest balances withdrew more than $4 billion in the first three weeks of 2020-21. 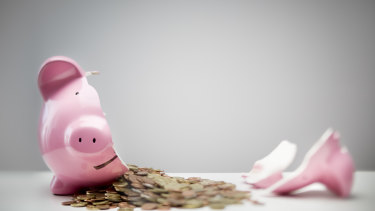 Young people are rushing to access their superannuation for a second time.

The Morrison government is defending the scheme, announced as part of its response to the coronavirus pandemic, which enables people to withdraw up to $20,000 from their super if they are in financial hardship. People could withdraw $10,000 before July 1 and another $10,000 in the first half of the new financial year.

The Australian Tax Office this week revealed that despite more than 3 million applications, it has not checked any to see if they meet financial hardship guidelines such as the loss of a job. The government originally expected 1.5 million people to withdraw $27 billion but now believes up to 4 million will take out $42 billion.

Data released by the Tax Office on Friday shows between April and July 1, the average withdrawal was $8210. The lowest average was among people under the age of 20 at just $2813, while the highest was for those aged in their early 50s at $9399.

Since July 1, the overall average has climbed to $8708, with 183,000 people who did not access the scheme earlier now tapping into their super. Those aged between 26 and 30 were the most likely to make their first withdrawal.

Between July 1 and July 26, the ATO received more than 1.3 million applications worth $11.5 billion.

Treasurer Josh Frydenberg said with the country going through a once-in-a-century pandemic, the early access super scheme was giving $42 billion of support to households.

The government has argued much of the money is being used by people to get ahead on their mortgages, parking the cash in offset accounts. But that could hit people who lose their jobs later in the year and seek to qualify for the JobSeeker payment.

Under current asset test rules, a single person with more than $5500 in funds, including savings such as those in a mortgage offset account, face a wait of up to 13 weeks to access JobSeeker. For couples or singles with children, the test kicks in at $11,000.

The test has been suspended since March 25 but will re-start for JobSeeker applicants from September 25. This is the same week the government's JobKeeper wage subsidy program is reduced, with expectations some workers will lose their jobs as businesses shut down or reorganise their operations.

The waiting period can be waived if someone proves financial hardship, but repaying a loan, mortgage or credit card early is not considered grounds for hardship.

Labor's superannuation spokesman, Stephen Jones, said the government had not warned people they might get caught up in the JobSeeker asset test when the early super withdrawal scheme was put in place.

He said with the Tax Office able to fine people who accessed their super while ineligible, there were substantial concerns about the entire program.

"The fact that people are facing fines and tax increases and being disqualified from accessing JobSeeker for up to 13 weeks is a disgrace," he said. "It's total mess."

Get our Coronavirus Update newsletter for the day’s crucial developments at a glance, the numbers you need to know and what our readers are saying. Sign up to The Sydney Morning Herald’s newsletter here and The Age’s here.

The rise of the CEO as social justice warrior