Meghan Markle has long been friends with actress Priyankya Chopra, though there were rumors that the two had a falling out once Meghan married Prince Harry. However, that doesn’t appear to be the case, since Priyanka and her new husband, Nick Jonas, recently paid a visit to Meghan and Harry’s new baby — and they came loaded with gifts. 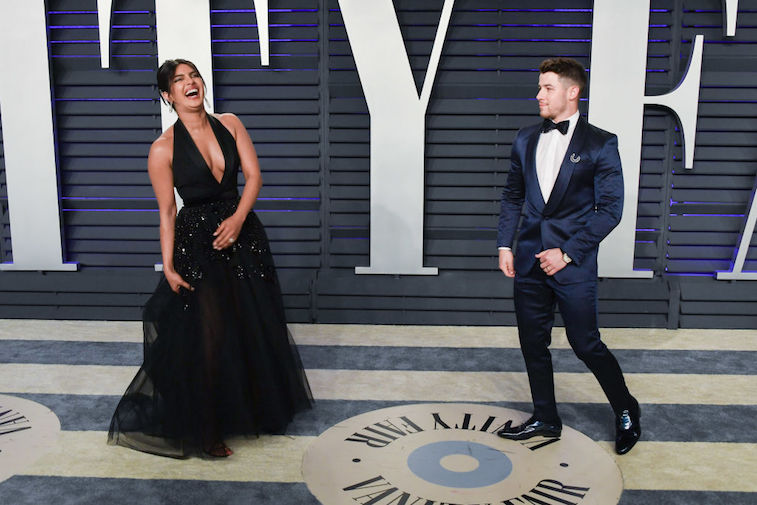 Priyanka and Meghan became good friends a few years ago

The actresses have only been friends for a few years, and it was fame that brought them together. The two women attended the Elle Women in Television event back in January 2016, which is where they met for the first time. In 2017, Chopra told People that she and Meghan bonded as women in the acting business. “We just became friends, like two girls would,” she said. The two quickly struck up a strong friendship, and they’ve stayed close ever since, even though their lives have led them in two very different directions.

There were rumors Meghan and Priyanka recently had a falling out

After Meghan married Harry, she became very engrossed in the royal family, which meant she had much less time to spend with friends. It led the media to suggest that she and Priyanka had been through some kind of tiff, since they weren’t spending much time together or talking as much. However, the women were actually just dealing with a lot on their own plates. Meghan had just had a remarkable royal wedding to Harry, and she was spending time learning the ropes of the royals. Priyanka had become engaged to Nick Jonas, and the two had an immaculate wedding in December. (Meghan did not attend, which is part of what initially sparked the rumors). But Priyanka and Nick took some time to meet Meghan and Harry’s new baby, Archie Harrison, which shows she and Meghan are clearly still very close.

Today The Duke and Duchess of Sussex are delighted to share their first public moment as a family. They are so incredibly grateful for the warm wishes and support they’ve received from everyone around the world, since welcoming their son two days ago. Photo cred: Chris Allerton ©️SussexRoyal

When Priyanka and Nick stopped by to meet the baby, a source close to the family said they brought plenty of gifts. According to an insider, Priyanka and Nick loaded up on baby gifts from Tiffany & Co. to bring to the newest royal. The jewelry store reported that Priyanka spent a lot of money on baby gifts, including a bubble blower worth $250. It’s unclear what else they purchased, but if the bubble blower on its own was $250, it’s safe to say they spent a pretty penny on the world’s most famous baby.

Will Priyanka and Nick have kids soon?

Now that the couple has met Meghan and Harry’s son, fans can’thelp but wonder if it’s given them baby fever. While they might be talkingabout having kids, Nick is gearing up for a massive tour after reuniting withhis brothers’ band, The Jonas Brothers, earlier this year. If they do choose tohave kids, they’ll likely wait until the tour is over and until they can settledown a bit and focus on a family. For now, they’re just enjoying being closewith Meghan’s new son.