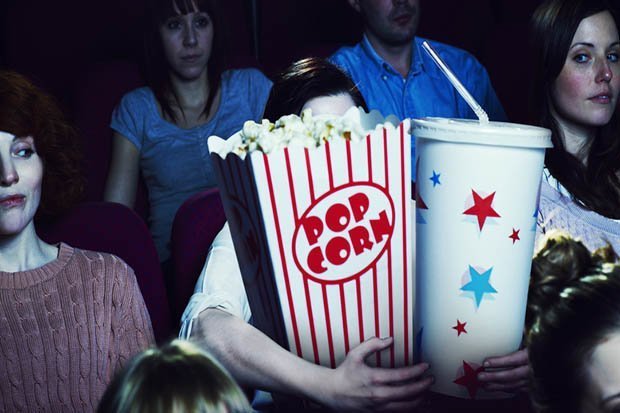 How many of us have smuggled our own snacks into the cinema like a military operation?

Long coats, lots of rustling and knowing looks used to be all part and parcel of going to the pictures with most people’s parents back in the day.

Well, it turns out the whole charade is unnecessary.

There’s no rule against having your own food in the cinema – there never was!

This life changing revelation came about when a brave tweeter put his head over the parapet to ask some of the big cinema chains what the deal is with eating your own food in the cinema.

Tagging three major cinema chains, Odeon, Vue and Cineworld, @halilmemz asked: “Am I allowed to bring my own food and drinks into the screen?”

To the surprise of everyone who has snuck food in to a screening to avoid paying the extortionate prices for popcorn and other goodies most major chains charge.

All three were happy to clarify that you’re actually welcome to bring your own food and drink into any showing, so long as it wasn’t particularly pungent, hot or alcoholic.

Other Twitter users who had witnessed the exchange expressed their amazement.

One quipped, “So all this time ive been doing spec ops when i can just casually walk in with my snacks????

Another joked: “I have saved the thread to show it to any cinema worker who questions me.”

So there you have it – unless it’s a hot from the oven Indian take away with a six pack of Carlsberg – when it comes to your own food in the cinema, go nuts.

Best Black Friday Deal: 23 and Me Ancestry Service Kits Are On Sale

Who is Dani Dyer’s boyfriend Sammy Kimmence? – The Sun