An Indigenous Voice to government may not be legislated in time for the next federal election, despite the minister in charge of the proposal promising to do so before voters hit the polls.

Minister for Indigenous Australians Ken Wyatt has told the Herald and The Age that while he still wants to pass legislation before the election – due by May – he can’t guarantee that will happen. 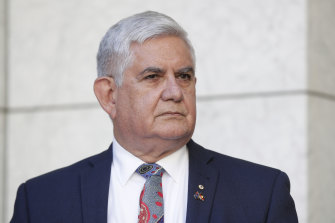 Minister for Indigenous Australians Ken Wyatt says he will make a call on when the Voice will be legislated after he’s considered the report.Credit:Alex Ellinghausen

Mr Wyatt said he would first need to consider the final report from consultations into a co-design process, led by Indigenous leaders Marcia Langton and Tom Calma.

“They’ve had their final meeting, so the bringing together of all that information is critical to the government and I know they want to do it to reflect what has been said with Aboriginal people,” Mr Wyatt said.

“Let me see the reform first and then I’ll make that call.”

The Voice will be a structure for First Nations people to have a say on decisions that affect them, and the co-design consultations have been considering what form it could take as a body.

As recently as early July, Mr Wyatt insisted that the federal government planned to legislate the Voice before the next election.

“Oh, there will be time. We’ve been doing a lot of work on this and I’m buoyed by what our people on the ground are saying,” he told ABC Radio National at the time.

A legislated Voice has proven controversial among many community leaders. The  Herald and The Age have revealed the government’s consultation summary showed strong support for it to be enshrined in the constitution. But the Coalition is divided over the proposal and Mr Wyatt faces a battle to get it through his party room.

He is also running out of time to get the legislation through both houses of Parliament, with only eight parliamentary sitting weeks scheduled before the end of the year.

Labor has refused to support a legislative model, instead committing to establish a constitutionally enshrined Voice to Parliament if elected – as per the calls of the 2017 Uluru Statement from the Heart. 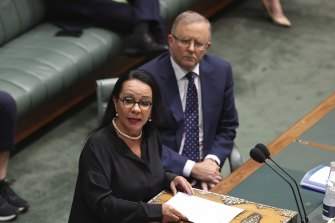 The historic new National Agreement on Closing the Gap was struck between the Commonwealth, states and territories, and peak Aboriginal organisations in July 2020.

Mr Wyatt said the Commonwealth’s response will focus on areas like education and employment.

“There will always be a theme on education, and the overarching one that is important in all of this is that we have to do this with Aboriginal people,” he said.

He believes the shared partnership will encourage state and territory governments to take more accountability for things like the spiralling incarceration rates of Indigenous people because they’ll have to report updates to their own parliaments.

“The Aboriginal community will start to ask some very strong questions, the media will certainly cover those stories of failure, as they’ve done with the Closing the Gap national reporting which has embarrassed Commonwealth governments and has embarrassed Australia internationally,” Mr Wyatt said.

Thirty per cent of all prisoners in Australia are Indigenous despite First Nations people making up three per cent of the population, and the Indigenous suicide rate is more than twice that of non-Indigenous people.

Couple can't recognise their home after it's professionally cleaned