On Christmas, many couples try to spend as much as they can with both sides of the family. Sometimes families live close to one another allowing for a drop-in at one place before heading off to a second place later in the day or evening. Another option when that’s not possible is to alternate which family to spend Christmas with each year. Alternating is something Prince William and Kate Middleton used to do but going forward the couple and their three children will be staying with the royal family for the holiday every year.

Read on to find out why the Cambridges won’t be going to Kate’s parents’ home anymore. 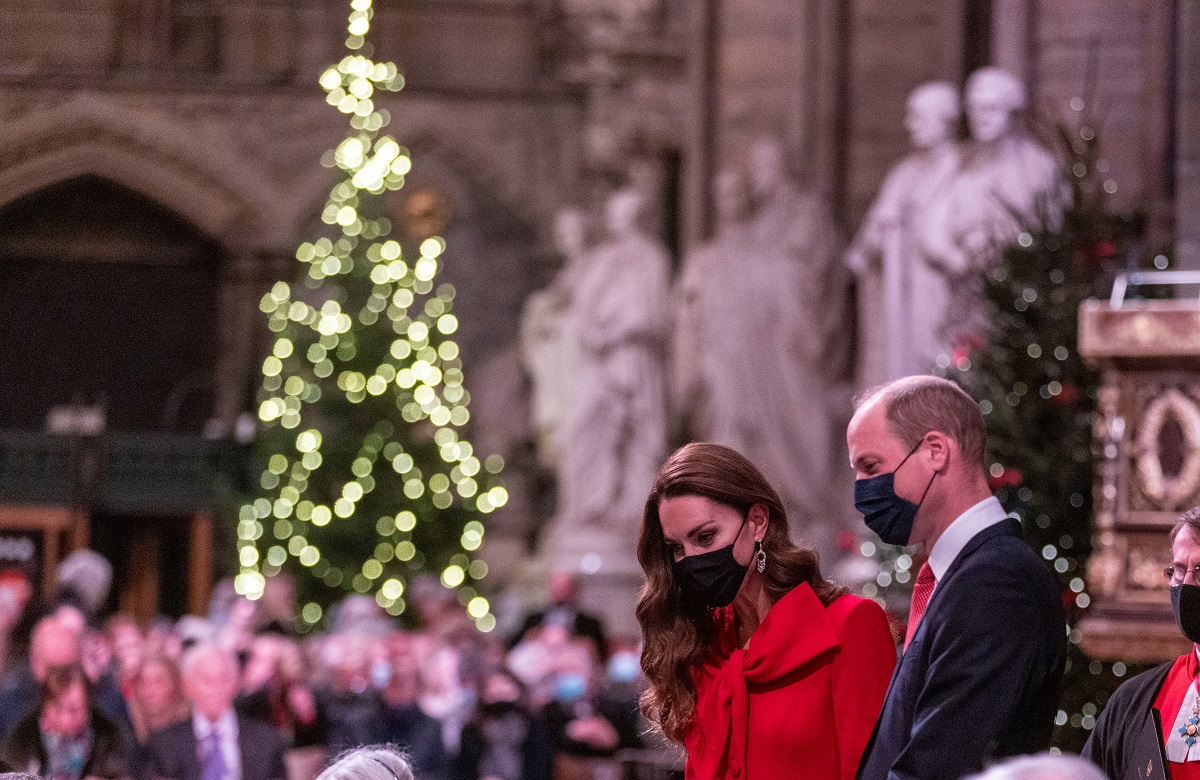 In the early days of their marriage and when they first had children, William and Kate used to go to the duchess’s family’s home in Bucklebury one year and the royal family’s Sandringham estate the next.

Royal author and correspondent Katie Nicholl explained that won’t be the case anymore.

“They did try to alternate Christmas, one year with the queen and the royal family and the next year with the Middletons, but Kate and William put duty before self and we can see that more now than ever,” Nicholl said (per Express). “So there is a sacrifice on Kate’s part because Christmas is a very big thing for the Middleton family.”

According to Nicholl, the Duke and Duchess of Cambridge will be at Sandringham on Christmas Eve and Christmas Day. They have put the queen first given not only her advanced age but the fact that this is her first Christmas without her husband Prince Philip.

Hello!‘s online royal correspondent Danielle Stacey explained: “There are numerous annual engagements for the royals during the festive period at a time when most people are socializing with family and friends,” The duchess is by the queen’s side at the Diplomatic Corps reception, the Buckingham Palace Christmas lunch, and of course, the church service at Sandringham.

“In addition, we’ve also seen the Cambridges really focusing on those in need of support at this time of year. From hosting Christmas parties for military families and youth workers in previous years to thanking key workers during their royal train tour last year, they’re using their position as senior royals to highlight charities, organizations, and people. While perhaps most couples take it in turns to spend Christmas with different sides of the family, the duchess knows that the festive period is a key time for the royals, and particularly with the queen’s health in recent months and the loss of the Duke of Edinburgh this year, she will be among those to rally around Her Majesty.”

Stacey added that in the years to come, Kate will continue to spend the holidays with her husband’s family as “she is aware that as the mother of a future king — Prince George — she will need to prepare her children for their duties, particularly around the festive period.”

At one time, in order to spend Christmas at Queen Elizabeth’s Norfolk estate you either had to be a blood relative or the spouse of a royal family member. But times have changed.

In recent years Meghan Markle spent the holiday there before marrying Prince Harry as did Edoardo Mapelli Mozzi before he and Princess Beatrice tied the knot. And Stacey revealed that the Middletons have and will continue to receive invites to stay at Sandringham too if they choose.

She said: “Kate’s parents, Carole and Michael, have notably been invited to Sandringham throughout the years. Increasingly we’ve seen a much more modern monarchy, with invitations for extended family members, in-laws, and unmarried partners.”