Home » Lifestyle » 'Why can't we still dance?': Meet the over 40s who will never stop clubbing 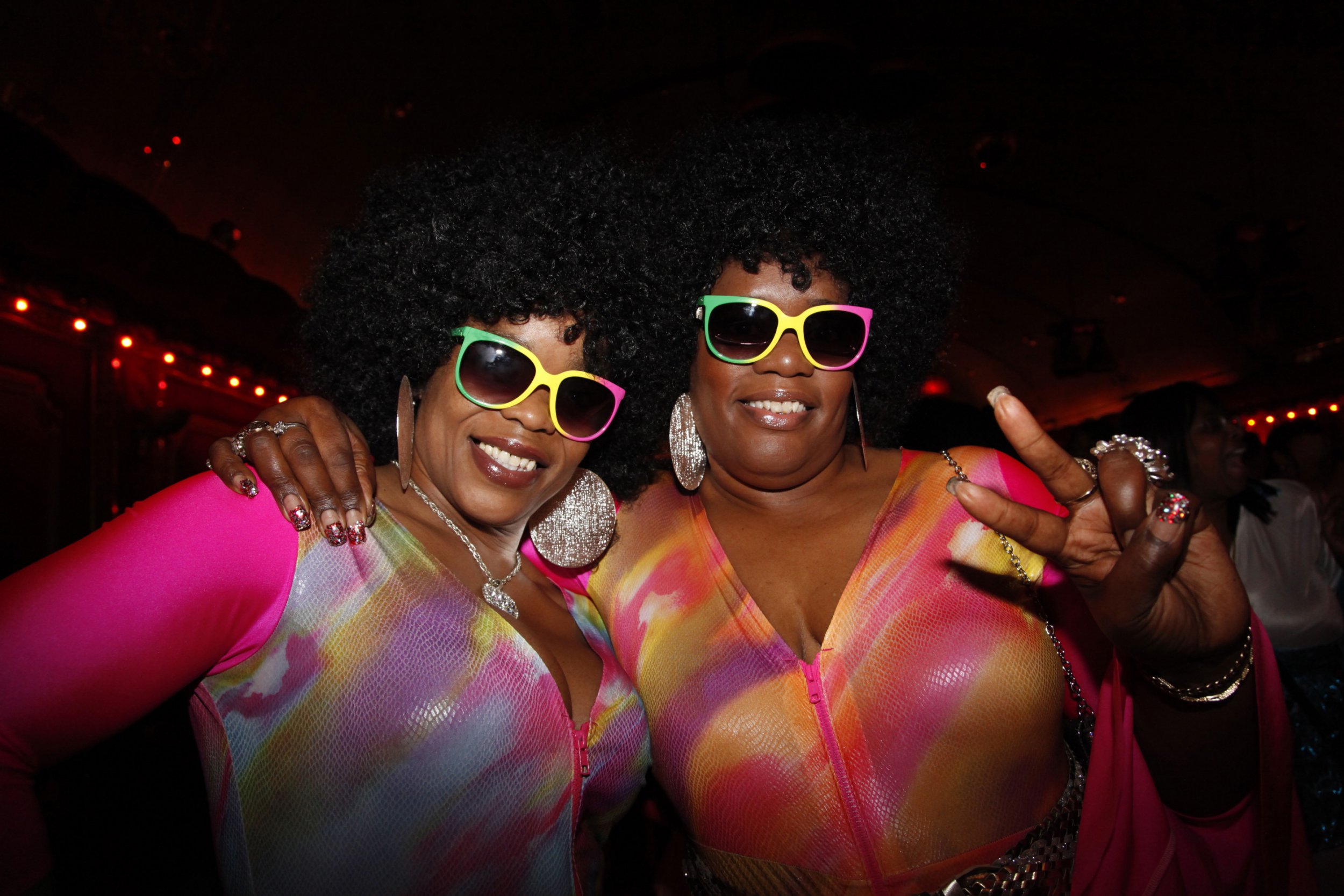 ‘It’s a natural high,’ is the phrase repeated by many different clubbers over the age of 40.

Whether you think it’s cool and liberating, or ‘inappropriate’ for people of this age to club, they say it doesn’t matter to them.

While the nation has been debating the presence of older people in late-night venues, the over 40s doing the clubbing have carried on, care-free and dancing.

When you look online for groups and venues tailored to clubbing at an older age, results in the UK are scant, which is telling of our national attitude.

A five-year-old Tripadvisor forum – closed due to inactivity – asks for advice on where an older person should go for clubs and bars, without much help.

But these communities do exist.

While the pandemic has shaken the clubbing scene across all age groups, one company tailored to ageless clubbing took their nights online, refusing to press pause on partying – fittingly, it’s called Haven’t Stopped Dancing Yet.

Nikki Spencer, 60, set up Haven’t Stopped Dancing Yet 11 years ago so she could create a space where people over 40 would feel safe, seen and welcome.

‘We only got to dance at weddings, or someone else’s birthday party, and I just felt there wasn’t enough dancing going on in my life.’

The south east Londoner wanted to get back to her clubbing days in some capacity, not knowing at the time how much she would later end up thriving off organising these opportunities for herself and others.

‘I was a single parent bringing up my daughters and they were going to their dad’s every other weekend and so with my friends I could go out dancing and we’d look in Time Out and wonder “Do you think they’ll let us in?”‘ she recalls.

‘So, we went home and danced around the table, which wasn’t quite what we planned.

‘Gradually, talking to friends I thought why can’t we still dance? And then I did have my lightbulb moment,’ which came she says after hearing a song she then named the company after.

Bill Smith, 50, has been regularly attending Nikki’s events and his answer to the popular British belief that clubbing stops at a certain age is: ‘people still need to have fun and they have the right to do so’.

Clubbing was erased from his life in 2008 when his first child was born, and he had switched from late nights out to early morning bike rides in the years leading up to this anyway.

But then the itch to dance came back.

‘Going out makes me feel good, whether it’s the excitement of the build up on the day, getting ready, meeting up with friends and having a few drinks, arriving at the venue and getting in the groove,’ Bill tells Metro.co.uk.

‘Then it’s dancing to some absolute bangers; it’s good to release. It’s then about recounting the night in the cab on the way home, laughing and joking, or dissecting what the DJ played or what you think they should have played.

‘It makes me feel young. It gets the endorphins flowing. I suppose it’s about leaving the mundane for a few hours, then hoping the children don’t wake us up too early on the Sunday morning.’

Clubbing nowadays is different to when he was – if anything, he enjoys it more now, saying: ‘It’s far less edgy and intimidating going out when you are older.

‘Most people are just trying to enjoy themselves, rather than prove themselves. It’s completely unpretentious.’

Nikki says part of clubbing at an older age is about putting yourself first, especially if you’ve spent time priorising taking care of children or elderly relatives.

‘We need to have this time to let off steam and dance,’ she says, which is something that 20 year olds might say of their own lives.

Ultimately, we all crave a ‘feelgood’ outlet and clubbing is an obvious way to go.

But that judgement from some young folk is there, Nikki is well aware.

‘Wherever you are in the world, people just go in to clubs and listen to music, dance, whatever – no one seems to make this age distinction and [in Britain] we are so limited by these ideas that have come from the 50s and 60s… it’s very sad,’ she says.

Intergenerational clubbing is encouraged – and often happens – at the night’s Nikki hosts.

‘You go anywhere in Europe and age is not discriminated against, as it is here. Family generations go out. Just here it is seen as uncouth,’ she says.

‘This mentality really needs to change, for older people like music just as much as the youngsters do.

‘I will keep dancing as much as I can until I cannot dance anymore.

‘Back in my youth I saw an elderly couple, around 60 years old, who were partying and keeping up with us youngsters to house music. I asked them why they came out and they said it was to keep them “fit and young”. Their sentiment has kept me going.’

Although, she’s now ‘more selective’ about where she chooses to go, focusing on places that are guaranteed to be a good time because dancing is ‘imperative’ to her wellbeing.

Andri Benson, a 47-year-old event planner and designer, flies out to Ibiza when she can for the party scene. For her, clubbing has been a constant in her life despite being a married mother.

‘I’ve always been clubbing as I love dancing. I love the freedom of dancing, completely letting go and immersing yourself in the music – it’s a natural high for me,’ says Andri – adding that she doesn’t drink.

Though she says it’s not just young people that want to banish old people from dancing around them – that feeling can go both ways sometimes.

Andri says: ‘As you get older the thought of being in a club could be a horrible thought – who wants to be surrounded by lots of sweaty youngsters?

‘But for me it’s all about the music, so why should my age stop me from enjoying the music.’

Though age shouldn’t stop any kind of pleasure in life, it often does. When new people attend one of Nikki’s events, she often gets emails afterwards saying ‘it was the best night they’d had in 20 years’.

Sometimes sobering too, a widow once emailed to say clubbing ‘got me my life back’, and another woman checked herself out of a hospital to go clubbing knowing ‘it was her last dance’, wanting a final evening of fun.

Bringing clubbing back into Nikki’s life and other peers over 40 in this empowered way has been ‘life changing’, she says, ‘everyone dancing together, you just can’t beat it.’

It’s even filtered down into the everyday bits of her life, such as the way she dresses (now with more colour and sparkle), saying that in every sense, clubbing has ‘allowed me to have some more glitter in my life.’

She adds: ‘If you could bottle the atmosphere, you’d have world peace and happiness.’

Now that sounds a lot more appealing than the vibe that comes with clubbing as a 20something.

Haven’t Stopped Dancing Yet are next meeting on 10 September in London. Book and find out more here.

8 women share the best advice they ever received about breakups