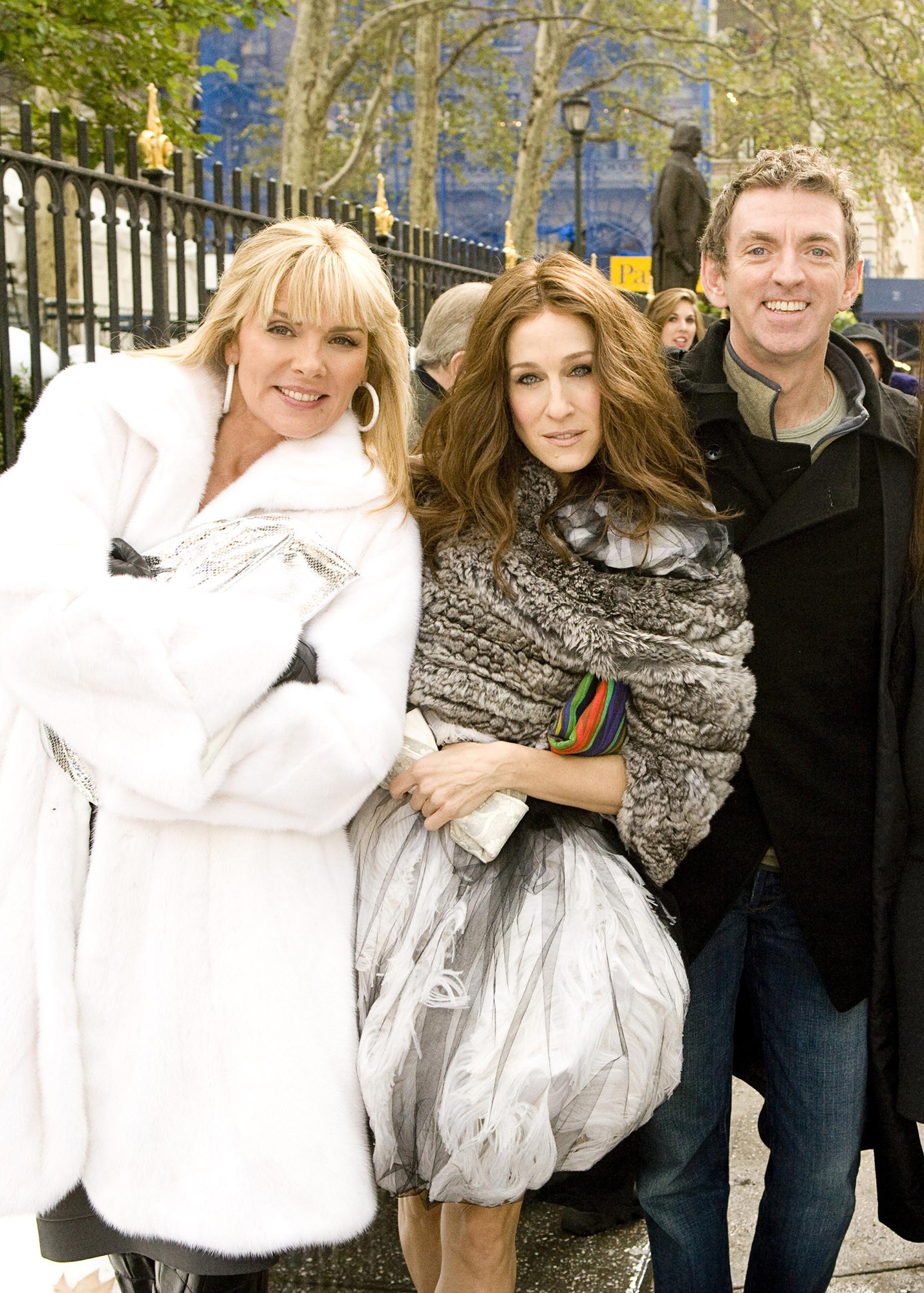 While Mr. Big (Chris Noth) didn’t make it past the first episode of the Sex and the City revival, creator Michael Patrick King revealed why the And Just Like That writers didn’t want to kill off Samantha Jones — despite Kim Cattrall’s disinterest in returning.

“And Just Like That was never, ever intended to be including Kim Cattrall because she decided she didn’t wanna play Samantha many, many years ago. We love Kim. I love Kim. I loved her Samantha, and I knew that everybody, including myself, had invested years in those four friendships,” the writer told Us Weekly and other reporters on Friday, December 10. “So, I didn’t want to pretend that there was an absence — or wasn’t an absence. I wanted to reflect the reality of the fact that there was one not joining. Story wise, I came up with the idea that Samantha’s in London because we didn’t want to kill her. We love Samantha. That’s ridiculous.”

In the Thursday, December 9, premiere of the HBO Max drama, Carrie (Sarah Jessica Parker) reveals she and Samantha had a falling out after the sex columnist fired her as her book publicist. Samantha subsequently moved to the U.K. and didn’t keep in touch with Carrie, Miranda (Cynthia Nixon) or Charlotte (Kristin Davis). 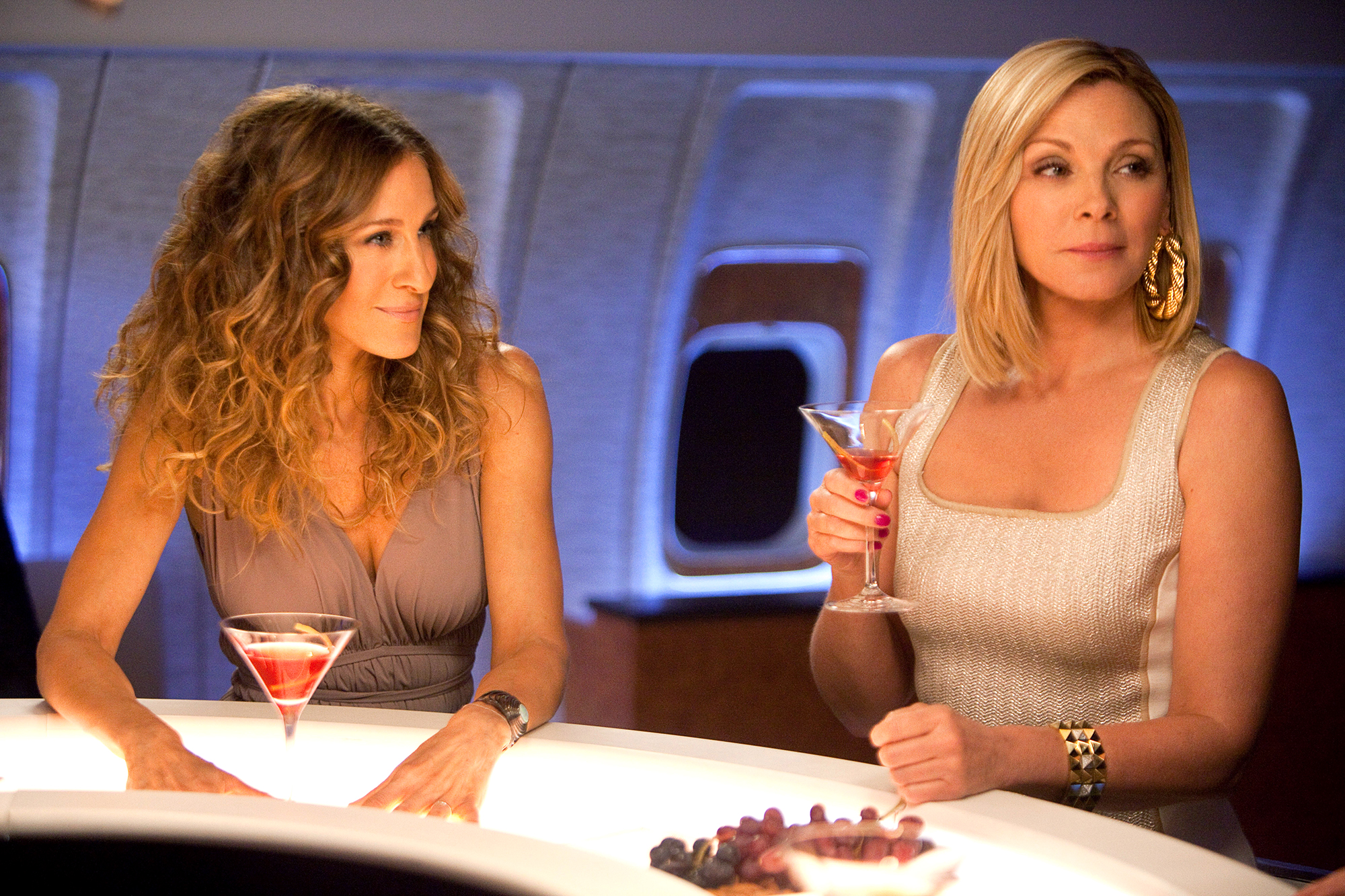 “And life goes on when friendships break up over incidental things that become bigger things,” King continued. “In the writing room, all the writers had a significant friend that they can’t believe they’re still friends with. That seemed like truth, so we reflected that.”

‘Sex and the City’ Drama Through the Years: A Timeline

The director noted that the And Just Like That team is “very clever” and know Samantha could reach out over text in the future. In the second episode of the new show, Carrie receives flowers from Samantha at Big’s funeral.

“What happens when a friend[ship] breaks up? You still remember the good stuff and you reach out every now and then, but there’s no intention of suddenly, ‘Boom, there she is again,’” he said. “It’s about that friendship between those four women that’s important and you see in the funeral scene how that resonates. I think that’s what’s so great about friendships — when they show up for each other, even through a fictional riff that we created based on money and publishing and confused wires about, like, personal vs. professional [life].”

Cattrall, who has accused Parker of being “cruel” in the past (allegations that the Hocus Pocus star denied), has yet to react to Samantha’s offscreen story line in the revival. The actress has, however, “liked” a series of tweets.

“And just like that… I find myself only wanting to watch anything @KimCattrall is in. This is a Kim appreciation tweet,” one post “liked” by Cattrall read.

Most Shocking TV Deaths of All Time

Another tweet approved by the Golden Globe winner read: “Kim Cattrall didn’t return to SATC because her scatting career is finally taking off ❤️.”

New episodes of And Just Like That premiere on HBO Max every Thursday.