“Always be yourself,” advises a favourite Millennial saying. “Unless you can be Batman. Then always be Batman.”

Perhaps anticipating the eventual Millennial hegemony, Queen Elizabeth II lived by this advice. On her 21st birthday – a milestone which is fast receding into memory for most Millennials – she promised that “my whole life, whether it be long or short, shall be devoted to your service”. 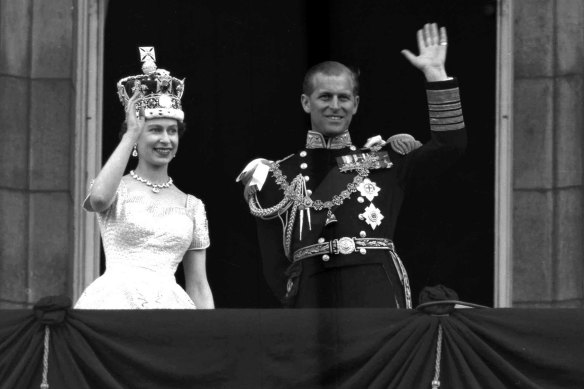 Queen Elizabeth II and Prince Philip, Duke of Edinburgh, on the balcony at Buckingham Palace following her coronation at Westminster Abbey in 1953.Credit:AP

She carried through on her promise. The tributes to the Queen have centred on her service, her stability, and her unfailing sense of duty. Elizabeth Windsor is celebrated and mourned primarily because, instead of being herself, she chose, as it were, to be Batman.

Queen Elizabeth II defined an era, but the way we mourn her says a lot about the current zeitgeist. Prime Minister Anthony Albanese has shown that he understands the mood and is aligning with it.

Despite being a republican at heart, Albanese spoke well and movingly on behalf of Australia in the wake of the Queen’s death. The PM’s choice of words during the national memorial service were significant and telling. “In an age of performative celebrity,” Albanese said, “the Queen embodied quiet dignity. In an era of fads and fashionable causes, the Queen did not seek to chase the times.” She “held to qualities and virtues that are timeless”.

Those are careful words, thoughtfully crafted. And they are canny: the past fortnight has shown that chasing the times is, well, going out of fashion. 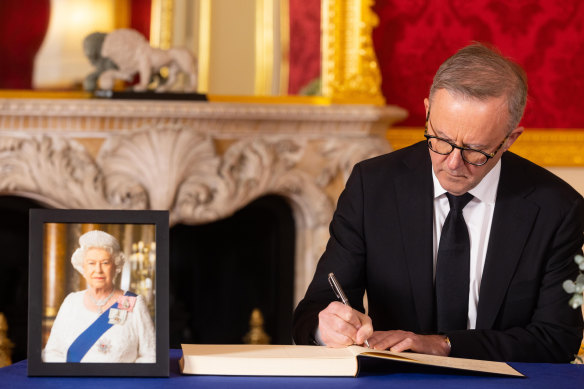 Royal funerals seem to have a way of reflecting the pathos and pathologies of the time in which they are held. A year before she died, the image of the Queen sitting alone at the funeral of her husband of over 70 years captured the deep isolation and sadness of the COVID-19 pandemic. Prince Philip was celebrated by a change-weary world as a man who was personally unconventional while upholding convention.

In stark contrast, the funeral of Princess Diana decades before expressed a very different public aesthetic: after the greedy, glitzy 80s, her 1997 funeral captured the emotionally self-actualising spirit that dominated the ’90s. It is in a way remarkable that our prime minister, whose parliamentary career so far – from maiden speech to top job – has tracked this period and has been able to keep up with and catch the contemporary public mood so well.

Princess Diana was killed in a car crash as she fled from paparazzi, just around the time Millennials were learning their times tables and one year after the current prime minister entered parliament. It was a time when conspicuous displays of emotion were all the vogue. In fact, they had become de rigueur. Upon Diana’s death, the people of Britain embraced and sobbed on the streets and the royal family was condemned for not blubbing in public.

Recalling the time for a 2017 documentary, Prince Harry described the “wailing and crying and people wanting to touch us … they were shouting and literally wailing at us, throwing flowers, yelling, sobbing, breaking down, people fainted, collapsed”. He recalled thinking, “you didn’t even know her. Why and how are you so upset?” At the time, 15-year-old William and 12-year-old Harry were even criticised for being too bottled up to weep as they walked behind their mother’s coffin, as though their tears were required to slake a public thirst. 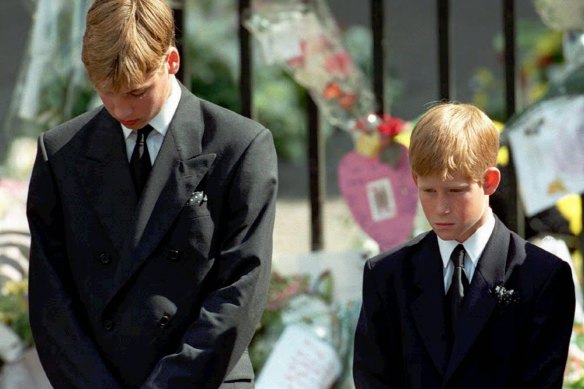 By the time the Queen died this year, the thirst for public tears seems to have been more than quenched. This time, princelings George and Charlotte, who remained dry-eyed as they walked behind their great-grandmother’s coffin, were celebrated for their maturity and poise. The public grieved deeply but quietly. Even Meghan, duchess of schmaltz, allowed only one perfect, sparkling tear to roll down her cheek as the cameras flashed in her vicinity.

The mourning for the monarch has been dignified and restrained, focused on tradition and the comfort that can be found in protocol and ceremony. Internationally, the Queen was praised for her selflessness and dedication to service, values that seem new again after long neglect.

They certainly had no place during a decade or two of sentimentalism, “authentic leadership” and “bringing the whole self to work”. Now, it seems, we’re ready to once again appreciate the beauty of bringing only the best to work. Maybe selfless service is looking pretty good after having someone else’s values jimmied down our throats by leaders being authentic to themselves. The extreme admiration for the Queen’s virtues suggest a culture falling out of love with its own self-obsession.

Albanese’s choice of praise for another tells us as much about him as about his subject. The virtues he finds in the Queen are the virtues he hopes we’ll find in him. “Love of family, loyalty to country, service to community, kindness to those in need and respect for everyone”.

It is by respecting each other that he wants us to honour her. That’s a fine goal and a zeitgeist we can all embrace. For as long as he can, at least, reformed scrappy campaigner Anthony Albanese has made the decision to be Batman.

Parnell Palme McGuinness is managing director strategy and policy at strategic communications firm Agenda C. The company was engaged to work for a Liberal Party MP during the federal election. She has also worked for the German Greens.

Inside the shocking brutality of Spanish bullfighting festivals

Wait until the airport to get holiday cash? You'll get less than one euro to the pound