Home » Lifestyle » Who'll find love on our blind date? This week it's Veronique and Craig

Who’ll find love on our blind date? This week it’s Veronique, 47, and Craig, 40, but will romance be on the cards? 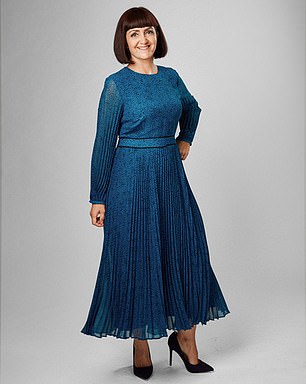 Veronique, 47, (pictured) says she has been single for two years and says she usually goes for bad guys

Single for two years with a son, aged eight.

LIKED? Craig is a breath of fresh air.

In the past, I’ve been more attracted to bad guys. I used to go clubbing in Ibiza regularly in my 20s, and that world is full of sexy but self-centred guys. You don’t settle down with men like that.

I have never been married. I wonder if perhaps I’ve just never found the right man.

I did spend nine years with my son’s father, but we split two years ago and I haven’t dated since.

Yes. I decided to buy my date a card by which to remember our meal, and wrote him a note saying that I hoped we’d walk away with happy memories.

I was daydreaming so I didn’t notice Craig approaching, but when he arrived at our table, I instantly got a good feeling about him.

He was smartly dressed in a blue shirt and dark trousers. I thought he was cute.

Easy To Talk To?

I’d ordered a cider while I was waiting. Craig insisted he got a drink before we did anything else, and he went for cider, too.

After that, we couldn’t stop talking. I gave him the card, and he was embarrassed that he hadn’t bought anything for me.

I’m French, so we talked about the Netflix series Emily In Paris and how unrealistically it painted French women.

He assumed that because I’m French I’d know which wine to order — but I didn’t have a clue.

I’m a pescatarian so I ordered the fishcakes, and while I explained to Craig that I have no problem with someone else eating meat, he went for fishcakes as well.

We bonded over many things, but will I see him again? We talked about it and agreed that we’re both so busy with our children that I’m not sure how we’d manage to have a relationship on top of that.

In the end we decided not to exchange numbers.

What do you think he thought of you?

Hopefully that I’m interesting — we were together for four hours and even got the train back together.

I don’t think Craig considered making a move, and if he had I would have kindly told him: ‘Non, merci.’

Yes. Craig is outgoing, and he gave me a real confidence boost. 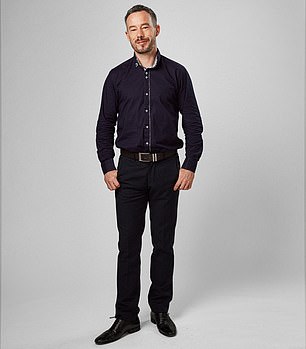 Craig, 40, (pictured) has been single for nine months and has dated on and off since splitting with his daughters’ mother seven years ago

Single for nine months with two daughters, aged 15 and 12.

A woman who likes a laugh and is good to her children, if she has them.

I’ve dated quite a bit since splitting with the mother of my daughters seven years ago.

The only significant relationship I’ve had finished in 2018 — that hurt, because she ended it. But my girls will always come first.

Of course. I view that as a positive. When I feel nervous, it means I care about what is going to happen.

I walked in and saw Veronique’s big smile. Immediately I knew that I wanted to spend the next few hours with this lady.

She has bright, sparkling eyes, and was well-dressed, too.

Easy to talk to?

Veronique thinks outside the box and is determined and driven. Her job as a voiceover artist is so interesting, and she also writes comedy sketches. We didn’t stop talking.

The age gap wasn’t an issue for me, but it might have bothered Veronique, as she seemed a little surprised by how old I was.

The card she gave me threw me. She had written: ‘I’m nervous but excited to meet you. Let’s celebrate!’

I was blown away, and I regret not buying some flowers for her.

Also, I went there looking forward to ordering a steak, but I felt it was only polite to have the same food as her — and the fishcakes were lovely.

I felt there was chemistry. Veronique isn’t my normal type — I’m usually a sucker for a blonde — but she definitely has something going on.

If we’d spent the rest of the evening together, it could have been dangerous.

I’m a terrible flirt and I probably would have made a move. I could see it coming, and she probably did, too.

But in the end we left because our waiter explained that the restaurant needed the table back.

Sadly, Veronique felt we’d find it too hard to get together for a second date.

What do you think she thought of you?

Hopefully that I’m down to earth, chatty and honest.

I thought we were candid with each other about past mistakes.

Veronique would fit into any social circle. She’s an amazing lady, and very charismatic.

Lizzo Calls Out Body Shamers in Powerful Message: I Am Beautiful