Home » Lifestyle » Who is Banksy? How does Banksy stay anonymous – and is Neil Buchanan Banksy?

Banksy’s artwork is admired by millions of people around the world. This Bristolian artist’s work can fetch more than £1 million and is commended for commenting on societal issues. This week the anonymous artist made headlines when a theory about his identity went viral.

The rumour surfaced on social media suggesting the former Art Attack and Finder’s Keepers host was the man behind Banksy’s anonymous street art.

Rumours of his supposed alter-ego appear to have started when one user claimed that Banksy artworks had sprung up in places where Buchanan’s former band Marseille played gigs.

The 58-year-old from Liverpool shared a statement denying he is Banksy on Monday. 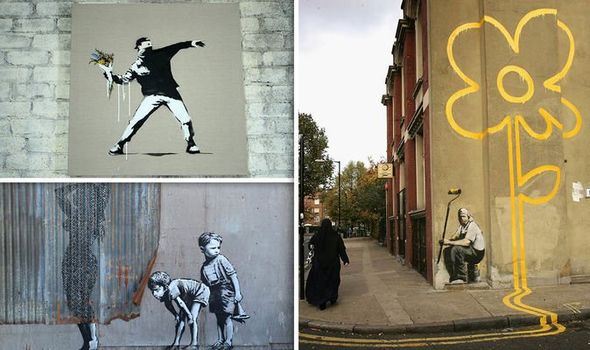 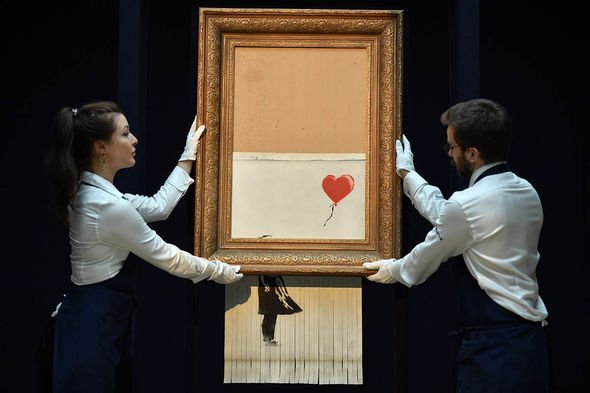 The statement reads: “Neil Buchanan is NOT Banksy.

“PLEASE NOTE: We have been inundated with enquiries over the weekend regarding the current social media story.

“Unfortunately this website does not have the infrastructure to answer all these enquiries individually, however we can confirm that there is no truth in the rumour whatsoever.

​”Neil spent lockdown with vulnerable members of his family and is now preparing to launch his new art collection in 2021. Thank you and please stay safe.” 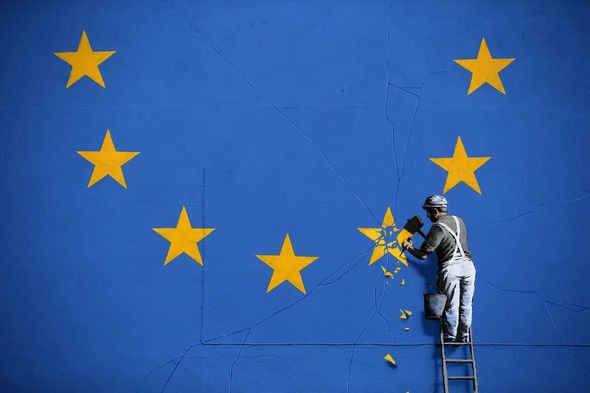 The Bristol-based anonymous artist has been especially active this year.

Last month he funded a boat to rescue refugees at sea.

However, the Italian coastguard was forced to come to the aid of the boat he funded after it became stranded and overloaded.

Banksy encouraged members of the public to wear face masks n a piece of graffiti which appeared on a London Underground train in July.

The art was later removed by Transport for London in line with its “strict anti-graffiti policy”.

Banksy also created an artwork which paid tribute to the NHS appearing in the foyer of Southampton General Hospital.

How does Banksy stay anonymous?

Banksy started his career as a freelance artist and was inspired by local artists in Bristol.

His work was part of the larger Bristol underground scene and during his early years, he met Bristol photographer Steve Lazarides who later became his agent.

He chooses to use stencils to create his pieces which he reportedly started because he realised how much time he could save by doing so. 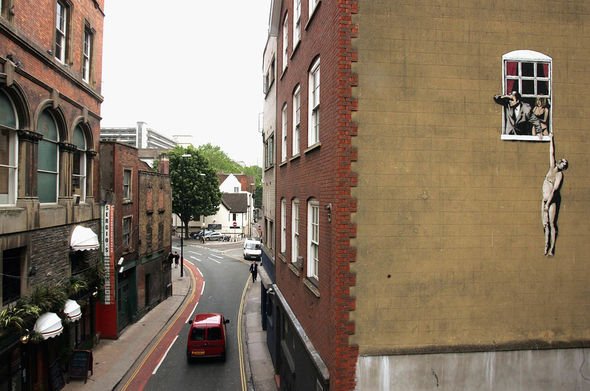 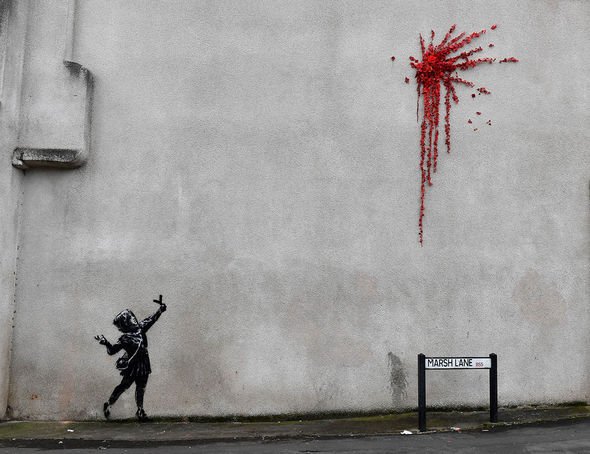 Mr Lazarides worked with Banksy from 1997 to 2009 and published a book in 2019 called Banksy Captured.

He revealed a number of ways in which the graffiti artist avoided detection.

Mr Lazarides told Sky News: “It’s amazing what you can do with a high vis jacket and some cones.

“Obviously, he couldn’t do it now. But then, I never saw him paint at night. Never.”

he former agent revealed that Banksy uses disguises such as dressing as a construction worker and appearing to complete renovation work.

Mr Lazarides also revealed Banksy would purport to be painting for a fictitious film and the agent would act as the producer of the film if anyone questioned him.

He told Sky News: “We got away with it several times.

“And the thing is, a high visibility jacket in the middle of the day… I have seen police officers, I’ve seen everybody, walk past if people are wearing a high vis jacket and have some cones out.”

Banksy displays his art on publicly visible surfaces such as walls and self-built physical prop pieces.

He no longer sells photographs or reproductions of his street graffiti, but his public installations are regularly resold.

A small number of Banksy’s works are officially, non-publicly, sold through Pest Control.

What Did Meghan Markle Get Prince Harry for Christmas? Royal Fans Think She Dropped Some Big Clues

13 Clever (and Easy!) DIY Halloween Costume Ideas for People Who Hate Dressing Up