Home » Lifestyle » When does Eat Out to Help Out end? All the restaurant discounts you can still get when the scheme finishes

BAGGING 50 per cent off your meal courtesy of the government is coming to an end soon but some diners have vowed to keep the discount going.

The Eat Out to Help Out incentive gives customers half price meals when they sit in a restaurant, pub or cafe to enjoy their food. 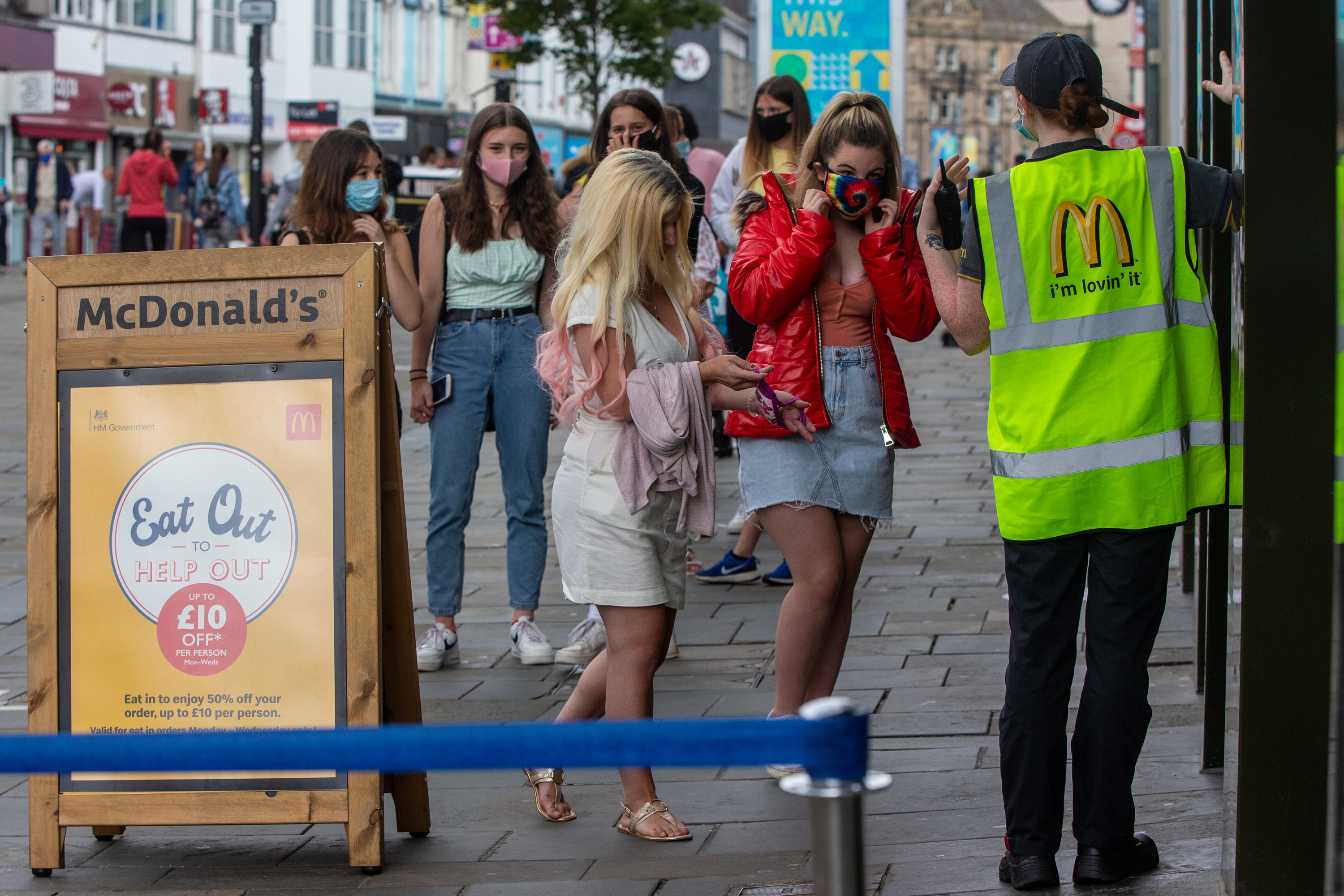 As long as the eatery is signed up to the scheme, the government will pick up half the bill, up to £10 a head, excluding alcohol.

It means that throughout the summer, a family of four has seen an £80 bill reduced to £40.

Latest Treasury figures suggest so far 64million meals have been bought using the scheme, across 87,000 restaurants.

Big brands have registered to the deal, including McDonald's, KFC and Burger King, as well as independent food outlets. Here's the the full list.

How does the Eat Out to Help Out scheme work?

THE government will cover half of the cost of a meal out, up to £10 a head, including children’s meals.

There is no limit to the number of times you can use the discount, so in theory you can get half price meals on every Monday, Tuesday and Wednesday in August.

Businesses will need to register with the scheme on Gov.uk before being able to offer the discount, as well as be Food Standards Agency approved.

Instead of issuing discount vouchers – which the government felt increased the risk of fraud – restaurants, cafes and pubs will be able to claim back the cash.

The refund will then been transferred into restaurants, cafes and pubs' bank accounts within five working days.

The way it works is the retailer knocks 50 per cent off the tab and then claims it back from the government.

Some chains have decided to extend the deal beyond the government's incentive, like Prezzo which has lifted the £10 per person cap and Carluccio which is including bottles of wine in the deal.

It's perfectly within the rules for restaurants and pubs to do this but they won't be able to claim the cash back.

The initiative is only available for a limited time and is unlikely to be extended.

Some restaurants have promised to keep the half price discount running even when they can't claim back the difference any more.

Here's everything you need to know about when the scheme is ending and where you will still be able to get the discount.

When does Eat Out to Help Out end?

The Eat Out to Help Out scheme only runs on Monday through to Wednesday every week throughout August.

The initiative launched on August 3 and will end next week on August 31, which is a bank holiday.

It means families who may have struggled to make use of the discount until now because it's not available on Fridays or weekends.

You won't be able to use the deal on the Saturday and Sunday of the bank holiday weekend though.

Will it be extended?

Some experts and customers are calling for the Eat Out to Help Out scheme to be extended throughout September.

A petition launched earlier this month claims that a month-long extension will help save thousands of jobs in the pubs and restaurants sector.

Finance group KPMG says that the fact the initiative is even running at all is a sign of the epic challenges all consumer businesses now face.

The Federation of Small Businesses (FSB) believes that eateries will struggle to keep customers coming back once the scheme ends.

It wants the initiative to continue in areas where local lockdowns have been enforced meaning businesses haven't been able to take full advantage of the deals.

How to calculate the bill

THE government will pay for half of your bill, up to £10 a head, when you eat out on certain days of the week in August.

To work out how much your bill will be after the discount is applied, you should start by adding together everything that you ordered.

You'll then need to take off any items that it doesn't cover, such as alcoholic drinks and the service charge.

Then, divide this by two to find out half of the bill.

To check that it comes under the £10 per head cap, divide it again by the number of people who are dining.

If it works out as more than this per person, then you'll need to multiply the number of people eating by £10.

You should then minus the answer from the total cost of the items that the discount can be applied to.

For example, four people eat out and the total bill that the discount can be applied to comes to £90.

Half of the bill would be £45, but that's more than the limit.

FSB chair Mike Cherry said: "These remain difficult times for the small business community, with the stress and strains of this crisis continuing to be felt.

"That’s why we urge everyone to show support for their favourite small firms at every opportunity."

Sadly, it doesn't look like there are any plans to extend the initiative.

A Treasury spokesperson told The Sun: "Part of this popularity is precisely because it is a time-limited scheme – this reminds and encourages people to safely return to going out."

Where can I continue to get the discount in September?

Some businesses have decided that they will continue running the discount in September, even though they won't be able to claim the government subsidy.

Many food outlets fear that when it ends, customers will ditch eating out and cook at home instead.

These are the restaurants that will be continuing the deals:

Diners can bag the discount at the gin bar, distillery and kitchen throughout September and October.

The eatery wrote on Facebook: "We are very worried that when August finishes, people will stop dining out as often as they do now, so we’ve decided to take the risk and extend the scheme further, even if it means selling the food at cost price."

Smiths restaurant, which offers a French-themed menu, has announced that it will continue to run the scheme between September 7 and September 30.

The discount will be subject to the same terms, so it will be capped at £10 per head and only apply to non alcoholic drinks.

The South American inspired Manchester restaurant has said it will continue to run the offer throughout September.

It recommends that diners book a table to make sure they're not turned away.

The Coconut Tree, five branches across the UK

The Sri-Lankan chain has restaurants in Bristol, Cardiff, Cheltenham, Oxford and Bournemouth and has announced it will be running the deal in September.

It's also removing the £10 cap per person but alcoholic drinks are still excluded.

In October, it will be offering the discount on lunchtime meals only.

Run by renowned chef Andrew Sheridan, the restaurant said that the scheme increased midweek demand by 400 per cent in August.

The same terms will apply, except the discount will be offered on Wednesday and Thursdays.

The Brummie restaurant will continue to offer the deal on Tuesdays to Thursday in September, under the same terms.

It's also donating another £10 for every meal sold to to the homelessness charity SIFA Fireside.

The restaurant can be found in Cambridge's Varsity Hotel and will offer the discount on the same days throughout September.

All bars and restaurants run by the Signature group will offer the discount through September, picking up half of the bill themselves.

Q Hotels Group operates some fancy restaurants all over the UK, including Crewe Hall in Cheshire and Norton Park in Winchester.

It has said that it will be extending the scheme but hasn't put a deadline on when it will end.

Diners will be able to bag half price meals, including slow-cooked ribs and pulled pork, throughout August too. The same conditions apply.

You can check out the full menu on its website.

True North Brew Co operates 12 branches across Sheffield, such as The Blue Stoops and The Punch Bowl.

It's extending the deal at all venues through September but will be waiving the £10 per head cap.

‘DWTS’ Winners: Look Back At The Past 27 Champions Ahead Of Season 28 Premiere

There are actually three different kinds of arrogance, according to psychologists