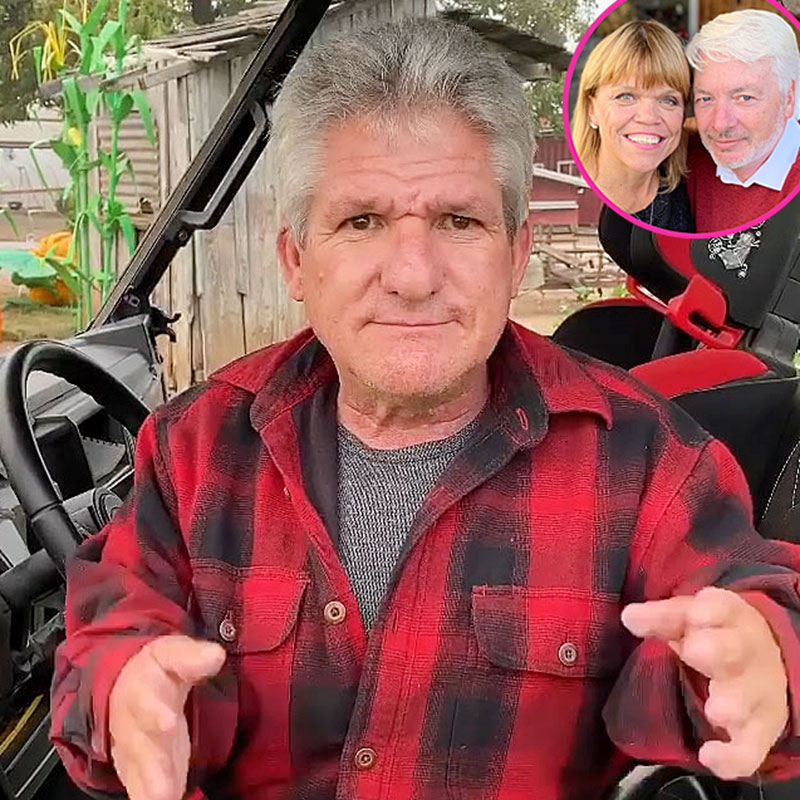 A peaceful day! Matt Roloff took to social media to share a glimpse at his beautiful weekend getaway with girlfriend Caryn Chandler, on the same day that his ex-wife, Amy Roloff, married Chris Marek on the Roloff family’s property.

Celebrity Weddings of 2021: See Which Stars Tied the Knot

“Dropped the keys to the farm in Chris’s hands last night,” Matt, 59, captioned a video of a group of elk on Sunday, August 29. “Then after short 90 min drive … started having up close and personal wild life adventure on the Oregon coast.”

He added: “@carynchandler1 and I are staying with friends in their newly constructed amazing home. Keith and Robin introducing us to their neighborhood friends :)).”

Chandler, 53, commented on the post, writing, “Congrats to the newlyweds. And the elk were a fun bonus on our coast getaway.”

The pair’s trip happened the same weekend as Amy, 56, and Marek, 55, got married at Roloff Farms.

“I can’t believe we’re just a few short hours till Chris and I are married,” Amy posted via Instagram the day before the ceremony. “The rehearsal is done (complete with bridal shower ribbons bouquet! 🎀💝), and now all that’s left is to meet Chris at the altar tomorrow! I’m so thrilled and excited to be his wife.”

On Saturday, August 28, her daughter-in-law Tori Roloff shared photos from the special day writing, “Congratulations Mimi and Chris! 🥰.” One photo included a glimpse at the bride wearing a flowy, lacy gown with a diamond accessory in her hair.

Amy and Matt were previously married for 27 years before filing for divorce in June 2015. They share twins Zach and Jeremy, 31, daughter Molly, 27, and son Jacob, 24. In 2016, the TLC personality met Marek and they got engaged three years later.

“I’m excited, I’m so surprised, I’m thrilled!” Amy told Us Weekly at the time. “I never in a million years thought I’d be getting married again, but I also hoped for it. Now that it’s happening, I couldn’t be happier or more excited.”

Marek admitted that he was “very nervous” about popping the question.

“It had to be a heart-shaped diamond because I knew that’s what Amy wanted,” he noted to Us in September 2019.

Matt, for his part, has enjoyed spending time with his girlfriend during “a whole new major chapter in life.”

“We’ve got the best of all worlds happening right now,” he said in a confessional during an August episode of Little People, Big World.

During the episode, the former Roloff Farms employee also explained how they approach their relationship.

“Our grand plan right now is to stay committed, stay in love, go to Arizona and spend a tremendous amount of time together,” Chandler said on the hit TLC show. “When we’re here in Portland, we’ll live individually and see each other a lot.”