Home » Lifestyle » What is Groundhog Day and what is the meaning behind it? 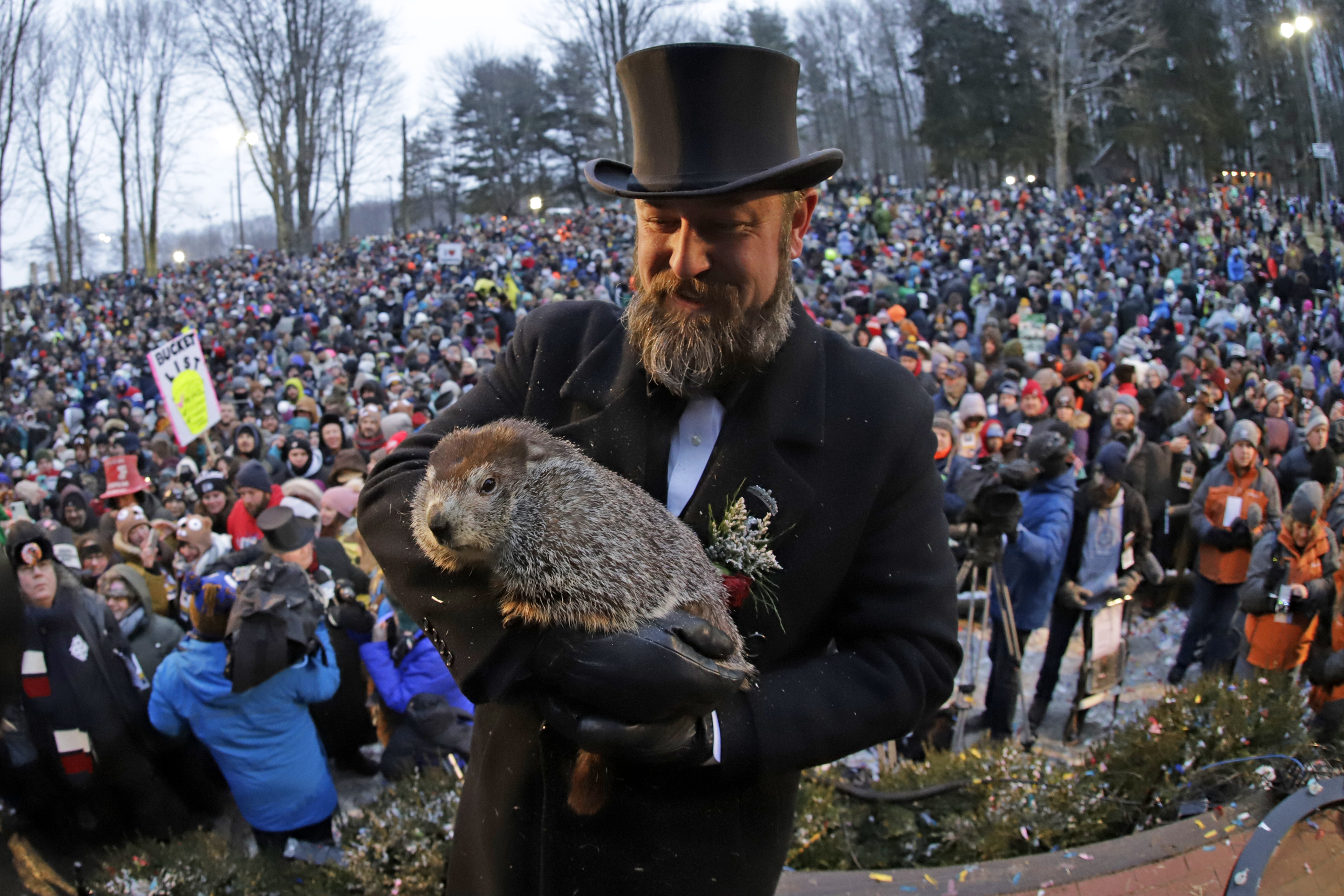 It’s 2 February, and while that day may not mean much to you, folks in a small town in Pennsylvania are gearing up to celebrate Groundhog Day.

Yup, the actual day isn’t just the subject of a classic Bill Murray movie, it actually exists – and is seen as giving those townsfolk the biggest clue as to whether they can expect an early spring or six more weeks of winter.

But just what is the day all about and what happens?

Here’s what you need to know…

What is Groundhog Day and what is the meaning behind it?

Groundhog Day is observed every year on 2 February, having originated in the town of Punxsatawney, Pennsylvania.

The day derives from an old Germanic tale that each year a groundhog will poke its head up out of its den around this time.

If it sees his shadow (denoting that it’s a clear day out), the winter will carry on for six more weeks.

If, however, it sees a cloudy day, it means we’re getting an early spring.

Although the day is celebrated across North America – with the date having been chosen as it’s the midpoint of winter – the first observance was in Punxsatawney, and this is still where the largest celebrations take place to this day (and where the film is set).

What happens on Groundhog Day?

The day revolves around a ceremony which is held at day break at a place in Punxsatawney called Gobbler’s Knob (yes, really).

The groundhog is known as Punxsatawney Phil, and he is looked after throughout the year by a select group called the Punxsutawney Groundhog Club Inner Circle, who also plan the annual ceremony.

On the day Phil is helped to the top of the stump and tells the president of the Inner Circle – in a language known as ‘groundhogese’, his verdict on what he’s seen.

The President of the Inner Circle, the only person allegedly able to understand groundhogese, then translates Phil’s message, and the Voice President reads the verdict out to the crowds, and the thousands who watch the live broadcast on TV.

According to lore there has only ever been one Phil – who has been alive ever since the first ceremony back in 1886.

In 2019 Phil predicted an early spring after not seeing his shadow – but you might not want to take his prediction too seriously, as historically his success rate at predicting the weather is only around 40 per cent.

Other cities have their own groundhogs (such as New York Staten Island’s Chuck), who have varying levels of accuracy to their predictions – although Chuck’s accuracy is much more impressive at 82 per cent.

How do people celebrate Groundhog Day?

The Coronavirus pandemic won’t stop Punxsatawney Phil – according to his Twitter account (yes, he has Twitter), people will be able to celebrate Groundhog Day virtually this year.

After the ceremony people commonly have a meal and drink their own version of groundhog punch, which is a mixture of vodka, milk, eggs and orange juice.

A number of US channels will be livestreaming the event on YouTube – or you could just settle for watching the Bill Murray film – in which he plays a weatherman who finds himself well and truly stuck in Groundhog Day after reliving the day over and over again.

if you’ve never seen it – or just want to see it again – you’re in luck, as Sky Cinema Comedy is showing it on repeat today.

Woman, 25, reveals her blood-stained dress helped to snare her abuser