While the 2022 state election was a great result for Labor supporters, those of us with ethnic heritage felt a pang of regret as we watched the Victorian Parliament become the least ethnically diverse parliament we’ve seen in over a decade.

While all political parties are responsible for the parliament’s composition, as the party that has driven social progress in Australia, it’s incumbent on Labor to properly represent the diversity of the Victorian community, as we have done with affirmative action for women, where women make up more than 50 per cent of both the caucus and cabinet. 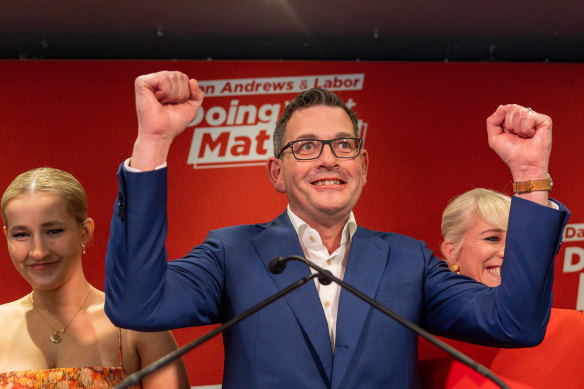 Labor’s failure to reflect the community might already be contributing to electoral problems. One theory to account for these swings is the fact that ahead of both the 2018 and 2022 elections, factions chose to preselect predominantly Anglo candidates to represent largely non-Anglo areas.

In Labor’s heartland, predominantly characterised by vibrant multicultural communities of Melbourne’s northern and western suburbs, we suffered primary vote swings against us that were bad in anyone’s language: 10 per cent in Point Cook, Tarneit and Thomastown, 11 per cent in Broadmeadows, 12 per cent in Laverton, 13 per cent in Mill Park, 16 per cent in Sunbury, 18 per cent in St Albans and Sydenham, 19 per cent in Greenvale and 20 per cent in Kororoit.

This amounts to almost 76,000 Labor voters abandoning us. Given this replicates similar results in the federal election, COVID-19 can’t be the only factor, so there is a definite Labor voter pattern emerging.

Somehow, Labor voters aren’t finding us appealing any more or are feeling taken for granted. In a recent podcast, even the premier conceded the parliament had a long way to go before it reflected the community it represented.

In 2018, we chose to replace Sri Lankan-born and Lebanese-born candidates with Anglo candidates. And in 2022, we preselected only one new non-Anglo candidate for a “safe seat”, with Luba Grigorovitch in Kororoit.

We did preselect other non-Anglo candidates in seats such as Rowville and Polwarth, but these were considered “unwinnable”. Factional blues aside, we also lost Vietnamese-born Tien Kieu, Lebanese-born Nazih Elasmar and Cesar Melhem, and Chinese-descendant Harriet Shing’s position was by no means safe.

The 2021 census showed that in Victoria, 49 per cent of us were either born overseas or have at least one parent that was. Without actively recruiting and engaging these people into our movement, it’s likely that we will continue to see double-digit swings in our heartland.

However, the Victorian ALP has a chequered history with the exploitation of ethnic communities – the most recent example being the Independent Broad-based Anti-corruption Commission finding that former minister Adem Somyurek and his cronies misused public funds to fuel a vast ethnic branch-stacking operation. 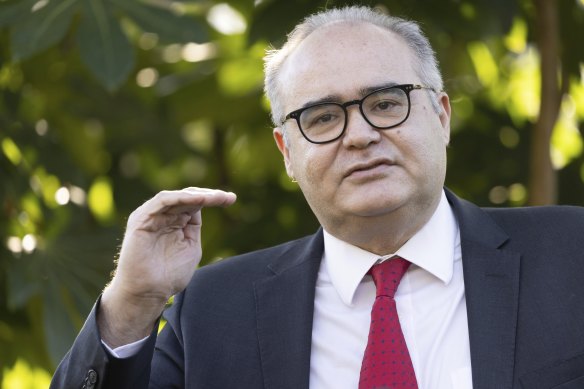 The lack of Chinese, Indian, African and other Asian representatives in the Victorian Labor caucus is stunning, particularly given these are key to Labor’s voter bloc. It’s incumbent on us to meaningfully reflect these Victorians in our ranks.

Beyond ethnicity, diversity of age, socio-economic status, education level, sexuality, gender and Aboriginal and Torres Strait Islander descent is often lacking. In the western Victorian seat of Polwarth, for example, the community itself is burgeoning with Millennials and members of Generation Z, but the average age of the local Labor branch is about 55.

So how can we ensure that the group of Labor MPs represents the community?

Here are three easy changes: create a diversity officer in every local Labor branch to recruit and engage with local multicultural communities; supplement the role of party activists tasked with recruiting women to also focus on boosting cultural diversity; and campaign with different cultural groups on issues that matter such as the Indigenous Voice to parliament.

Changes like these could help the Victorian parliament look more like our neighbourhoods than Ramsay Street. And ensure Labor continues to lead the way.

Do dogs have to be microchipped?