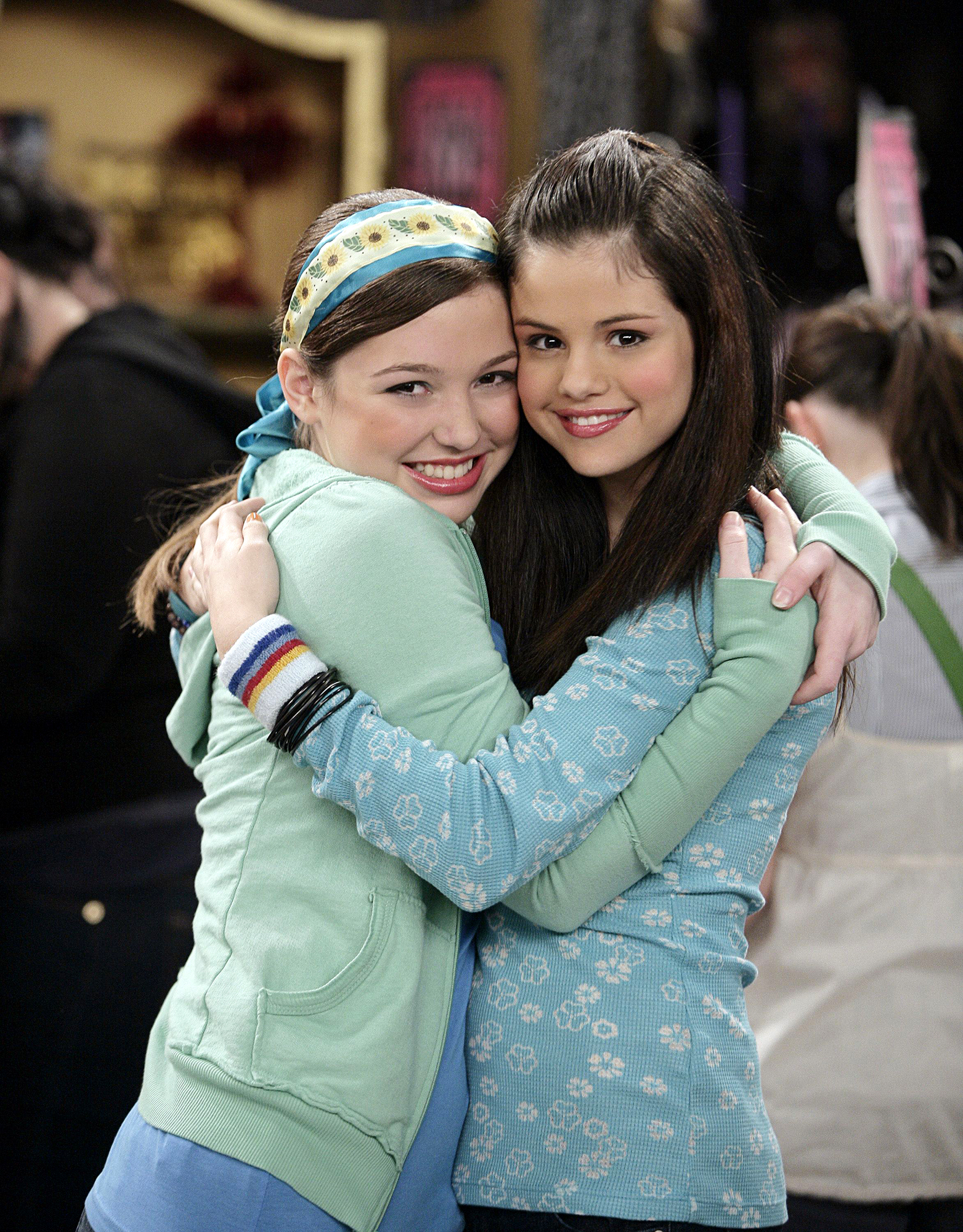 Selena Gomez Through the Years

“What’s that? A hat? Crazy, funky, junky hat,” Gomez and Stone, both 29, lip-synched to the song on Saturday, April 23 via TikTok. “Overslept, hair unsightly. Trying to look like Keira Knightley. We’ve been there, we’ve done that. We see right through your funky hat.”

The Rare Beauty entrepreneur captioned her footage, “We had to.” In the clip, Gomez laughed while trying not to spill her can of White Claw hard seltzer as they tackled the song’s choreography. The registered nurse, for her part, completed the routine while balancing her glass of red wine.

Costars Reunited Through the Years

Gomez previously starred as Alex Russo on the Disney hit, which debuted in November 2007. The Mean Girls 2 actress portrayed Alex’s longtime best friend, Harper Finkle. On the show, the twosome had several inside jokes — including the origins of the “Crazy Funky Junky Hat” jingle.

During the fourth episode of the first season, the girls noticed someone at their school was wearing an odd-looking cap. As a joke, they busted out their rhymes and accompanying dance moves that ended up pointing to said individual’s hat.

The Only Murders in the Building star, and Stone, starred on Wizards of Waverly Place for four seasons ahead of its January 2012 series finale and in a feature-length TV movie in 2009. The show followed siblings Justin (David Henrie), Alex and Max (Jake T. Austin) as they learned to control their magical powers while balancing their lives as regular teens in New York City.

“I’m beyond proud of the work that I did with Disney as well,” Gomez told RadioTimes in August 2021 about her Disney roots. “It kind of shaped who I am in a way.”

The show also brought the “Love You Like a Love Song” songstress a close group of friends who frequently reunite and catch up.

Disney Channel Original Movie Leading Ladies: Where Are They Now?

“Nothing has happened yet, but there’s a lot of talk [of a revival],” Henrie, 32, told Access in August 2020. “We all talk about it for fun. Everyone would be down, but it’s just a matter of time, I think. We’ve talked about it: Gregg [Sulkin], Selena, me, Jake. I think, what we said [about] what made the show special was that we were a family and that the family stuff together was like a family unit.”

He continued: “I think a great place to start the [potential new] show would be the opposite version of that, so you have somewhere to go throughout the series. So, if you started the show where the family’s divided, and not united.”

Adele’s Vegas residency may be a goner as venue removes sets: sources