Five stars for wit! Amazon shoppers share their VERY funny product reviews – including a coffin that received ‘no complaints from grandpa’

Trawling through the reviews before you decided to make an online purchase can be a tedious process, but thankfully some shoppers have the creative spark to make their ratings really stand out.

A hilarious gallery collated by Bored Panda, shows the hilarious reviews customers from around the world have left on products bought from Amazon.

One customer joked that they were very happy with the purchase of a coffin, as there had been ‘no complaints from Grandpa’, while another gave a rave review of the sharpness of a bread knife – after ending up with eight stitches.

However, others turned their wit to making criticisms, including one who gave a one star review to an inflatable bed that looked too much like an ice-cream sandwich.

Another reviewer was unimpressed by the strong scent of their purchase of artificial petals, comparing it to an uncleaned animal cage. 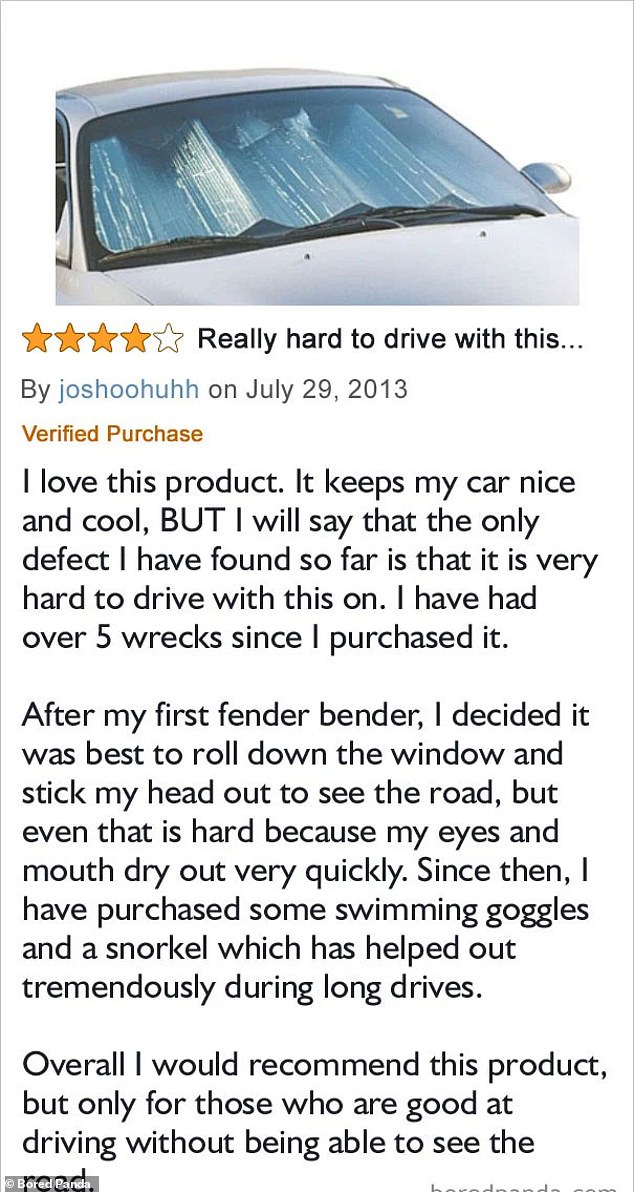 What a wit! Bored Panda has shared the funniest Amazon reviews from around the world, including this driver who joked about being in multiple accidents after buying a protective shield to keep the sun off

At least she’s not stuck for a Halloween costume! This woman was left looking rather ghostly after struggling to fit into her new purchase 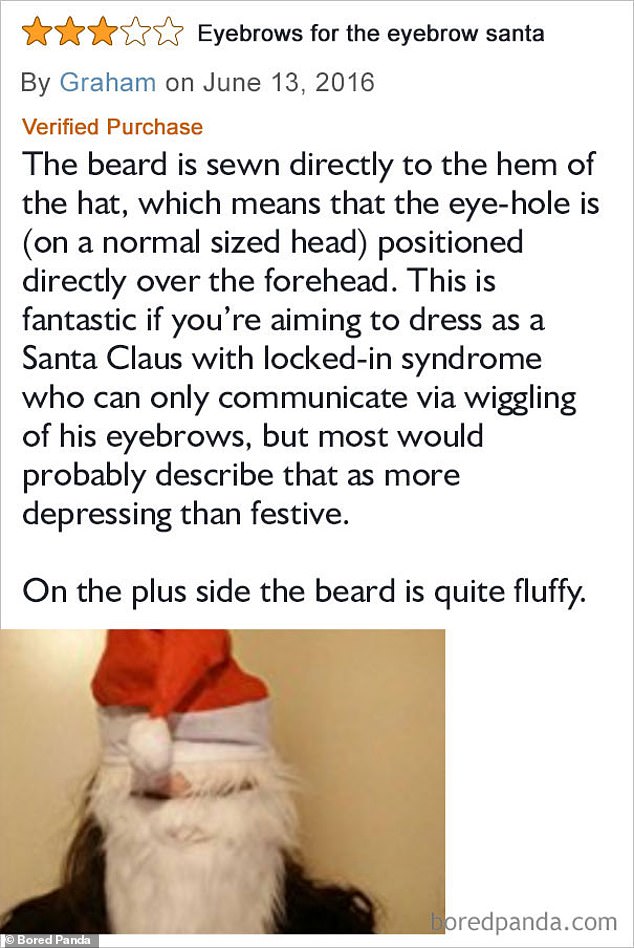 At least the beard is fluffy! This shopper ended up with a completely covered face after attempting to make a cheerful festive purchase 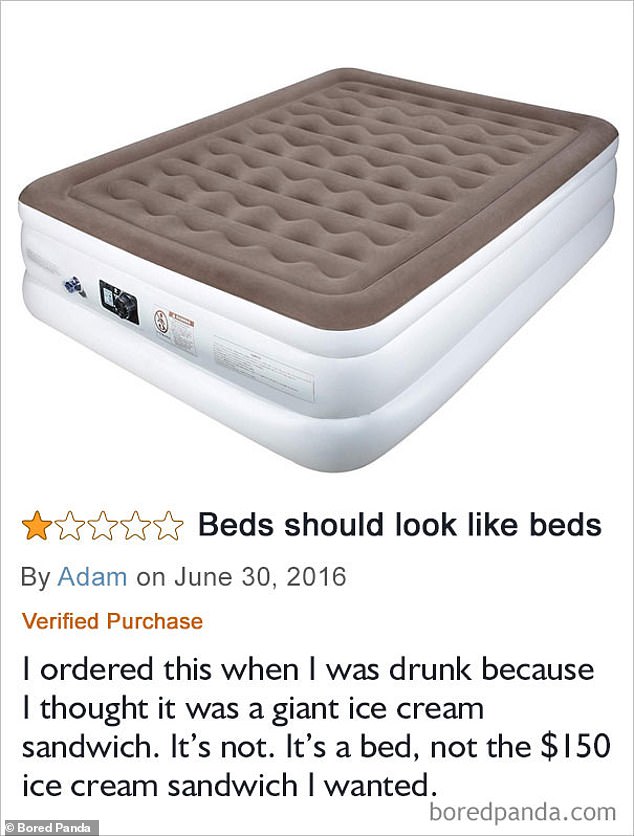 Midnight munchies! This shopper obviously feared they would be left feeling peckish after climbing on to a bed that resembles a giant ice-cream sandwich

A man who injured himself while slicing bread, highly recommended the sharp kitchen knife to other cooks 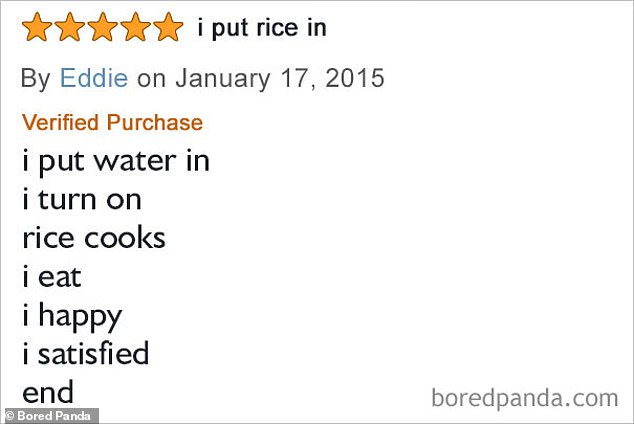 Keep it simple! One person praised a rice cooker for its simplicity and gave five stars for its ability to cook by just adding water 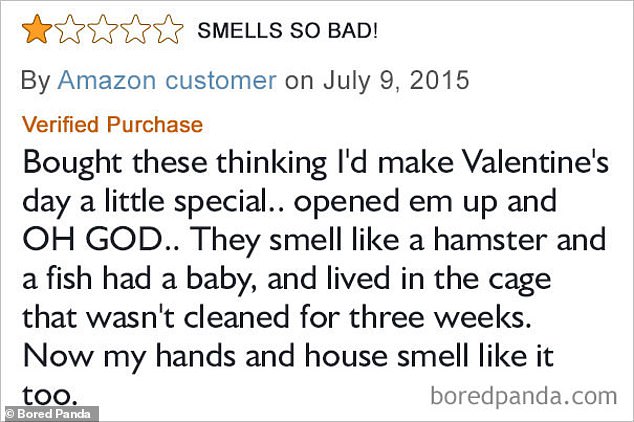 Leaves a bad smell! Another shopper compared the scent of artificial petals bought from the online store to the smell of an uncleaned animal cage

Hell hath no fury like a toddler scorned! The parents might be satisfied but their youngster would not give a five star review to the new household addition 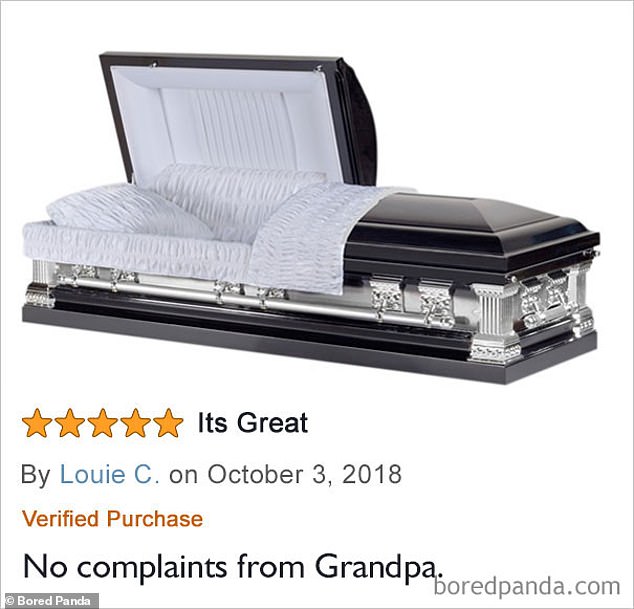 Dead good! One shopper joked that everyone was very satisfied with the purchase of this shiny black and silver coffin 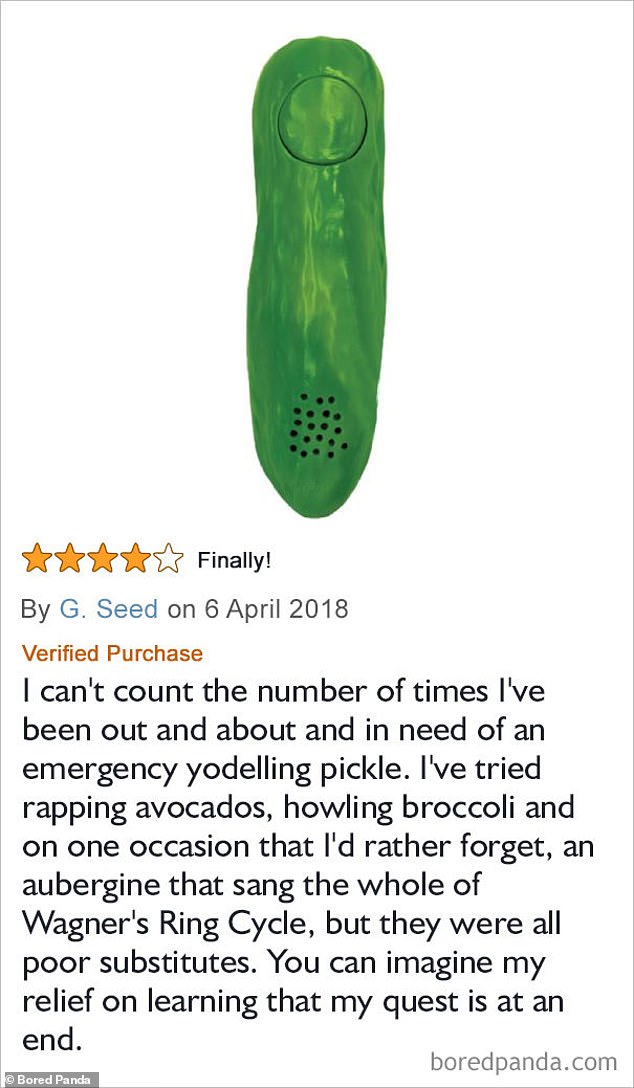 A man whose wife bought a dress from Amazon to announce her pregnancy, posted a photo of himself wearing the item as he raved about its versatility