‘Am I going deaf?’ Viewers blast Channel 4 for ‘terrible’ sound quality on new Shane Meadows drama The Virtues which left them unable to hear what the characters were saying

Viewers of new Channel 4 drama The Virtues slammed the show last night, claiming they couldn’t hear anything that the characters were saying.

The new series, written by This is England creator Shane Meadows, follows struggling alcoholic Joseph, who is left heartbroken after his ex-partner takes their son to live in Australia.

Many expressed how excited they’d been to see Line of Duty star Stephen Graham return to their screens, but claim the show was spoilt by the disappointing sound quality.

One tweeted: ‘Please Channel 4, is the sound quality fixable on The Virtues? I really want to watch this series but it’s just awful. I can hardly make out a word they’re saying.’ 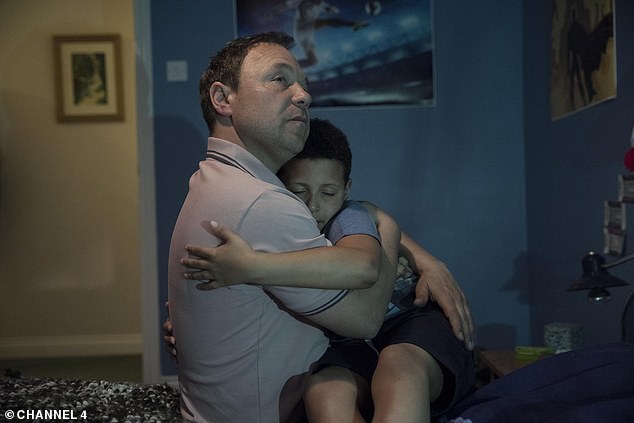 Viewers said they were excited to see Stephen Graham in the new Channel 4 programme, but begged the broadcaster to do something about the poor sound quality of the show

Another commented: ‘Sound quality is terrible in #TheVirtues. Please sort it out! Have been looking forward to this!’

The drama brings together many of the team from popular film This is England, as Shane co-created the show with fellow writer Jack Thorne.

The Virtues is based on director Meadows’ own childhood and repressed memories of sexual abuse.

The story was borne out of his own experience of being sexually assaulted by an older child when he was just nine years old.

In emotional scenes within the first 10 minutes of the programme, Joseph sat down for a last supper with his ex-girlfriend, her new boyfriend and son before they move to Australia and leave him behind – leaving many viewers in tears.

In a particular tragic moment, Joseph tells his son that it’s okay if he calls his new stepfather ‘Dad’, leaving the little boy confused. 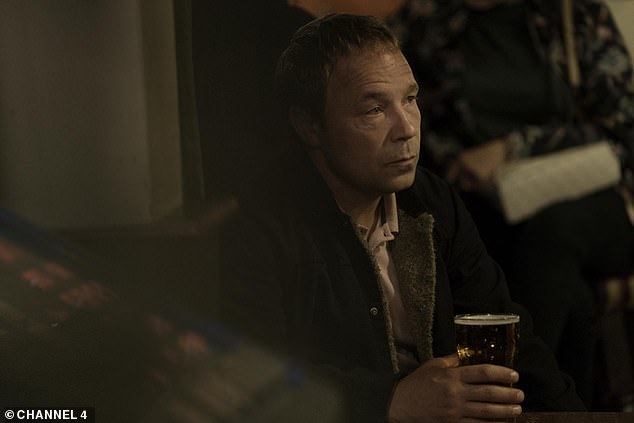 The new Channel 4 drama sees Stephen Graham play alcoholic Joseph, who struggles with his drink problem after his ex-partner takes their son to live in Australia

The devastated father later heads to a pub, where he ends up ordering drinks for the whole bar – although he’s unable to pay for any of them – and getting blind drunk.

Towards the end of the episode, Joseph boards a ferry bound for Ireland to confront his hazy childhood memories of growing up in the care system.

He is reunited and chooses to stay with his sister Anna, played by Helen Behan, who also featured in This is England ’88 and ’90, whom he hasn’t seen since he was a boy. 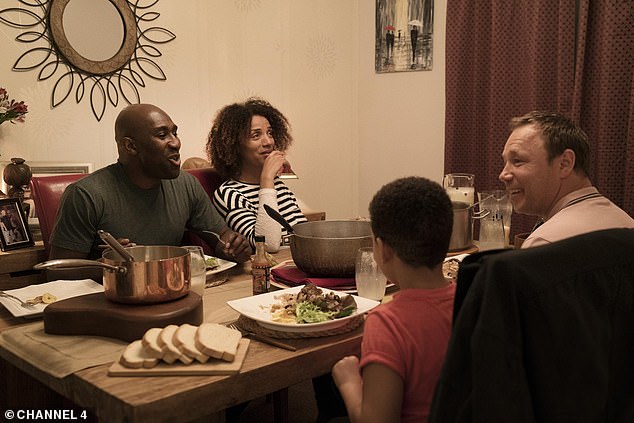 Joseph sat down for a last supper with his ex-girlfriend, her new partner, and his son before the new family move to Australia, leaving him behind 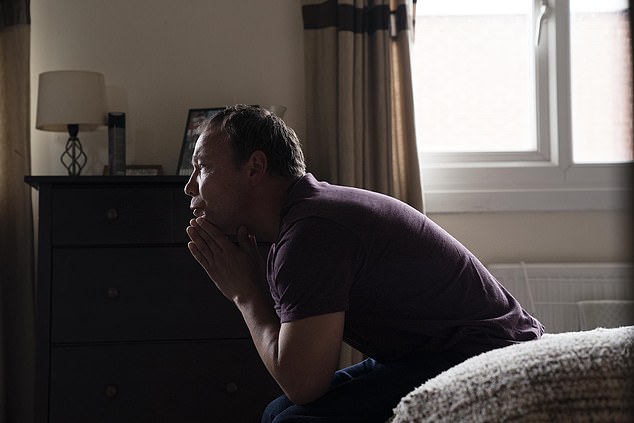 Viewers praised Stephen for his emotional acting, but were left disappointed byu the sound quality 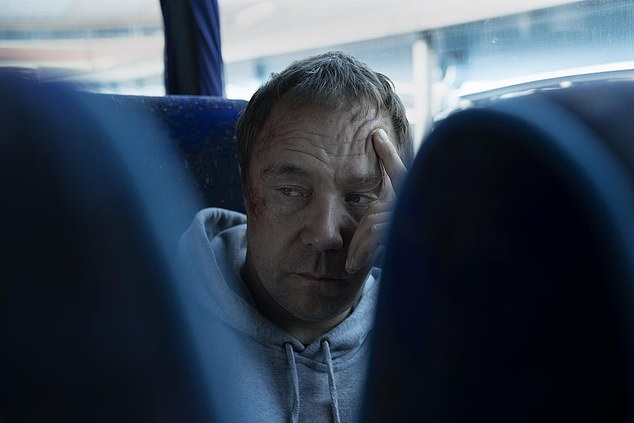 The four-part drama is based on the life of This is England writer Shane Meadows. Joseph heads to Ireland to confront his past in care at the end of the first episode

But many viewers said they’d been forced to turn their TVs up to maximum volume to hear what was going on – and some claimed they’d resorted to putting subtitles on.

One questioned whether the show had been recorded ‘on an old Casio’, while another asked: ‘Am I going deaf… Can’t hear a thing.

‘So looking forward to this and have to watch it with subtitles?!?’

Another commented: ‘Giving up on The Virtues because I can’t hear a word of it and the sound’s turned up to 26.’

Viewers were left flabbergasted by the sound quality in the programme, with many saying they had had to turn on subtitles

One viewer tweeted: ‘What the hell is wrong with the sound? Had to turn my TV volume up really loud and when the adverts came on had to turn it back down again!! Not good, you can hardly hear them talk.’

‘Is it just me or is it really hard to hear what they’re saying on The Virtues?’ another asked.

Meanwhile one viewer tried to reason why the sound level would be lower, suggesting: ‘Going for a natural realistic sound. I wonder if it’s because it’s supposed to feel like you are eavesdropping on private moments or about how we don’t truly listen, only when we should?

‘I think the sound is quiet for a reason. Do quite like this though.’

The four-part drama continues next Wednesday on Channel 4 at 9pm. 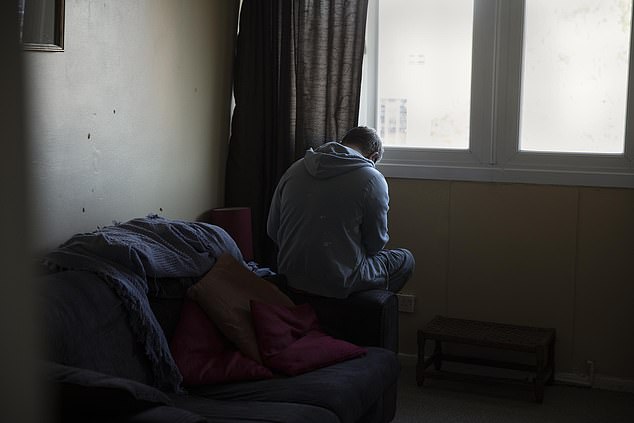 While in Ireland he is taken in by his sister, who convinces her husband to give him a job on his building site 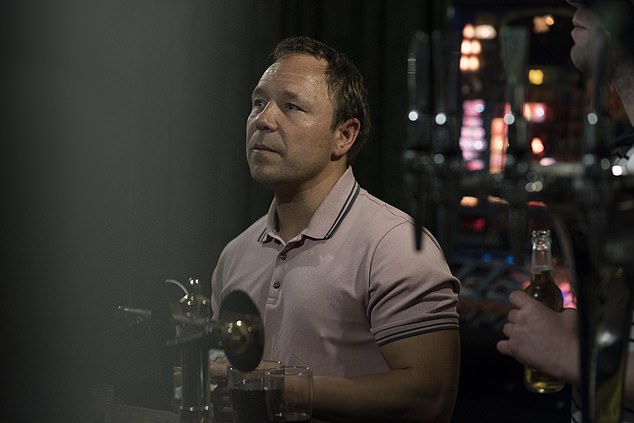 The father struggles with his alcohol addiction throughout the programme, getting blind drunk in the first part of the episode

Consorts, past and future, in Britain’s changing monarchy