Many universities are under-charging international students and should lift their fees to match the money spent by Australian governments on educating domestic students, a new book on reforming the tertiary sector argues. 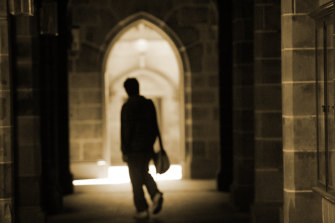 But at many universities, including the universities of NSW, Wollongong and Melbourne, the domestic per-student revenue was higher than the average cost of an international degree. For UNSW, revenue from a domestic place is almost $5000 more.

However, Dr Babones included government research funding in his calculation of the revenue from domestic students, which others in the sector said should be considered separately and substantially inflated the domestic figure.

International students pay varying amounts for their degrees. The most expensive is a double postgraduate degree in communications and project management at Bond University, which costs $827,730. A bachelor of economics at Sydney University costs $147,500, while a graduate diploma in management at UTS costs $45,000.

Dr Babones calculated the average 2019 revenue for each domestic student, using state and federal government contributions and fee revenue, at $28,984 and the average international student revenue at $29,529.

He argued research funding should be included because being taught by people who are also researchers is what makes a university different to a teaching institution. 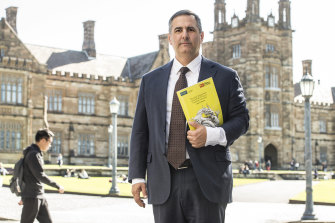 Dr Babones said universities used domestic revenue to cover fixed and essential costs, while international revenue, which is less reliable, is used to cover variables. But he said international students should also be paying for fixed costs.

“I think at a minimum there should be a floor placed on international student fees, they should have a minimum tuition equal to the average amount paid on behalf of domestic students,” he said.

“They should be paying at least the same. They are at some universities. But at many universities they are paying much less. International students are not carrying the full cost of their education.”

However, Australian National University higher education analyst Andrew Norton questioned the inclusion of research funding in the domestic student revenue, saying most universities regarded that as an independent activity.

“There’s no relationship between research funding and domestic coursework numbers,” he said. “If you look at income derived from domestic course work students, it works out at just under $20,000 [per student].”

‘Many of our projects rely on a combination of overseas students.’

The chief executive of the International Education Association of Australia, Phil Honeywood, said international students’ tuition fees were an average of about three times those of a domestic student.

“We’ve got international students paying $100,000 a year for some degrees,” he said. “I know how carefully our vice-chancellors weigh the markets before changing the fees. We want to incentivise our students to come back here.