Mr. Big has Carrie’s back! Chris Noth weighed in on the rumored feud between his former Sex and the City costars Sarah Jessica Parker and Kim Cattrall — and he’s choosing sides.

‘Sex and the City’ Men: Where Are They Now?

In an interview with The Guardian on Sunday, December 5, the 67-year-old was asked why he thought Cattrall, 65, didn’t take part in the SATC revival, And Just Like That.

“I have to tell you, I have absolutely no idea what her thinking is, or her emotions,” he said. “I do know that I’m very close with SJ and [Cattrall’s] descriptions of her don’t even come close.”

The Law & Order alum continued, “I liked [Cattrall], I thought she was marvelous in the show and some people move on for their own reasons. I don’t know what hers were. I just wish that whole thing had never happened because it was sad and uncomfortable.”

Noth explained that he doesn’t like to “see anyone talking down about SJ because she’s a target and people can be nasty.

He continued, adding, “I feel very protective of her and I was not happy about that. That’s all I’ll say about that.”

Cattrall and Parker, 56, were rumored to be at odds while working together on the iconic HBO series, which ran from 1998 to 2004. The ladies reportedly had a big falling out in the show’s final season when Parker was paid considerably more than Cattrall. This dispute over money also allegedly caused delays in production of the two Sex and the City films in 2008 and 2010. 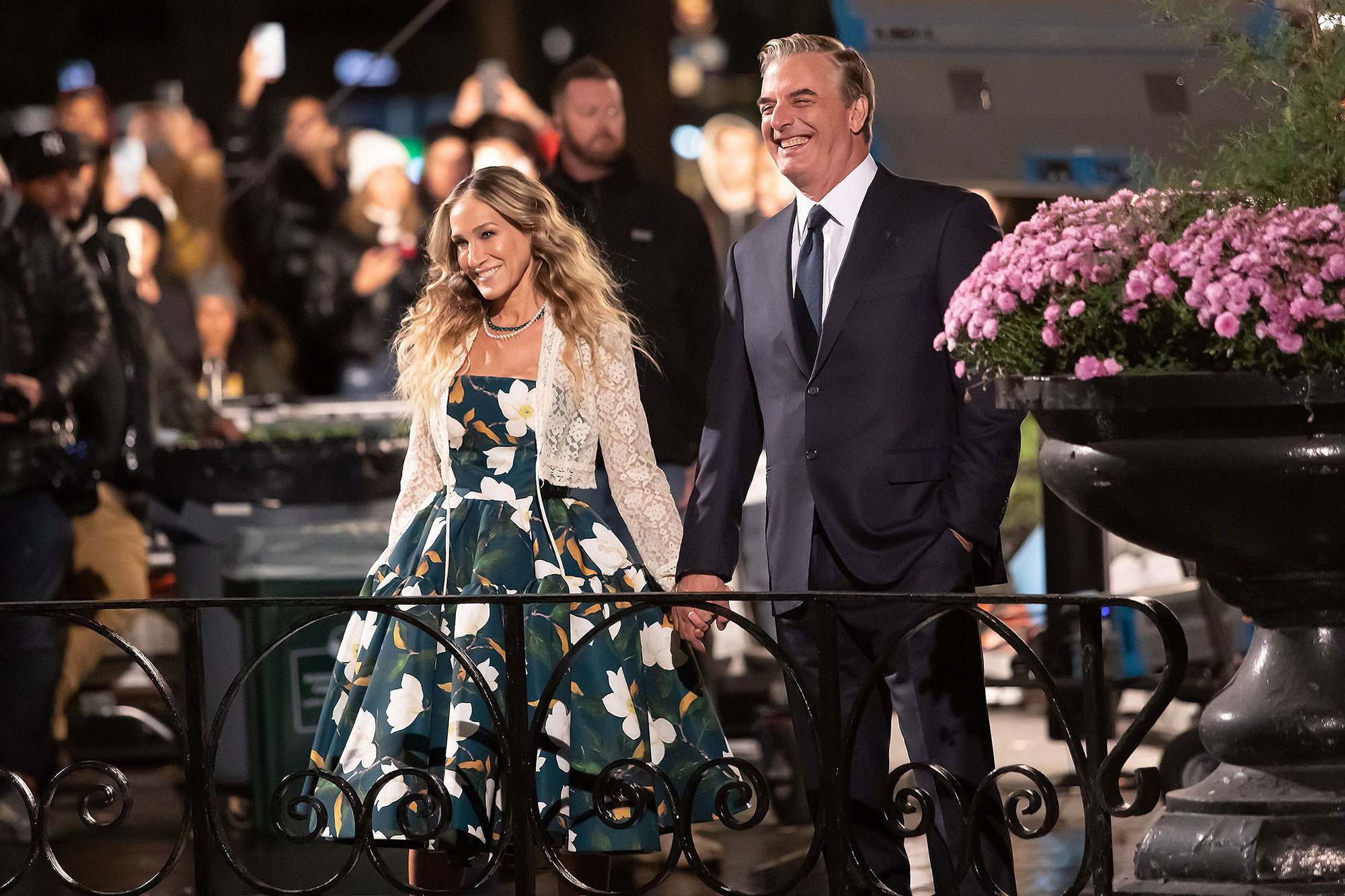 The stars long denied that there was any animosity between them — but, in 2018, Cattrall accused Parker of being “cruel” after she shared her condolences for the Canadian American actress following the death of her brother, Christopher.

“Let me make this VERY clear. (If I haven’t already) You are not my family. You are not my friend,” Cattrall wrote via Instagram in February of that year. “So I’m writing to tell you one last time to stop exploiting our tragedy in order to restore your ‘nice girl’ persona.”

Later that same year, Parker once again denied that there was bad blood between her and the Ice Princess actress.

“If one more person calls this a catfight … I’m not in a fight,” she told Extra in October 2018. “I never fought with Kim. I don’t have to send any gifts to Kim, because I’ve never done anything.”

The Hocus Pocus 2 star added, “She has felt perfectly comfortable to say lots of things. That’s the beauty of living in a democracy, but I have no apologies, meaning, this isn’t a catfight. This is someone who chose to talk about something, and myself, I remain grateful for her work and the role she played on and off camera for all the years we spent together.”

Two years later, Cattrall doubled down on her comments. “Everything is on Google. So, I encourage you to Google it about anything that I’ve said,” she told the Los Angeles Times in September 2020. “I feel that that was then, and when I look at what’s going on around me, I just don’t have any regrets.”

While Noth is set to appear in HBO Max’s Sex and the City spinoff, And Just Like — showrunner Michael Patrick King revealed that Cattrall was never a factor in the show.

“And Just Like That was never four [characters],” King, 67, told The Hollywood Reporter on Wednesday, December 4. “I never thought, ‘Oh, there’s a hole I have to fill.’ Samantha doesn’t not exist in their lives. [And Just Like That] was born of these three characters: What’s their life, and who can I bring in to inform it?”

The 2 Broke Girls cocreator also revealed that the SATC sister series will offer something new for fans of the old show, noting, “This isn’t what was; it’s what’s next.”

The first two episodes of And Just Like That start streaming on HBO Max Thursday, December 9, with the next eight being released each subsequent Thursday.